Walking and texting: Should it be illegal while crossing streets? 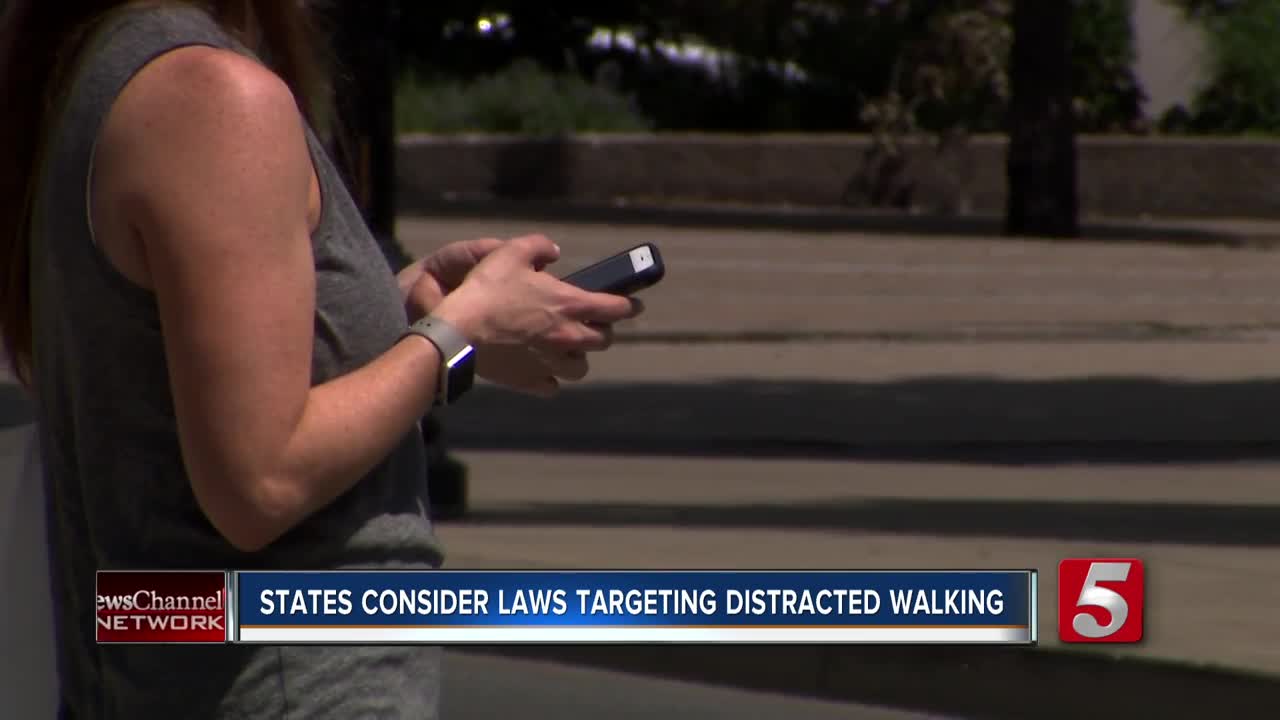 Many states have made texting while driving illegal, but New York state and numerous others are considering making it illegal for pedestrians to text or use social media while crossing the street. 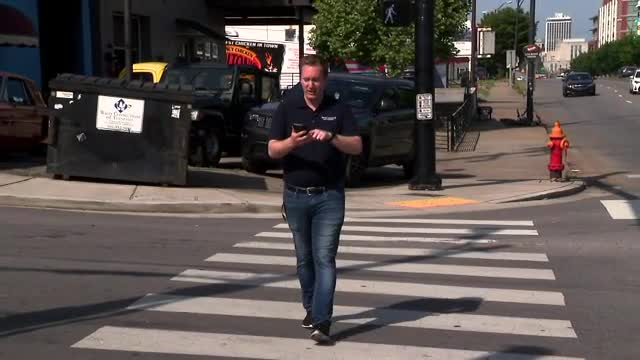 NASHVILLE, Tenn. (WTVF) — Laws against texting while driving have been passed all around the country, including in Tennessee, in hopes to cut down on distracted driving, which can lead to deadly accidents, and now, some states are taking texting bans to a different part of the road: Crosswalks.

New York state lawmakers are considering a bill that would make it illegal for pedestrians to text, email, browse the internet, or use social media while crossing the street.

The city of Honolulu, Hawaii already passed a distracted walking law in 2017, with a minimum fine of $15 for the pedestrian's first offense, and increased fines for any further offenses.

According to NPR, the city of Honolulu cited a National Safety Council warning that when pedestrians use a cellphone, "this distraction can cause them to trip, cross roads unsafely or walk into motionless objects such as street signs, doors or walls."

Nora Kern, Executive Director for Walk Bike Nashville, said she's opposed to any such law, as it criminalizes pedestrians that are walking in a right-of-way, when the fault for any serious injury accidents, or accidents causing death, almost always is due to the driver of a vehicle.

“If you’re texting while walking, maybe you bump into things, maybe you look stupid, but if you’re texting while driving, there’s a very good chance you could seriously injure or harm someone else in the community," Kern said, adding that in her time studying fatal and injury car vs. pedestrian accidents in Nashville, they almost always happen at night, and they usually happen on similar streets.

Instead of putting a ban on using a phone will crossing the street, she believes those roads should be improved to prevent such accidents.