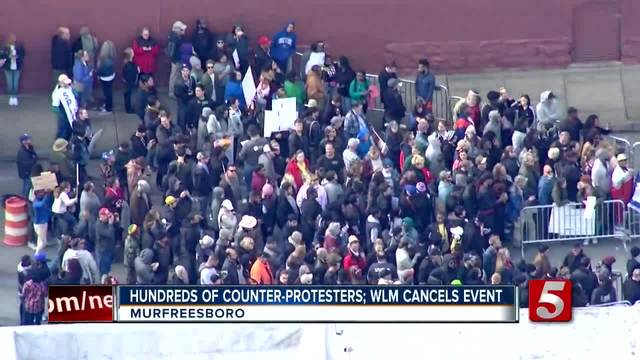 Two competing rallies that began in Shelbyville were expected to relocate about 25 miles north to Murfreesboro. However, those with the White Lives Matter group announced the rally in Murfreesboro was canceled around 3 p.m. Saturday. 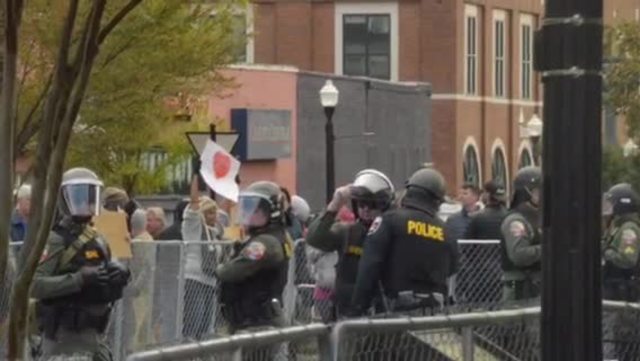 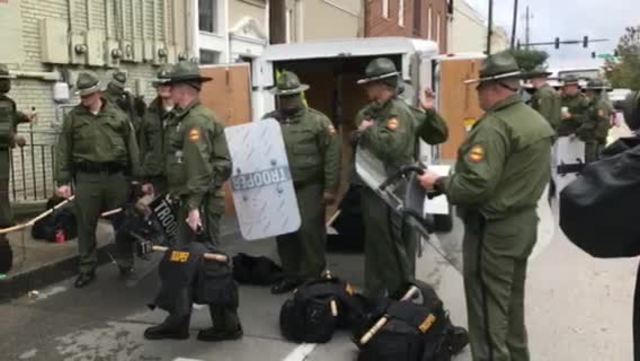 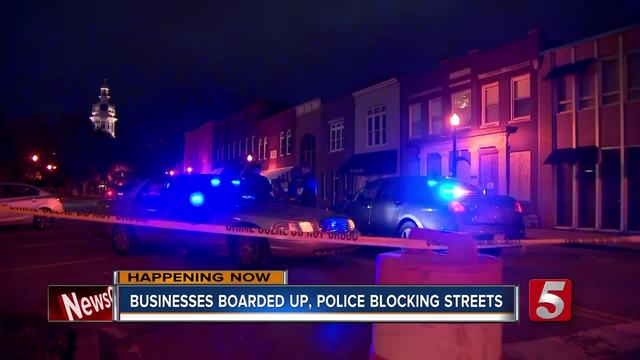 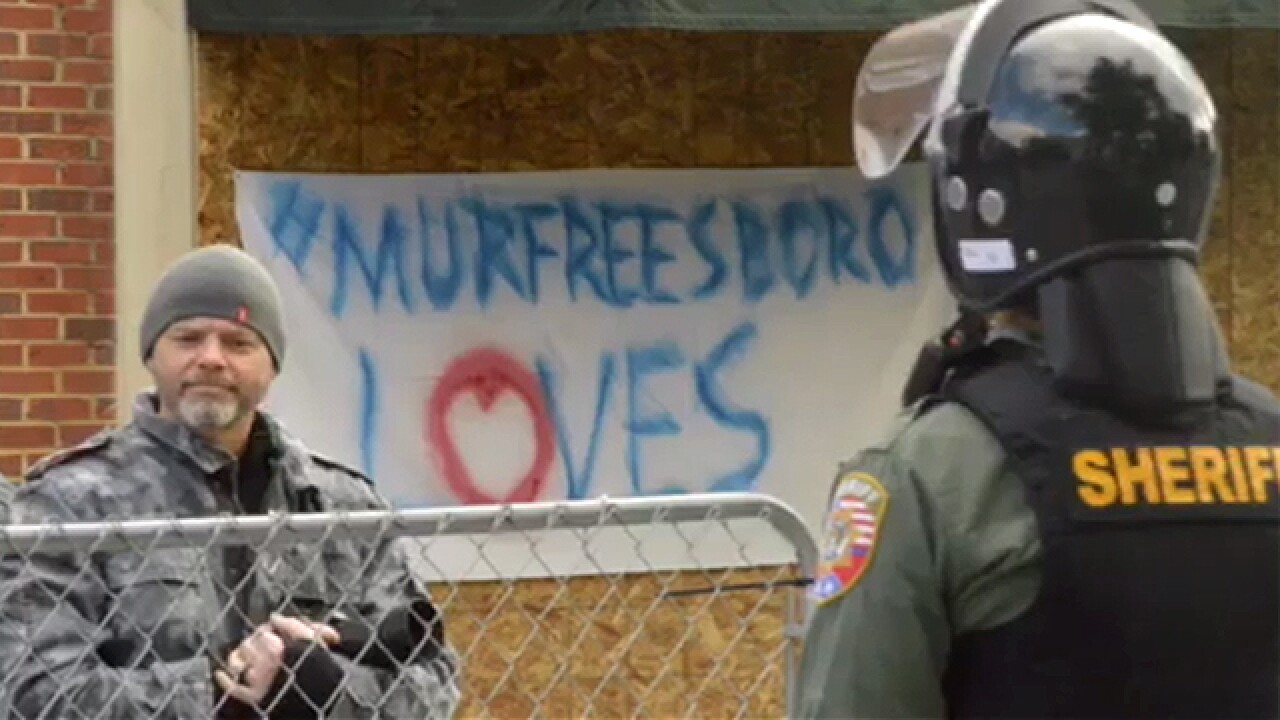 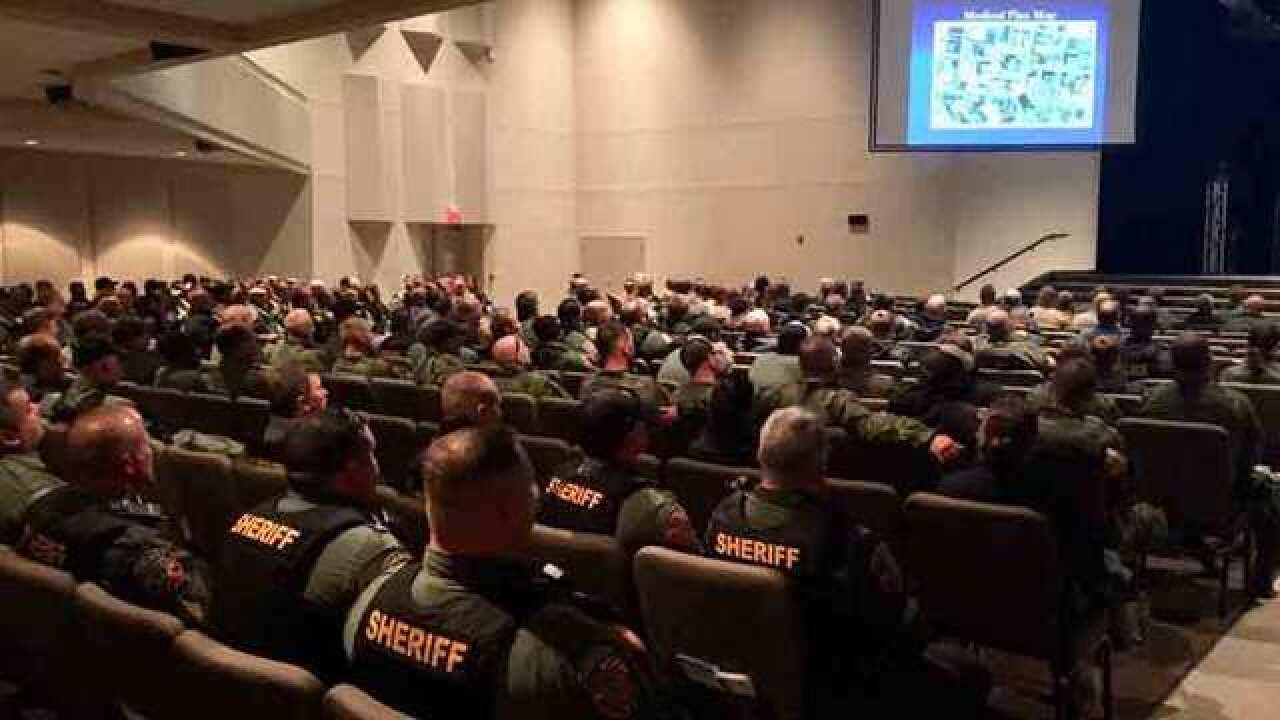 Two competing rallies that began in Shelbyville were expected to relocate about 25 miles north to Murfreesboro. However, those with the White Lives Matter group announced the rally in Murfreesboro was canceled around 3 p.m. Saturday.

City officials had been hopeful they would be able to avoid any problems when the rally was planned earlier in the month. Security was out in full force with many people making their way through security to get into the downtown area as the White Lives Matter group announced the rally was canceled.

Photos: Many Show Up Before White Nationalist Rally Canceled In Murfreesboro

Those with the group, The League of the South, had requested a permit for the rally; however, they cited multiple reasons for canceling Saturday afternoon, including the length of time it took to get through security in Shelbyville, and they also mentioned Murfreesboro not being worth the risk.

It took an hour to get through security in Shelbyville. Pushed back lunch. We have nothing to gain in Murfreesboro https://t.co/aNFy04OTq4

The White Lives Matter rally had been scheduled for the Murfreesboro Public Square from 1:30 p.m. through 4 p.m.

That area was shut down to both vehicle and pedestrian traffic Saturday morning after law enforcement swept the area for safety.

Thank you to our local and state public safety officials, and to all who spent today protecting the cities of Shelbyville and Murfreesboro.

Counter-protesters showed up in full force to the rally, and many were still going through security when the White Lives Matter group announced they would not be going to the rally. Officials in Murfreesboro confirmed there were around 800 to 1,000 counter-protesters.

“We are relieved everyone was safe and the downtown area was protected,” Sheriff Mike Fitzhugh and Interim Police Chief Michael Bowen said.

Due to pre-planning and the cancellation, authorities said no injuries or damage were reported. They added they were grateful to the citizens and law enforcement for keeping things safe.

At Barfield Crescent Park, a counter-protest had been planned with Murfreesboro Loves. However, shortly after the rally was canceled downtown, reports were received that some protesters had planned to head to the park.

Just before 4 p.m. officials announced they would be shutting the park down and had asked everyone to leave in order to prevent any possible violence. They also later confirmed the park would be closed until Sunday.

Not long after, authorities gathered at Henry Horton State Park in Chapel Hill where there were additional reports of protesters gathering following the cancellation in Murfreesboro. However, they stated they were on the scene to keep things safe, but there was no threat.

A group of white nationalists from the League of the South held a protest Saturday morning in Shelbyville to demonstrate in favor of the White Lives Matter movement. The group was one of several who marched in the August 2017 protest in Charlottesville, Virginia that ended in violence.

After announcing the group was sending people in to Tennessee to further their demonstration, a counter-protest was organized.

Voices were raised as the two groups started getting into place.

We've got our first confrontation between counter protestors and white nationalists @NC5pic.twitter.com/8vfysJu3Za

Several large trucks were used as road blocks to keep a rogue vehicles from driving into the crowd.

Counter-demonstrators also gathered about six miles away at Barfield Crescent Park and were only allowed to enter the Public Square on South Church Street and South Maple Street.

Everyone attending was being searched for weapons and masks.

VIDEO: Emotions are running high at the end of one of the security checkpoints. @NC5pic.twitter.com/oariykoRLH

In Shelbyville, there were no incidents other than one arrest for disorderly conduct when one man jumped over a barrier.