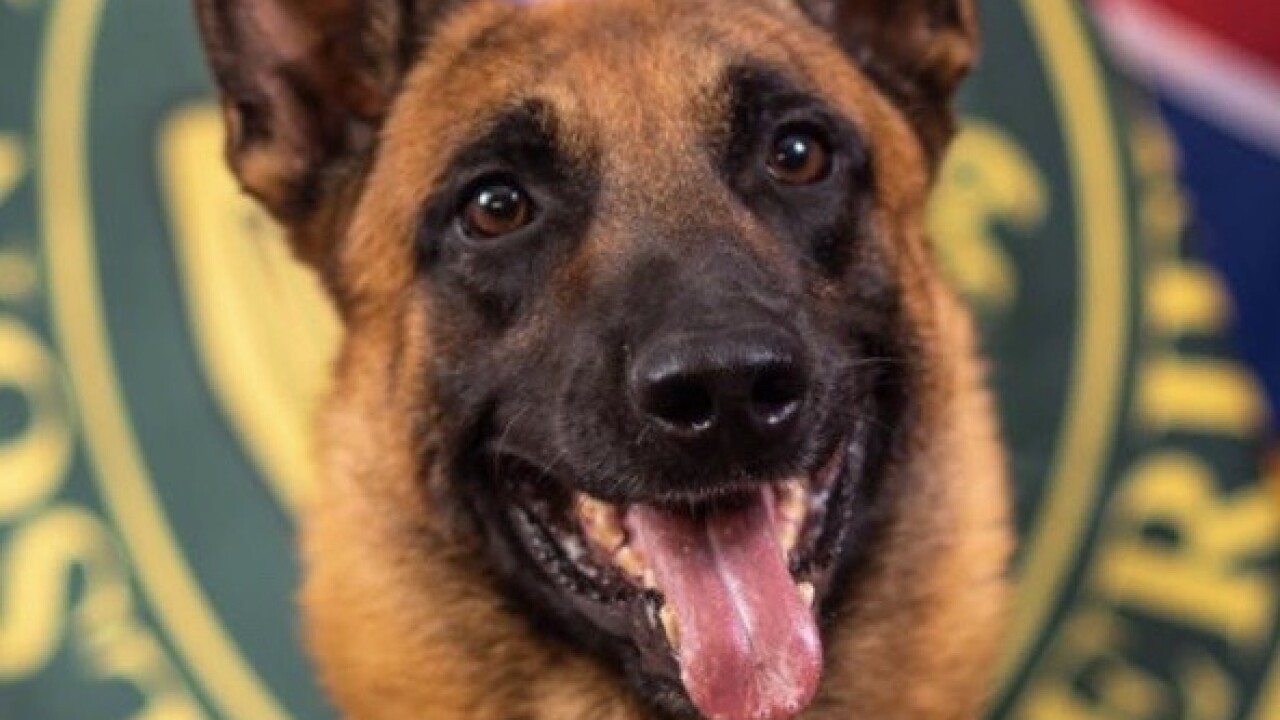 MOUNT JULIET, Tenn. (WTVF) — A Wilson County K-9 was responsible for finding a suspect who had run away from a crash in Gladeville Tuesday.

According to the Wilson County Sheriff's Office, deputies responded to the scene of a crash with injuries at the 8500 block of Stewarts Ferry Pike.

When deputies arrived, the driver who caused the crash ran into nearby woods.

Wilson County Deputy Jake Smith and his K-9, Boscoe, were requested to help with the search.

Just after 1:30 p.m., Boscoe found the suspect, who was identified as Terry Mooningham.

“We were able to get a good description of the suspect and was able to deploy Boscoe soon after the crash occurred,” stated Sheriff Robert Bryan. “Boscoe did an incredible job in tracking down and apprehending Mr. Mooningham. In situations like these, we appreciate the citizens in the immediate area who may have assisted us with information for deputies who responded to the scene.”