With an influx of absentee ballots expected, local election officials urge not to wait 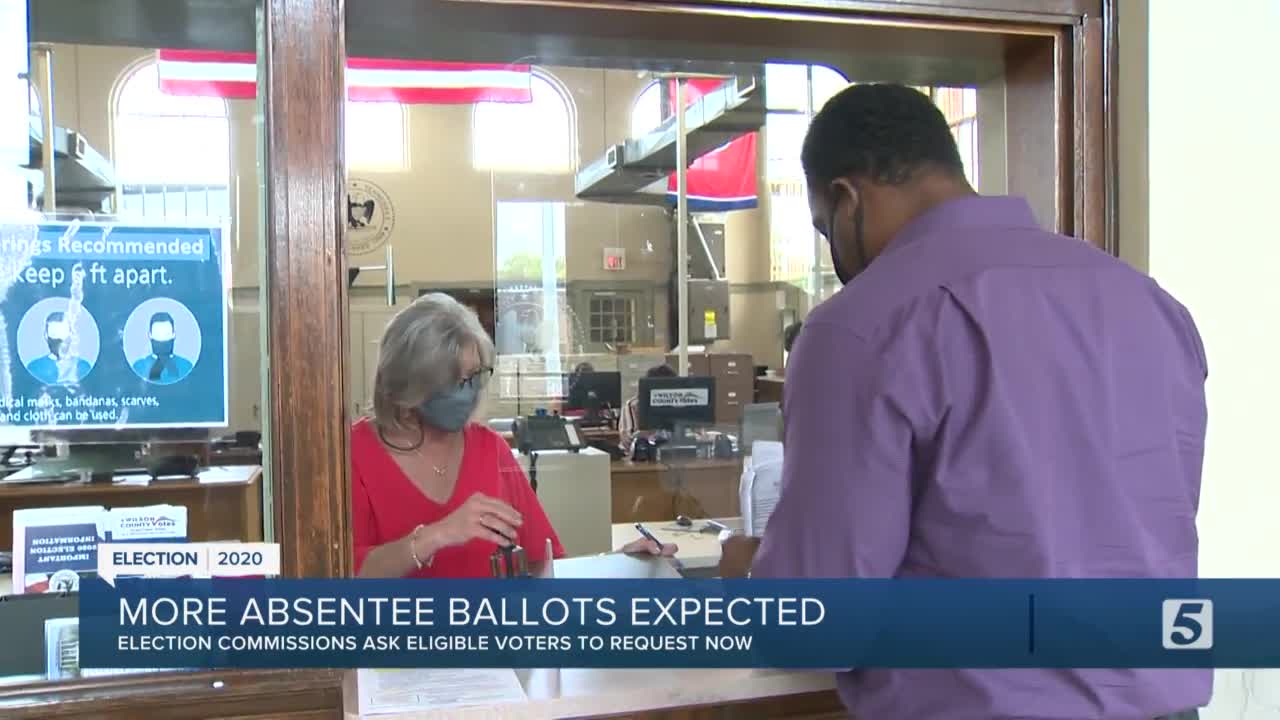 Wilson County Administrator of Elections Phillip Warren expects the number of absentee ballots to greatly surpass the total in 2016. Around 25,000 people voted in the August primary, with about 11% voting by mail. Only about 1% of the 61,000 voters in the 2016 election voted with an absentee ballot.

"Procrastination and absentee voting do not go together. If somebody wants to vote absentee, go ahead and get it done," Phillips said.

In Davidson County, more than 27,000 people voted by mail in August. Jeff Roberts of the Davidson County Election Commission projects the number to reach around 100,000 for the November election.

Registered voters have been able to apply for an absentee ballot since August 5 and can do so up until October 27. The ballots are not automatically sent to each voter. They must mail or fax the application, which can be found online, to their local election commission. The ballots are expected to be sent out around mid-September.

Absentee ballots must also be mailed to the election commission, according to Tennessee law. Unlike other states, Tennessee does not offer drop-off boxes for the ballots.

"The law is what the law is and we certainly work within the law. I don’t anticipate the general assembly will come back and change the law," Tennessee Coordinator of Elections Mark Goins told NewsChannel 5.

There have been concerns about mail-in ballots arriving to time to election officials with potential issues surrounding the U.S. Postal Service. On Tuesday, the Postmaster General announced delaying policies that would remove mail boxes, close sorting centers and cancel delivery runs until the end of the election.

The decision came after mounting pressure from lawmakers and civil rights groups concerned that it would hinder mail-in voting, an option many are choosing because of the COVID-19 pandemic.

Both Goins and Warren said there is a good working relationship with polling officials and local post offices to make sure ballots are counted. Warren said he has no concerns knowing how the August primary went.

There are several reasons that would allow Tennesseans to vote absentee which include being older than 60 years old, being "hospitalized, ill or physically disabled and unable to appear" at a polling location and being a caretaker. The full list can be found in this link.

More than a million of Tennessee voters in 2016 were 60 and older.

The Tennessee Supreme Court overturned a ruling that would have allowed all eligible voters to use absentee ballots. Fear of COVID-19 alone is not enough to be granted. However, Goins said underlying conditions that may make a person more vulnerable to COVID-19 or testing positive for the virus and having to quarantine are exceptions.

A statement or a note from a physician is not required unless the voter is part of a permanent absentee list, which requires a doctor to say the person is unable to go to the polling location and will need an absentee application automatically sent to them.

The Davidson County Election Commission has echoed the statement to mark and mail back ballots once they arrive. The office said there is an option for last-minute absentee ballot voters. Those individuals can take their ballot to the USPS at 901 Broadway where the official post office box is located for the election office. First-class postage is required before the clerk at the post office can stamp it with the date and place it in the commissions box.