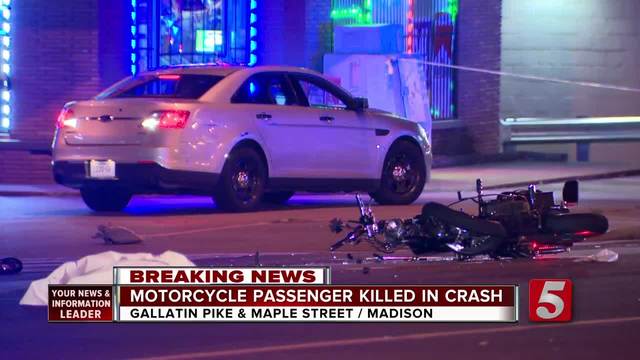 A woman was killed overnight in a motorcycle crash in Madison. 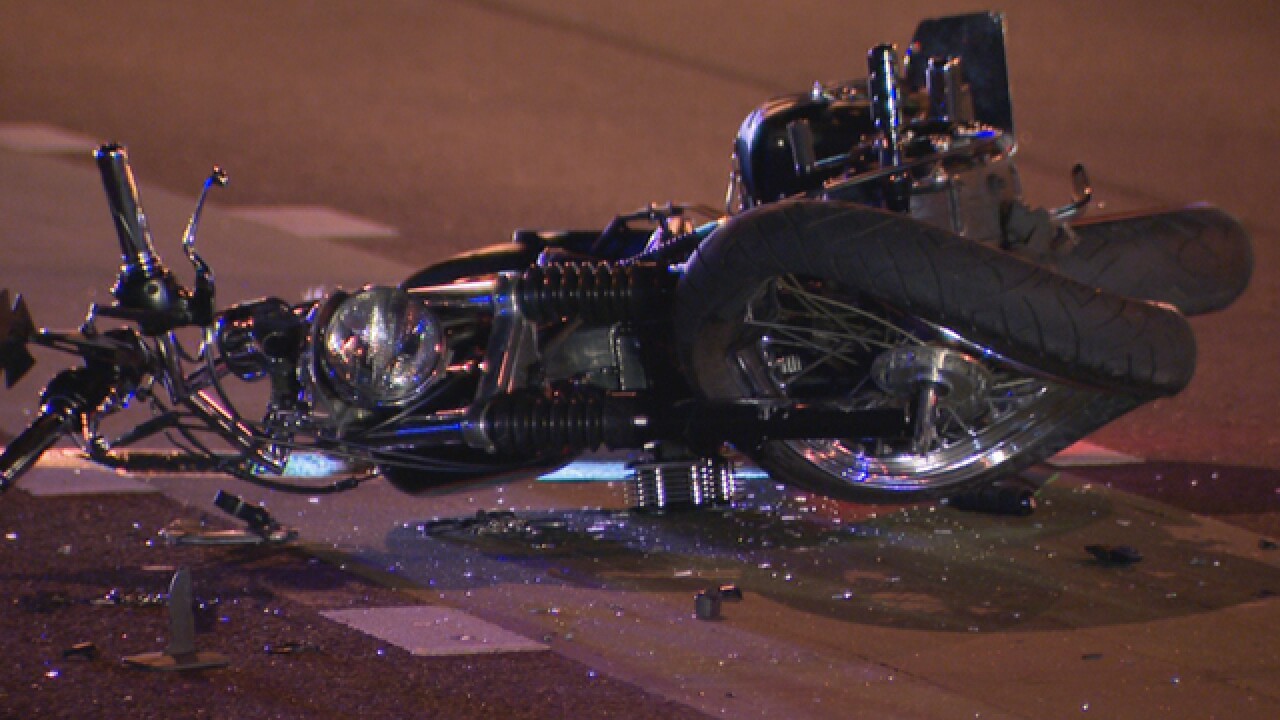 A woman was killed overnight in a motorcycle crash in Madison.

The wreck happened before midnight Wednesday at the intersection of Gallatin Pike South and Maple Lane.

According to reports, the woman, identified as 36-year-old Christina Valentino, was a passenger on a Harley Davidson driven by 43-year-old Carl Hopper.

Authorities said Hopper was traveling north on Gallatin Pike when a southbound driver in a Toyota RAV4, identified as 50-year-old Samir Guirguis, turned left onto Maple Lane. Officials said he turned in the path of the motorcycle.

Both Hopper and Valentino were thrown from the motorcycle, and authorities confirmed Valentino was hit by a southbound car that fled from the scene.

The victims were taken to Skyline Medical Center. Valentino passed away, and Hopper was being treated for serious injuries.

Guirguis was not injured. He reported he did not see the motorcycle before the crash.

The cause of the crash appeared to be Guirguis' failure to yield to the motorcycle, but authorities said there was also evidence of alcohol involvement on Hopper's part.

The crash remained under investigation, and no charges had been announced yet.

Investigators said they're also trying to identify the driver of the car that left the scene. That vehicle has been described as a newer, white mid-sized sedan. Anyone with information has been asked to call Crime Stoppers at 615-742-7463.