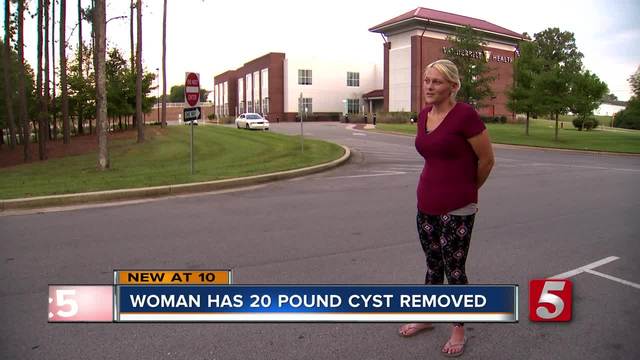 After living in pain for five years, a Robertson County mother has a new lease on life after a 20 pound cyst was removed from her stomach. 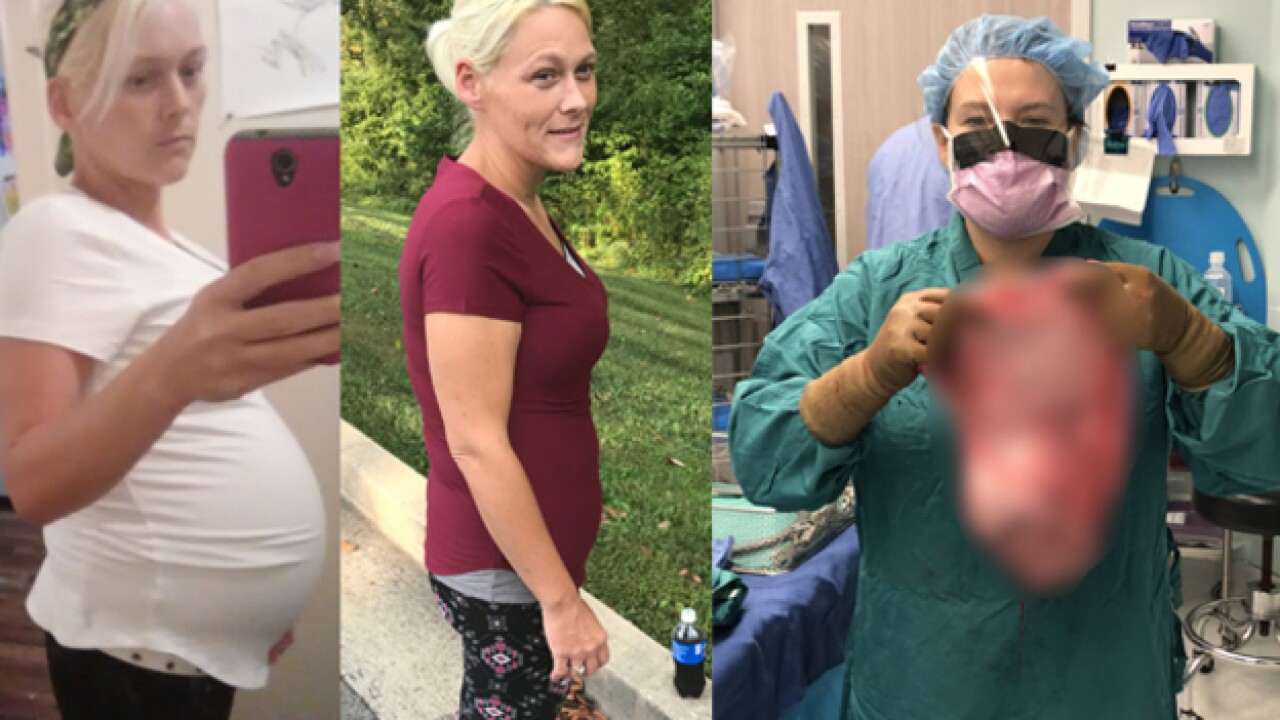 After living in pain for five years, a Robertson County mother has a new lease on life after a 20 pound cyst was removed from her stomach.

“I’m still sore, and I’ve got an uphill battle, but it’s worth it,” said Ashley Walden. A 32-year-old mother of three.

Walden said she first went to the doctor five years ago when she felt pain in her abdomen.  Her doctor at the time diagnosed her with a benign ovarian cyst.  However, Walden said the pain continued to get worse, and she started gaining weight.  In just a few months, she looked like she was six months pregnant.

“I took a couple of pregnancy tests,” said Walden.  “They came back negative.  I ended up in the emergency room because I was hurting so bad.  That is when they found out the cyst hit a growth spurt.”

“She was walking down the hallway, and could barely walk,” said Dr. Dowell.

“I am very grateful she was able to get it out,” said Walden.  “I’m here today for my kids because of her.”

Walden said in hindsight, she wished she had the surgery sooner.  She encouraged other women to make their health a top priority.

“It’s not worth it, putting your health off,” said Walden.  “One day it might be too late.”

Dr. Dowell said ovarian cysts are relatively common, and most are harmless.  Symptoms include abdominal pain, fullness or heaviness in the abdomen, or bloating.  She encouraged women who have concerns to talk to their doctors immediately.  Regular exams can help catch the cysts quickly.

“A good gynecologist will always listen to your concerns, do an exam and run the necessary tests,” said Dr. Walden.

Now Walden said she is focused on her recovery and getting back to normal so she can care for her kids.