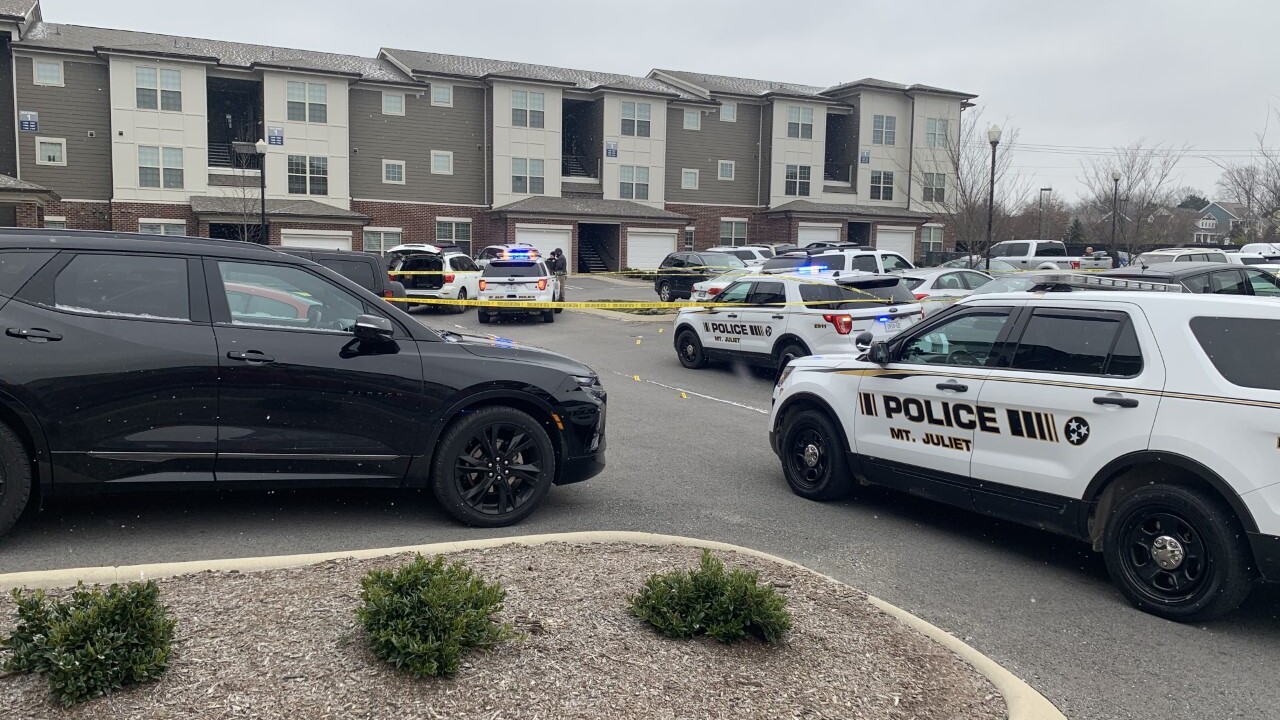 MT. JULIET, Tenn. (WTVF) — A woman was critically injured after being shot in the parking lot of a Mt. Juliet apartment complex Monday morning.

When officers responded to the scene around 8:30 Monday morning, they found the woman on the ground and immediately began life-saving efforts. She had numerous gunshot wounds to various parts of her body. They quickly determined that Riggs was the suspect. He was spotted nearby and arrested shortly after the shooting.

An investigation is underway after an adult female was shot in the parking lot at Meridian at Providence apartments. A suspect is in-custody, and it appears to be domestic-related violence. The victim was transported with life-threatening injuries. pic.twitter.com/dqZcYqT7iM

The woman was rushed to Vanderbilt University Medical Center, where she remains in critical but stable condition.

Riggs lives with the woman at the apartment complex, and he admitted to police that he shot her multiple times. A nearby witness also heard the incident and called police and was able to give a detailed suspect description.

Riggs was charged with attempted criminal homicide. The investigation remains on-going as detectives continue to evaluate all aspects of this incident.