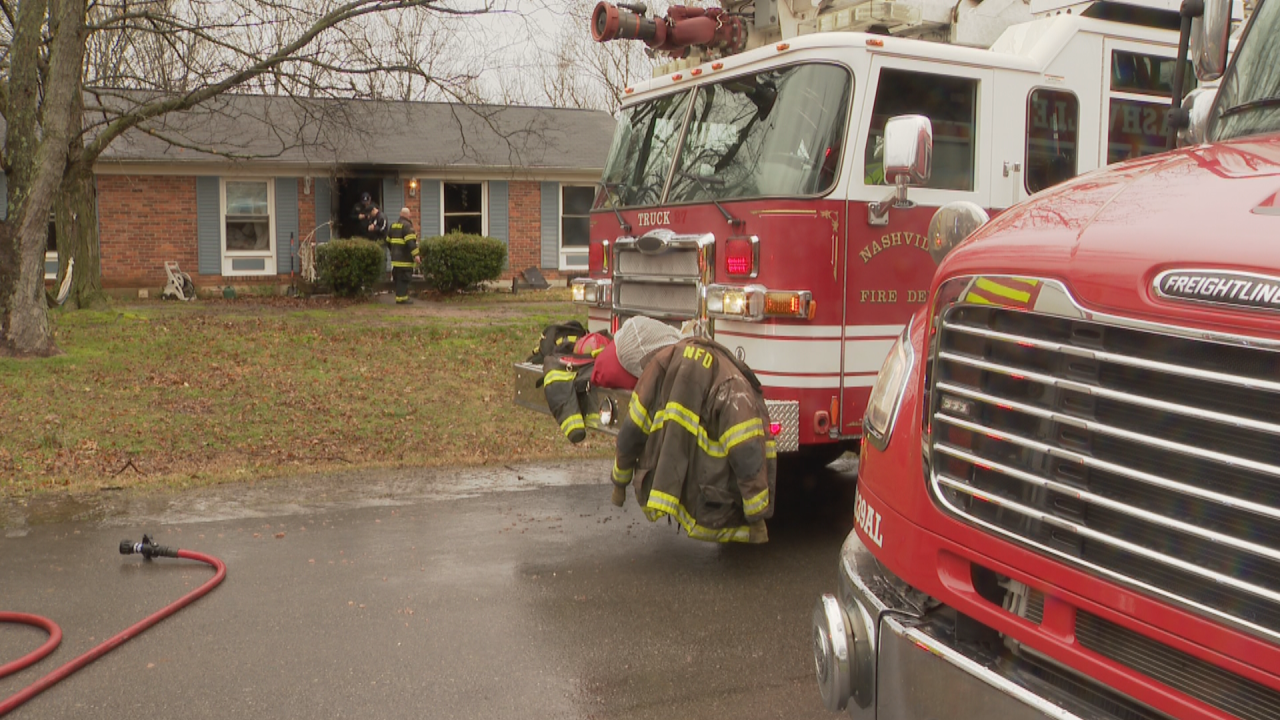 NASHVILLE, Tenn. (WTVF) — A Nashville woman went to the hospital following a house fire that broke out on Tuesday morning.

Fire investigators said the fire was sparked when the woman was smoking while connected to an oxygen tank.

"The occupant was smoking while her O2 was connected to her body and that caused a trail of fire all the way back to her O2 tanks in her room, and that's what actually caused the fire," said Kendra Loney with the Nashville Fire Department.

When the fire broke out, she made it to her front porch, but had to be carried away from the house by a fire chief.

The woman was treated for burns on the right side of her legs and smoke inhalation.

A dog inside the home did not survive the fire.