2 tankers attacked near Iranian coast: Who is behind it? 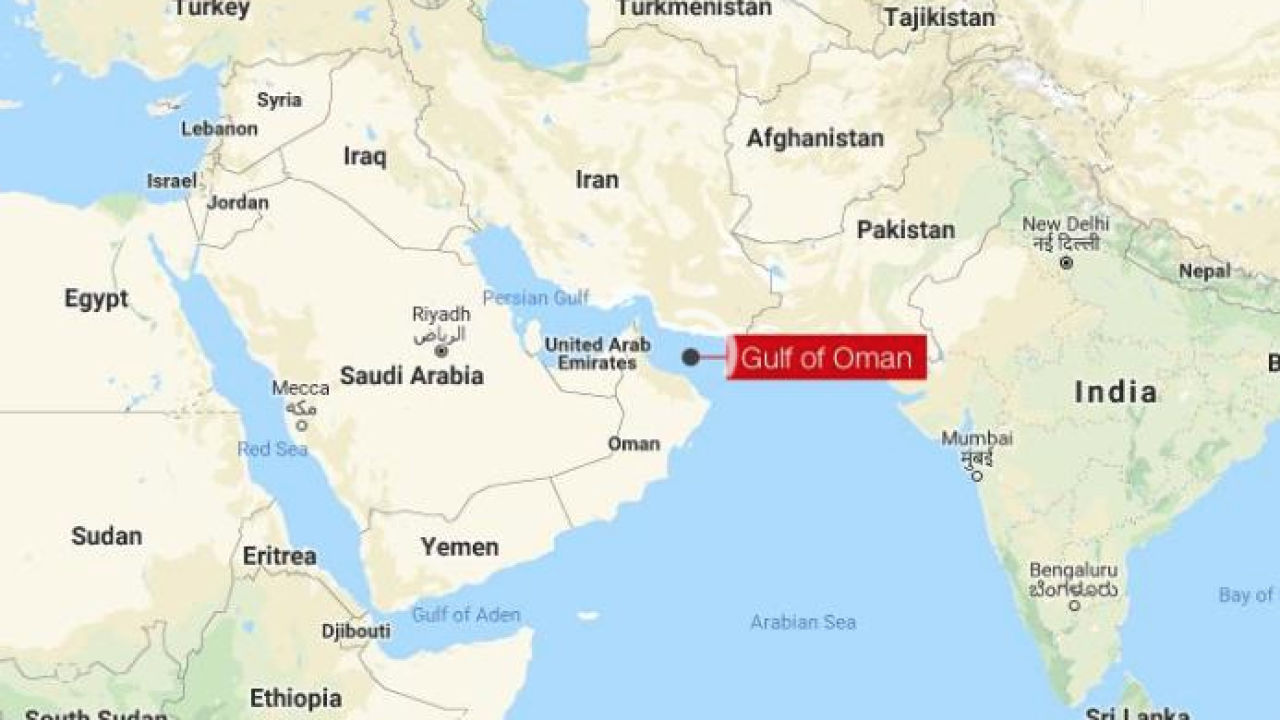 Two tankers were apparently attacked in the Gulf of Oman Thursday, less than a month after four other ships were struck in the region.

The two ships — one carrying oil and the other transporting a cargo of chemicals — were struck near the strategically important Strait of Hormuz.

All crew members were evacuated and were safe, according to the owners of the two ships. The US Navy said it was providing assistance.

The owners of the "Front Altair" oil tanker, Bermuda-based Frontline, said a fire broke out after an explosion. The cause of the blast was unclear, the company said.

The first shot hit the tanker above the sea level and the ship caught fire briefly before it was extinguished, he said. Yuube said that the incident happened off the Emirati port of Fujairah, near the Strait of Hormuz. The vessel was carrying a shipment of methanol, he said.

All 21 Philippine crew members were evacuated Yuube added. The ship's Singapore-based management company, BSM, said that a sailor had been injured and that the vessel had suffered damage to its hull.

The incidents come after four oil tankers were attacked off the coast of the United Arab Emirates in May, which the US suspected was the responsibility of Iran.

The Japanese government said both tankers were carrying "Japan-related" cargo. Japan's Prime Minister Shinzo Abe is currently on a visit to Iran.

The 44 sailors and crew members of the two ships affected by the incident were rescued by Iran's Navy and are now on the Iranian Island of Jask, according to Iran state-run news agency IRNA, citing Iranian informed sources.

The report claimed the ships were "targeted" but did not detail by whom, or what.

The US Government said in a tweet the US Navy is providing assistance in the area.

Thursday's incident follows the May attack on four oil tankers in the United Arab Emirates' port of Fujairah, where initial findings from an international investigation concluded that a "state actor" was the most likely culprit.

The UAE, Saudi Arabia and Norway told the United Nations Security Council last week that there are "strong indications that the four attacks in May were part of a sophisticated and coordinated operation carried out with significant operational capacity."

Of the four commercial ships targeted in the May 12 attack, one was flying a UAE flag, two were tankers owned by Saudi Arabia, and the fourth was a Norwegian tanker.

The four ships were targeted near the strategic Fujairah port, in what the UAE described as a "sabotage attack."

US national security adviser John Bolton has blamed Iran for the attack, without offering evidence that Tehran was responsible.

"I think it is clear these (attacks) were naval mines almost certainly from Iran," Bolton told reporters during a visit to Abu Dhabi in late May.

Diplomats said the assessment of the damage to the four vessels and chemical analysis of the debris recovered in May revealed "it was highly likely that limpet mines' were deployed."

In a printed statement describing the conclusions, the UAE, Saudi Arabia and Norway said the attacks required trained divers, explosive charges placed under the waterline, near the engines, so as to not sink the ships or detonate their cargoes, which indicated a knowledge of the design of the targeted ships. The countries say rapid withdrawal of the plotters by fast boats indicated understanding of the geographic area.