20 confirmed dead, 31 injured in mass shooting at mall in Thailand 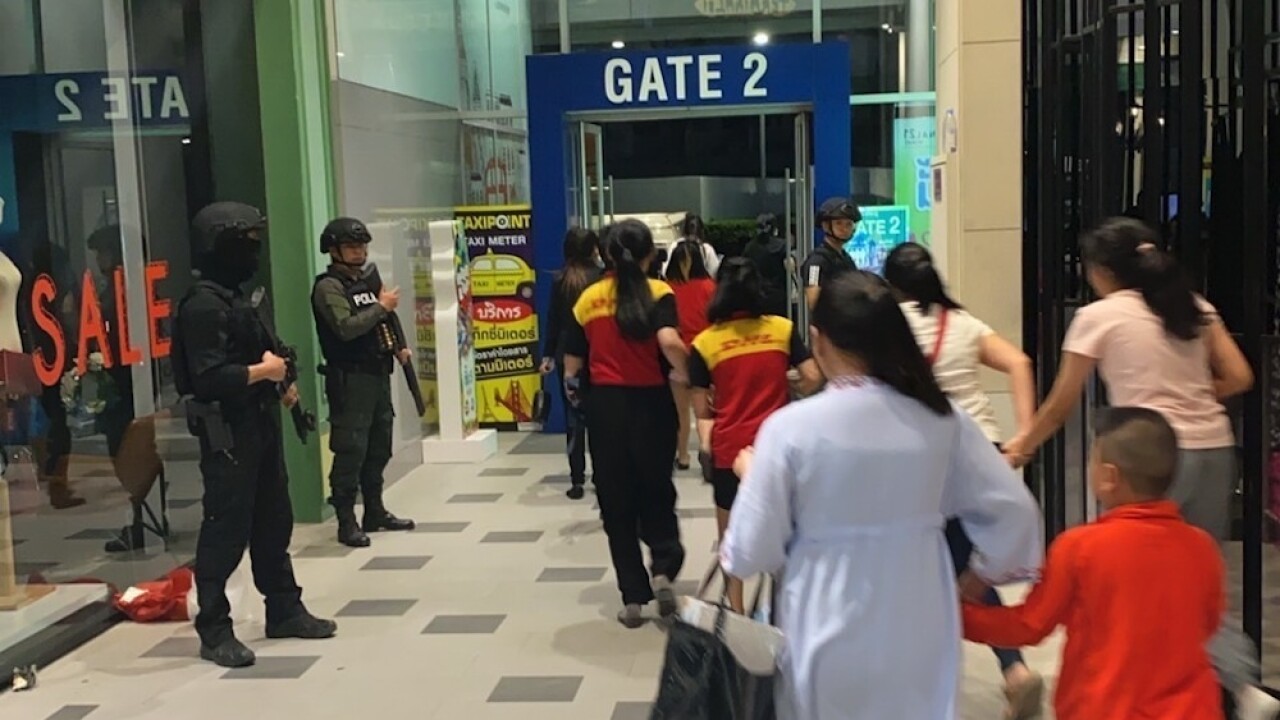 A Cabinet minister in Thailand says at least 20 people have been killed and 31 injured in a mass shooting.

The gunman, described by police as a soldier angry over a land dispute, holed up in a popular shopping mall in northeastern Thailand.

Police say they now have secured the mall.

Public Health Minister Anutin Charnvirakul says there are no more bodies left inside the building. However, he says, “we don't know whether there are any additional injuries or deaths or not.”

He did not say whether the shooter had been found.