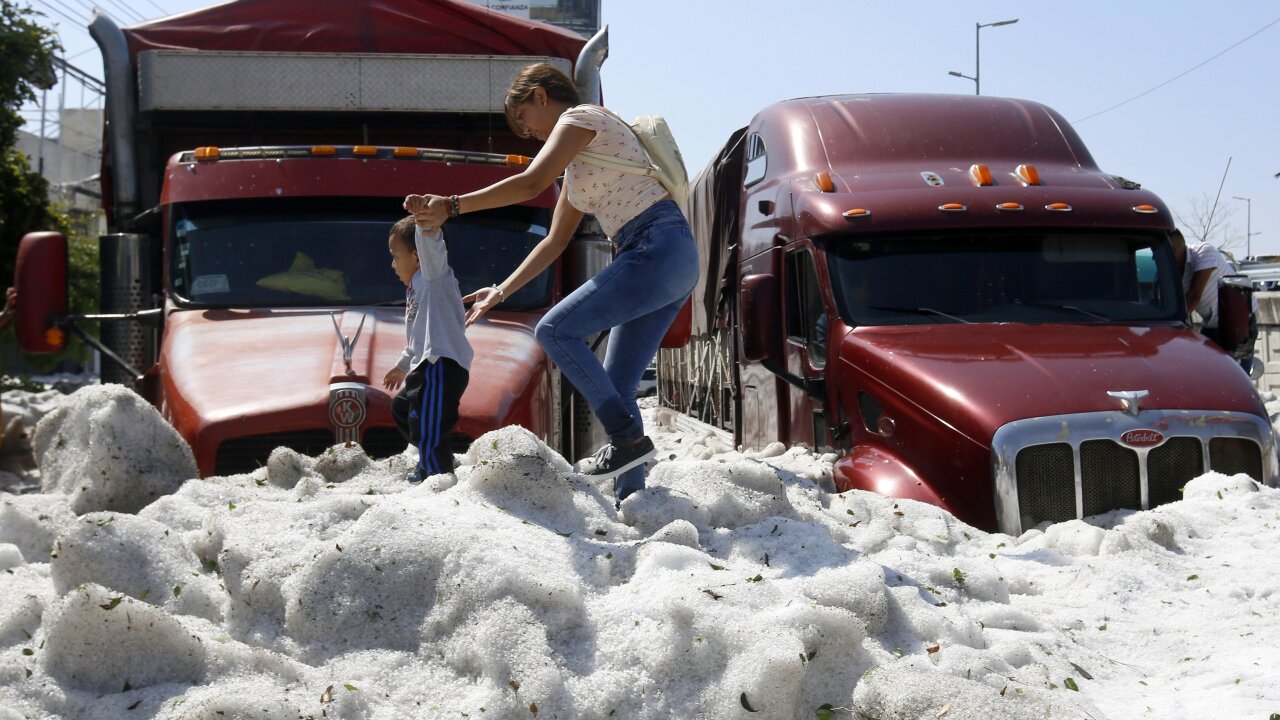 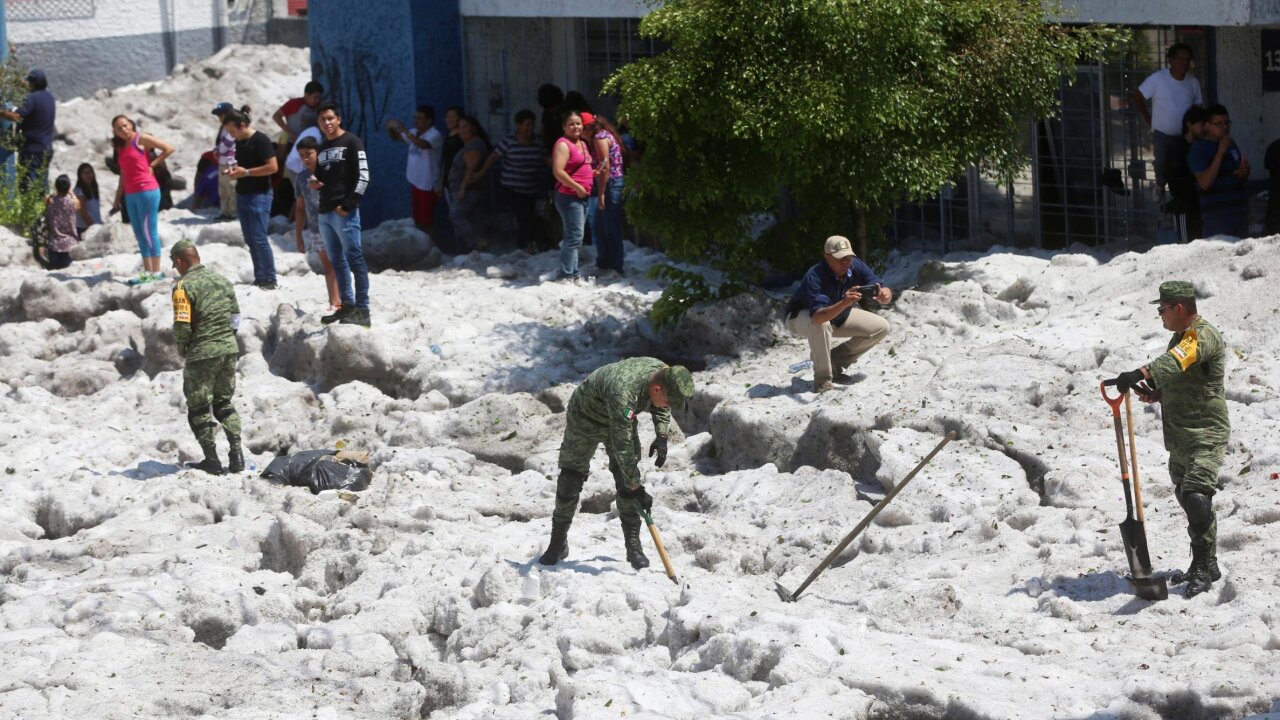 Guadalajara had been enjoying a sweaty summer for the past few weeks until the weekend brought a shocking surprise.

The Mexican city woke up Sunday morning to more than 3 feet of ice in some areas after a heavy hailstorm swept through the region.

As government officials scrambled to contain the damage and clear up roads, residents captured jaw-dropping footage of vehicles and residences swallowed by ice.

Enrique Alfaro Ramirez, the governor of Jalisco, of which Guadalajara is the capital, said he'd never witnessed scenes like those he saw Sunday morning.

"Hail more than a meter high, and then we wonder if climate change exists," he said on Twitter.

The government of Jalisco has been working with the Mexican Army and Guadalajara and Tlaquepaque authorities to clean and remove hail from all public roads, the governor said, as well as support citizens whose homes were affected.

Ramirez said Sunday afternoon there had not been any reported injuries or fatalities.

So, how did this happen?

Low pressure extending south from the US and Mexico border had been forecast to contribute to developing storms along the boundary separating different air masses, CNN Meteorologist Michael Guy said.

"Once these storms developed, all the ingredients came together for there to be this strange hailstorm over Guadalajara," he said.

The result -- accumulations of more than 3 feet of hail in some areas across the region, Guy said.

"The last storm along the front died out and created an outflow boundary," and the city's mountainous location helped a new storm rapidly develop, Guy added.

The city is nearly 5,000 feet above sea level and usually maintains a temperate climate, Guy said. The summer months are often rainy and severe weather isn't unheard of, because of the city's elevation.

The rainy season is considered June through September, Guy said.

"However, this was a case where atmospheric and topographic ingredients came into play to cause a freakish hail storm," he said.