Alan Turing, World War II code-breaker castrated for being gay, is the face of Britain's £50 note 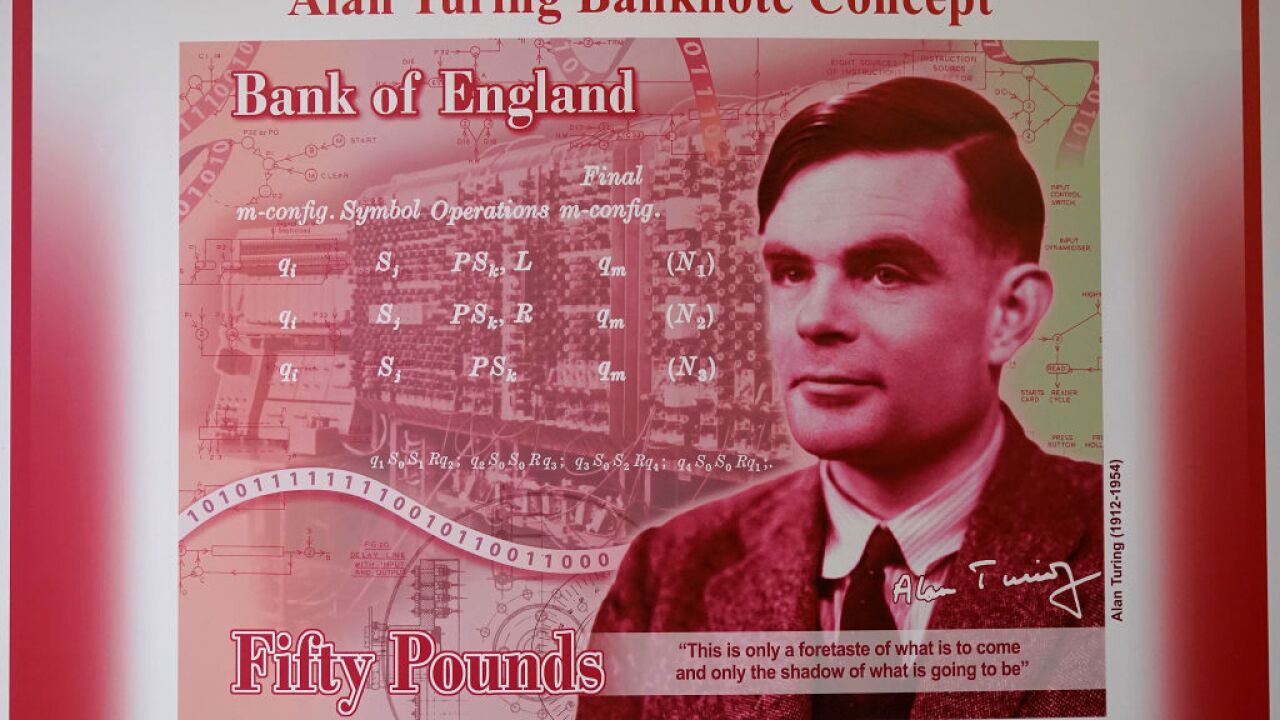 Alan Turing, a crack code-breaker and visionary mathematician who was convicted under Victorian-era homophobic laws, will be the face of Britain's new £50 note.

Bank of England Governor Mark Carney announced Monday that Turing, who killed himself in 1954 after he was subjected to chemical castration, will appear on the new polymer note by the end of 2021.

In a statement, Carney lauded the Englishman as an "outstanding mathematician" and "a giant on whose shoulders so many now stand."

"As the father of computer science and artificial intelligence, as well as war hero, Alan Turing's contributions were far ranging and path breaking," the central banker said.

Turing is best known for his work at Bletchley Park, where UK cryptologists sought to decipher messages sent by the Nazis. His efforts to crack Germany's Enigma code were the subject of the 2014 film "The Imitation Game."

He also played a pivotal role in developing computers, and early thinking about artificial intelligence.

In 1937, he published a paper introducing an idea that came to be known as the Turing machine, which is considered to have formed the basis of modern computing. This was a hypothetical device that could come up with a solution to any problem that is computable.

The note's design reflects Turing's work. It features a ticker tape of binary code that spells out his birthday (June 23, 1912), and depicts the "British Bombe" machine that helped break the Enigma code.

It also includes a quote Turing gave to The Times newspaper in 1949: "This is only a foretaste of what is to come, and only the shadow of what is going to be."

Supporters have long campaigned for Turing to receive greater recognition for his work and official acknowledgment that his conviction for homosexual activity was wrong.

Two years after choosing castration to avoid a custodial sentence, he ended his life at the age of 41 by eating an apple laced with cyanide.

Sex between men over the age of 21 was decriminalized in England and Wales in 1967. However the law was not changed in Scotland until 1980 and in Northern Ireland until 1982.

British Prime Minister Gordon Brown apologized for Turing's treatment by the justice system in the 1950s after thousands of people signed a petition in 2009.