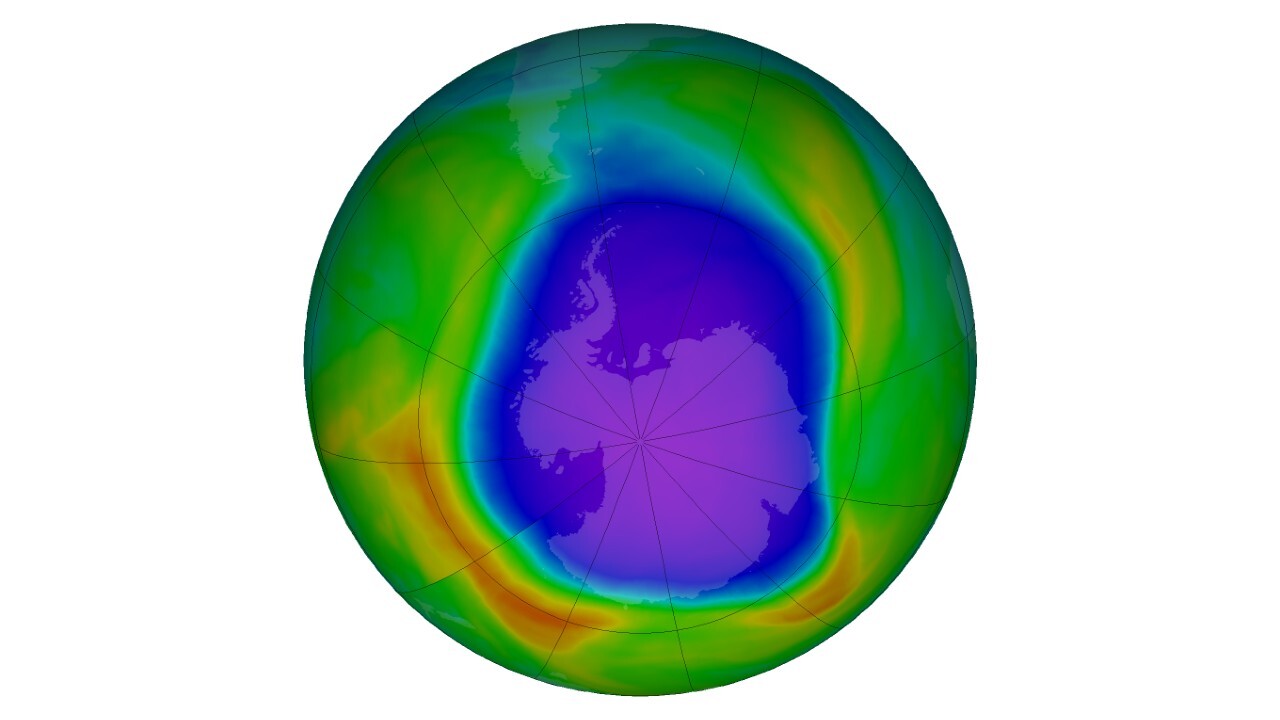 NASA
Ozone hole over Antarctica as of 05 October 2020

GENEVA (AP) — The European Union’s Earth observation program says the ozone hole over Antarctica has swelled to its largest size and deepest level in years.

Experts at the Copernicus Atmospheric Monitoring Service say a strong, stable and cold polar vortex has driven the expansion, and have called for greater international efforts to ensure countries abide by an international accord to phase out use of ozone-depleting chemicals.

Vincent-Henri Peuch, who heads the service, said in a statement that the ozone hole was “definitely” among the largest in the last 15 years.

“With the sunlight returning to the South Pole in the last weeks, we saw continued ozone depletion over the area,” Peuch said. “After the unusually small and short-lived ozone hole in 2019, which was driven by special meteorological conditions, we are registering a rather large one again this year, which confirms that we need to continue enforcing the Montreal Protocol banning emissions of ozone depleting chemicals.”

Since the ban on halocarbons, officials say the ozone layer has slowly been recovering and data shows a trend in decreasing area of the ozone hole.

Ozone depletion over the Antarctic continent was first noticed in 1985.