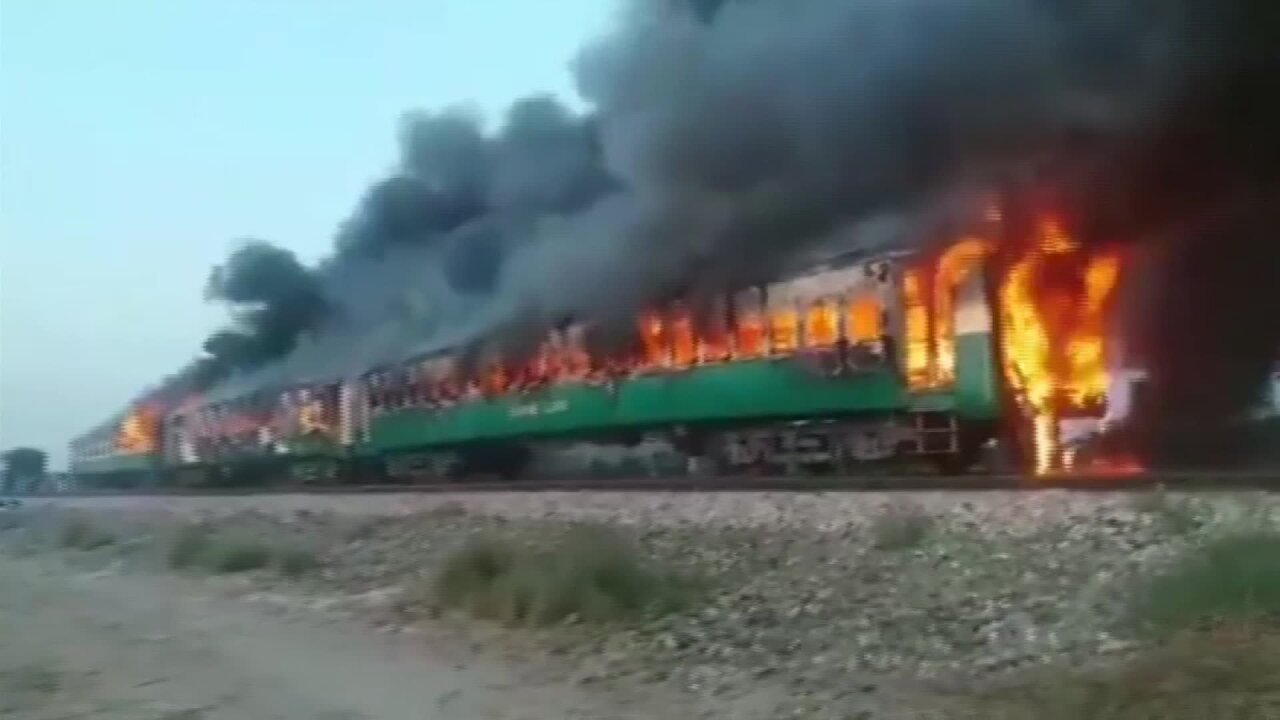 At least 70 people have died after a gas canister exploded in a train in Pakistan , authorities said.

The train was passing through the Punjab city of Rahim Yar Khan on Thursday morning when the cylinder exploded, causing a fire which spread through the train, according to local police officer Amir Taimoor.

Seventy people are dead and another 30 are injured, said Nadeem Zia, the medical supervisor of District Headquarters Hospital in Liaquatpur, a city in Rahim Yar Khan district.

Earlier, Taimoor said that around a dozen people are critically injured. Army troops, paramedics, and an army aviation helicopter are currently on site.

Although gas cylinders are banned on trains, passengers were using gas-powered cookers to prepare breakfast inside the train carriage when the explosion occurred, Taimoor added.

He added that many of the people on board the train were heading to a protest in the Pakistani capital of Islamabad, about 800 kilometers (500 miles) from Rahim Yar Khan.

The train was running on the Tezgam line, a daily service that goes from the coastal city of Karachi to the northern city of Rawalpindi.