Internet shut off, military deployed amid protests over citizenship bill passes in India

Troops have been deployed to India's ethnically diverse northeastern states of Assam and Tripura, amid violent protests against the passing of a controversial and far-reaching law that offers a path to Indian citizenship for non-Muslim minorities from three neighboring countries. 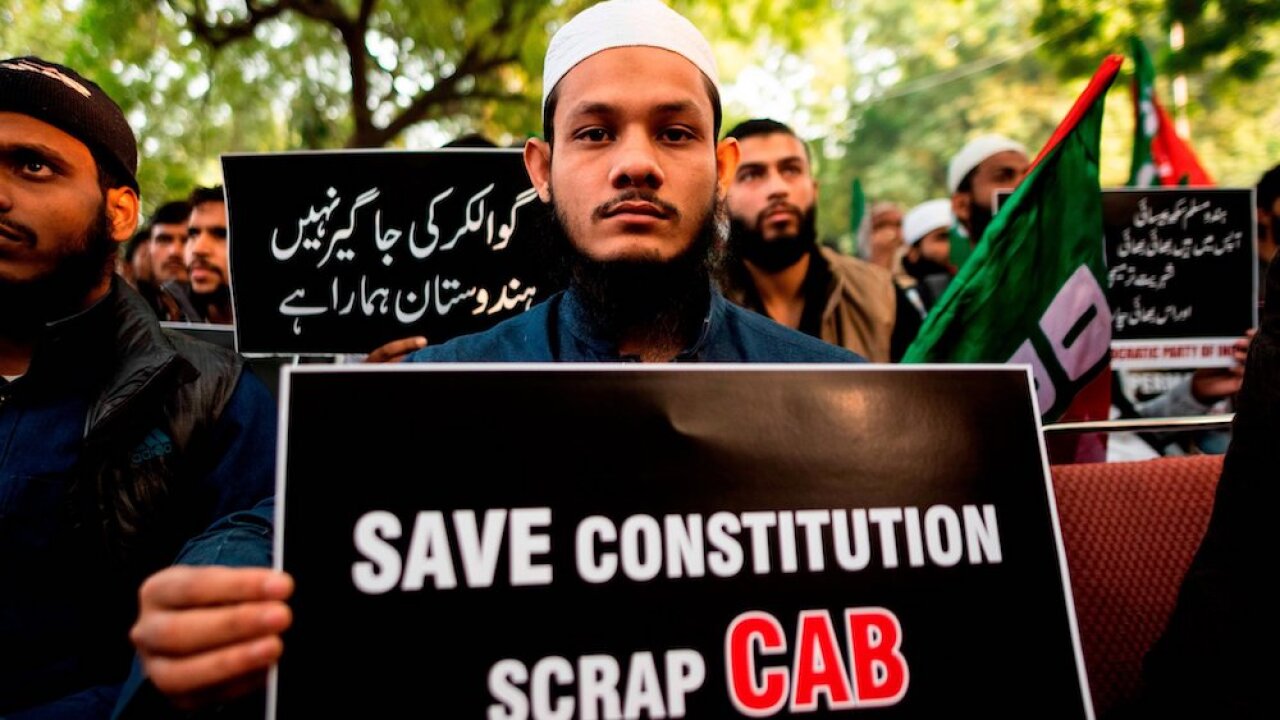 Troops have been deployed to India's ethnically diverse northeastern states of Assam and Tripura, amid violent protests against the passing of a controversial and far-reaching law that offers a path to Indian citizenship for non-Muslim minorities from three neighboring countries.

The Citizenship Amendment Bill, which was passed by the country's parliament on Wednesday, has been described by Prime Minister Narendra Modi 's Hindu nationalist government as a means of protecting vulnerable groups from persecution.

Critics, however, say the bill marginalizes Muslims and undermines the country's secular constitution. Others say it risks bringing an unwanted influx of immigrants from Bangladesh, Pakistan and Afghanistan into India's northern states.

Indigenous groups in both states fear naturalizing large numbers of immigrants will change the region's demographics and way of life. India's northeast is home to more than 200 distinct indigenous minority groups. Both Assam and Tripura share a border with Bangladesh and some see the arrival of foreigners as a cultural threat regardless of religion; for others, anti-immigrant sentiment remains closely tied to religious divisions.

Images from the protests show crowds chanting slogans and holding signs that read, "We are Assamese and proud" and "Tripura is not the dumping ground of illegal migrants."

Police arrested and clashed with the protesters, using batons and firing tear gas. Around 1,800 people have been detained in Tripura since Wednesday, according to Rajiv Singh of the Tripura police force.

On Thursday, Indian military and paramilitary forces were deployed across the two states. In the Assam capital of Guwahati, the state's largest and most important city, authorities have shut down the internet "for an indefinite period," and announced a curfew.

Transit has also been affected by the unrest, with two domestic airlines canceling all flights to Assam Thursday.

National and local leaders are now calling for calm and order, with Modi appealing directly to Assam residents.

"I want to assure them -- no one can take away your rights, unique identity and beautiful culture. It will continue to flourish and grow," said Modi.

The bill, which will now be sent to the President to be signed into law, was approved in India's upper house Wednesday by a margin of 125-105, having previously passed the lower house 311-80.

Opponents of the bill say it is another example of how Modi and his his ruling Bharatiya Janata Party (BJP) have pushed an agenda of Hindu nationalism onto secular India, a country of 1.3 billion people, at the expense of the Muslim population.

The BJP, which was re-elected in May, has its roots in India's Hindu right-wing movement, many followers of which see India as a Hindu nation.

In August, the Indian government stripped the majority-Muslim state of Jammu and Kashmir of its autonomous status, essentially giving New Delhi more control over the region's affairs. That same month, nearly 2 million people in India's Assam were left off a controversial new National Register of Citizens, which critics feared could be used to justify religious discrimination against Muslims in the state.

And last month, India's top court gave Hindus permission to build a temple on a disputed centuries-old holy site, which holds significance for both Hindus and Muslims. The ruling on the Ayodhya site was seen as a blow to Muslims and came at a time when Muslims increasingly see themselves as second-class citizens.

The BJP maintain the bill is about protecting religious minorities by allowing them to become citizens.

India's Home Minister Amit Shah said in a tweet Wednesday that the bill "will allow India to open its doors to minorities from Pakistan, Bangladesh and Afghanistan who are facing religious persecution."

"It is well known that those minorities who chose to make Pakistan, Bangladesh and Afghanistan their home had to constantly live in the fear of extinction," Shah said. "This amended legislation by Modi government will allow India to extend them dignity and an opportunity to rebuild their lives."

But opponents say India's claims that the citizenship law aims to protect religious minorities "rings hollow" because it excludes Muslim minorities who face persecution in neighboring countries, including the Ahmadiyya from Pakistan, Rohingya from Myanmar, and the Tamil from Sri Lanka.

"The bill uses the language of refuge and sanctuary, but discriminates on religious grounds in violation of international law," said Meenakshi Ganguly, South Asia director at Human Rights Watch, in a statement.

Addressing Parliament on Tuesday, Shah said that Muslims "will not benefit from this amendment because they have not been persecuted on the basis of religion."

Speaking to Parliament on Wednesday, he added: "Who are you worried about? Should we make the Muslims coming from Pakistan, Bangladesh and Afghanistan citizens of the country? What do you want -- that we give every Muslim coming from any anywhere in the world citizenship? ... The country cannot function this way."