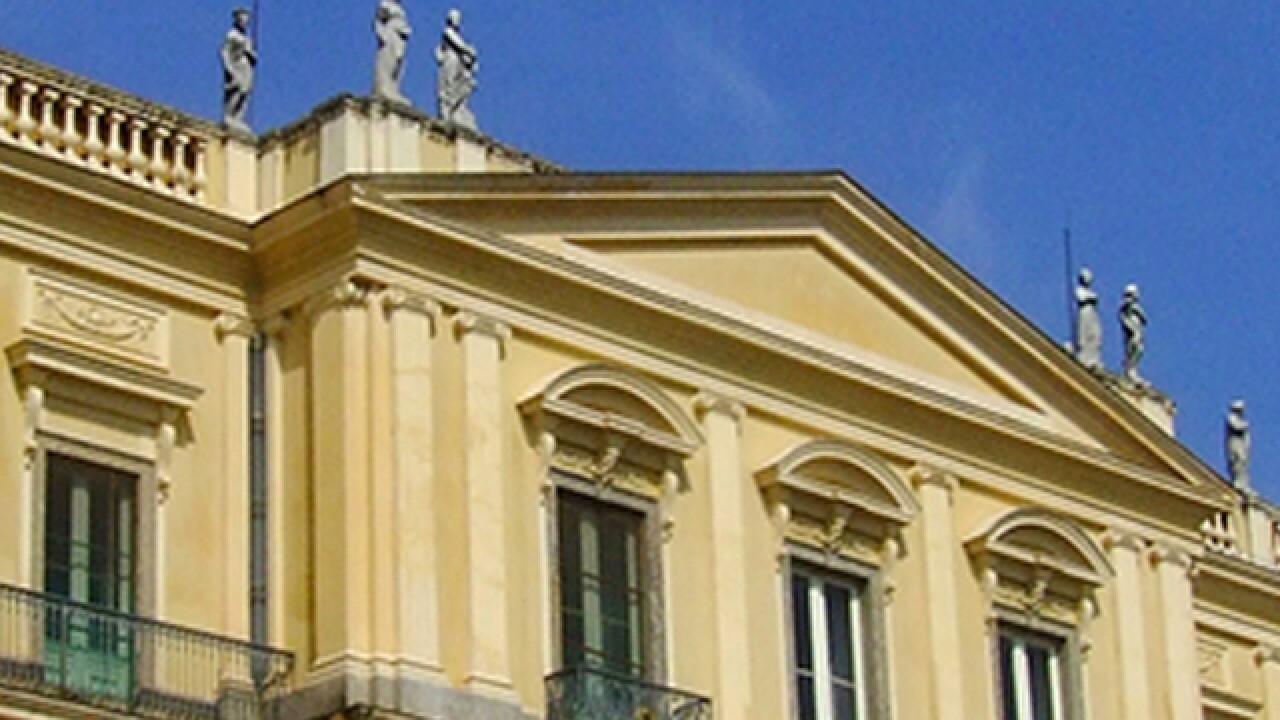 Copyright 2018 Scripps Media, Inc. All rights reserved. This material may not be published, broadcast, rewritten, or redistributed.
&lt;p&gt;File photo from the museum's website&lt;/p&gt;

A 200-year-old museum in Rio de Janeiro was engulfed by flames.

Firefighters worked late Sunday to put out a large blaze at the esteemed National Museum in northern Rio. It wasn't immediately clear how the fire began.

News portal G1, citing the museum, reported that nobody was injured, and the fire began after the museum had closed for the day. An email sent to the museum late Sunday was not immediately returned.

Sgt. Moises Torres from the state's firefighting headquarters said there was no immediate information about injuries.

According to the museum's website, it has millions of items related to the history of Brazil and other countries and is part of the Federal University of Rio de Janeiro.

Brazil’s National Museum. My brother sent me this 😞 pic.twitter.com/UKjlby5p7y