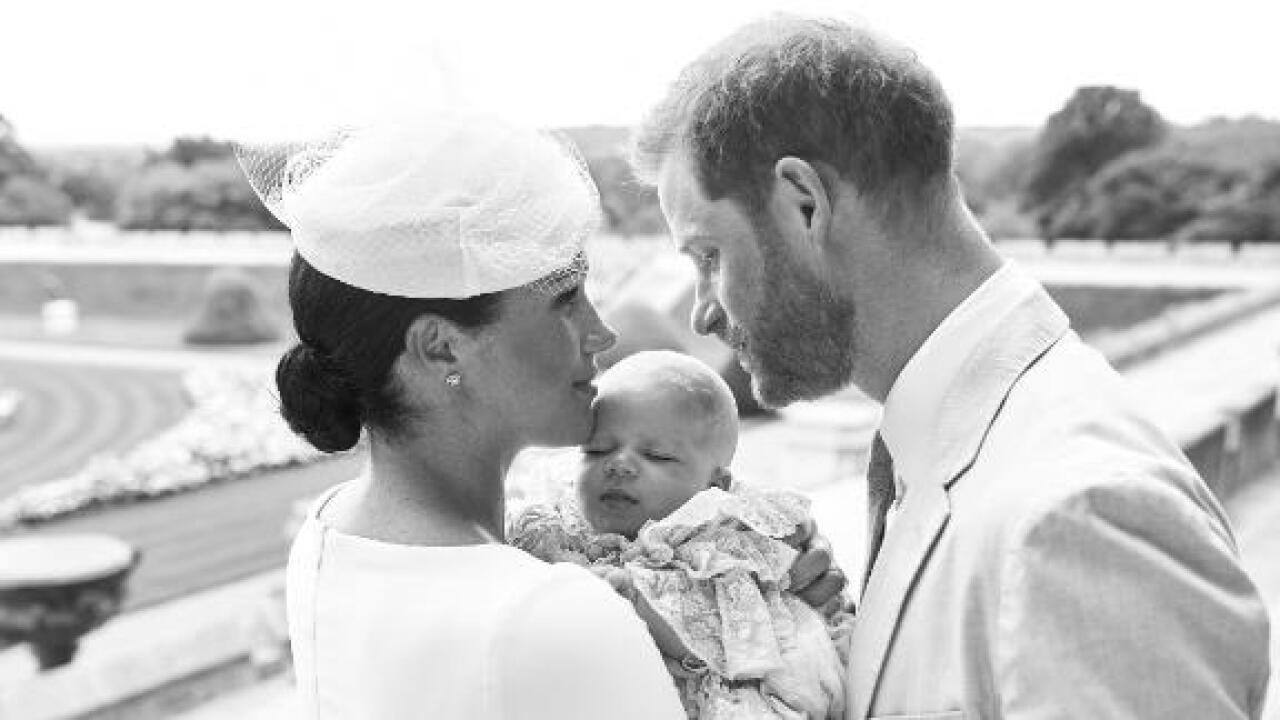 The baby son of the Duke and Duchess of Sussex was christened in Windsor on Saturday, exactly two months after Archie was born on May 6. Photos taken after the private ceremony were released hours later.

The snaps were taken by fashion photographer Chris Allerton in the Green Drawing Room at Windsor, the same room where Harry and Meghan took some of their wedding pictures last year.

One of the photos shows Archie with his parents, his grandfather the Prince of Wales, the Duchess of Cornwall, the Duke and Duchess of Cambridge, Meghan's mother Doria Ragland, and two sisters of Princess Diana, Lady Sarah McCorquodale and Lady Jane Fellowes.

A second, black and white photo, pictured just Archie, Meghan and Harry in the Rose Garden at the castle.

Harry and Meghan were criticized by some for keeping Archie out of the spotlight, especially after it emerged recently that British taxpayers footed a £2.4 million (about $3 million) bill for their home renovation.

While royal baptisms have been private, cameras have been allowed to capture the arrivals of the family and their guests when the three children of the Duke and Duchess of Cambridge -- George, Charlotte and Louis -- were christened.

The christening was held at a private chapel in Windsor Castle. The intimate service was officiated by the Archbishop of Canterbury, Justin Welby.

Harry was christened at St. George's Chapel in Windsor Castle in 1984, and he and Meghan wed there in May 2018.

Only a few guests were invited to witness the baptism, according to Buckingham Palace. Among them were the Prince of Wales and the Duchess of Cornwall, as well as the Duke and Duchess of Cambridge. The Queen skipped the event due to a prior engagement, according to the palace.

Seventh in line to the throne, Archie Harrison does not qualify immediately for the title of prince and the Sussexes have chosen not to use any title at all for their son.

While Archie will have the right to use his father's second peerage title, Earl of Dumbarton -- his parents have indicated they won't be using it for him.