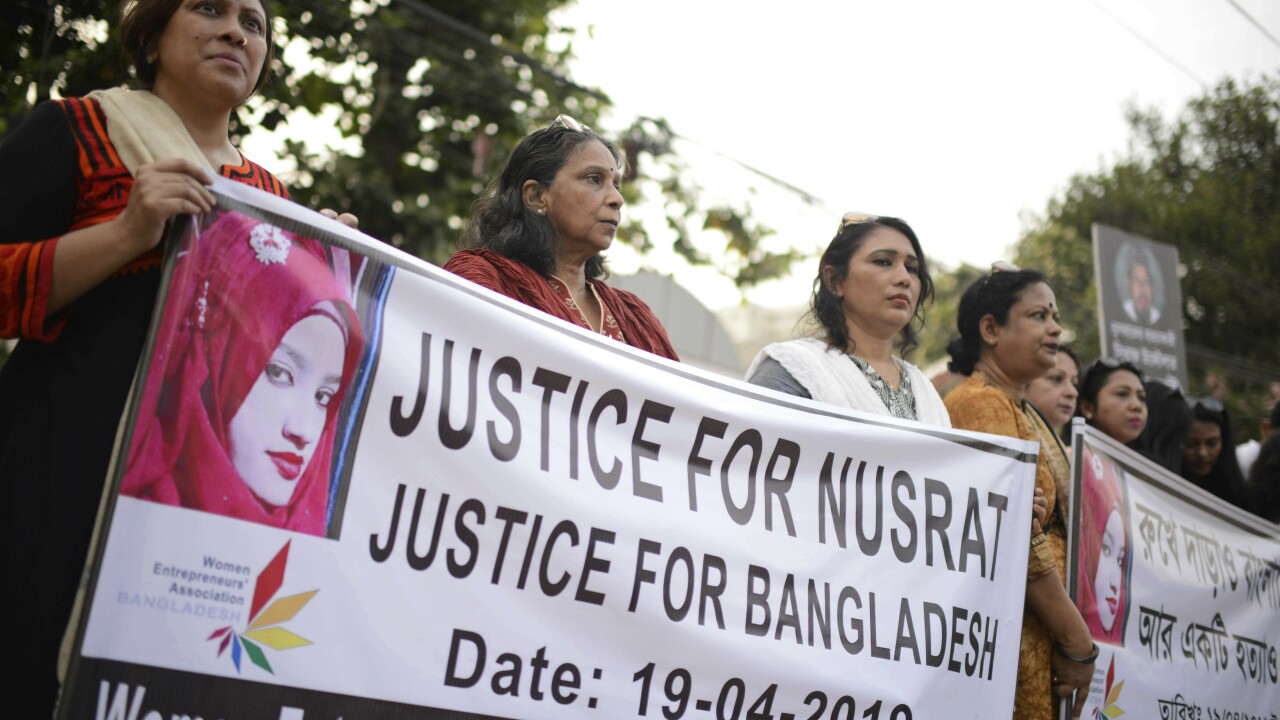 A court in Bangladesh has sentenced 16 people to death for the murder of a teenager who was set on fire after she reported sexual harassment.

Rafi had filed a sexual harassment complaint with local police and named her school principal, Siraj Ud Doula, as one of the accused.

Police spokesman Banaj Kumar Muzumdar said Doula then contracted several people to kill the teenager -- and ordered the perpetrators to make her death look like a suicide.

On April 6, Rafi was lured out of her school classroom and onto the roof, where a group of men wearing burqas gagged and restrained her. They drenched her in kerosene and set her on fire, Muzumdar said in May.

Rafi was able to make an official statement before succumbing to her injuries four days later.

Her case sparked nationwide protests with people demanding justice for the student.