People are reporting sightings of the Tasmanian tiger, thought to be extinct 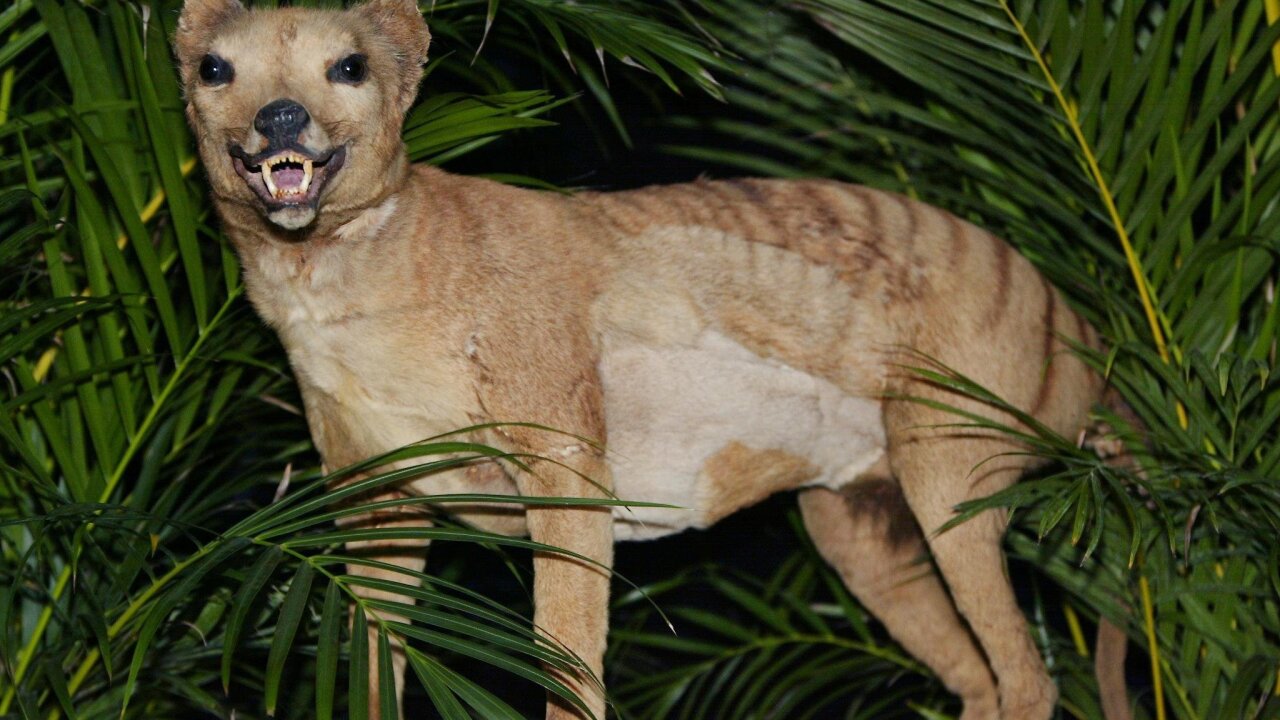 The Tasmanian tiger, a large striped carnivore, is believed to have gone extinct over 80 years ago -- but newly released Australian government documents show sightings have been reported as recently as two months ago.

The thylacine, a marsupial that looked like a cross between a wolf, a fox, and a large cat, is believed to have gone extinct after the last known live animal died in captivity in 1936. It had yellowish brown fur, with powerful jaws and a pouch for its young, according to the Australian Museum .

While stories abound that some continue to live in the remote wilds of Tasmania, an island state off Australia's south coast, there has been no hard evidence to support this -- only claims of sightings, like the ones newly released.

One report last February said that two people, visiting Tasmania from Australia, were driving when an animal with a stiff tail and striped back walked onto the road.

The animal "turned and looked at the vehicle a couple of times" and "was in clear view for 12-15 seconds," the report read. Both people in the car "are 100% certain that the animal they saw was a thylacine."

Another report filed the same month described a striped "cat-like creature" moving through the mist in the distance.

"I am accustomed to coming across most animals working on rural farms ... and I have never come across an animal anything close to what I saw in Tasmania that day," the report read.

In 2017, another driver reported seeing a possible thylacine near the Deep Gully Forest Reserve in northwestern Tasmania. He didn't see stripes, but he was about 150 meters (492 foot) away -- likely too far to have seen that level of detail. He "seemed certain that if it was a cat it was a bloody big one," the report said.

Most recently in July, a man in southern Tasmania, near the state capital of Hobart, reported seeing a footprint that seemed to match that of the Tasmanian tiger.

These reports reflect just how large the thylacine still looms in the collective imagination. Native to Tasmania and the Australian mainland, it was the only member of the Thylacinidae family to survive into modern times, according to the Australian Museum.

Today, the thylacine still remains a major component of Tasmanian culture. It maintains almost Loch Ness Monster status, with regular claims of unsubstantiated sightings. In 2002 , scientists at the Australian Museum even replicated thylacine DNA, opening the door to potentially bringing back the species with cloning technology.