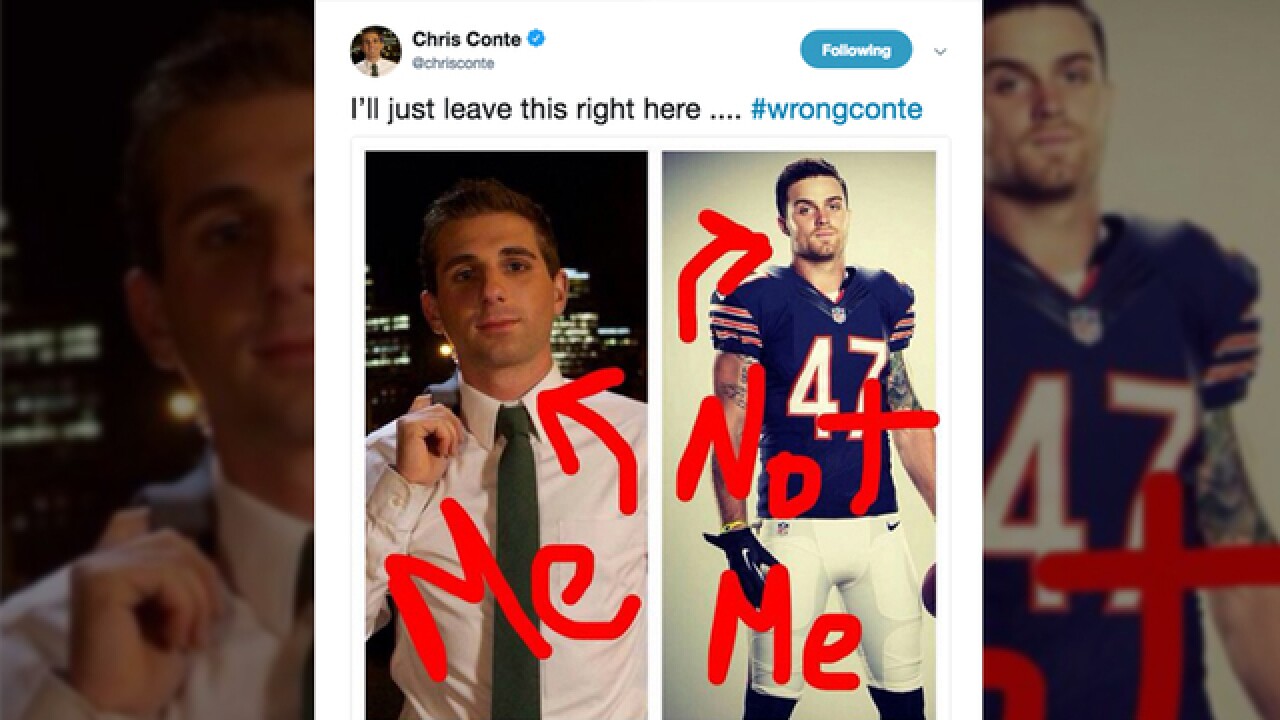 Against the Steelers, Conte got stiff-armed, as CBS Sports put it, "into an entirely different dimension." The play went viral almost immediately, getting the attention of NewsChannel 5 reporter Chris Conte.

This isn't the first time that football fans have confused our Chris Conte with the NFL player.

Here's how it played out in real time:

IT’S HAPPENING AGAIN. Can someone tell me how FOOTBALL player Chris Conte just screwed up? #wrongcontepic.twitter.com/KkvNPiWoSx

I kind of missed these tweets. Friendly reminder, I do NOT play football. #wrongcontepic.twitter.com/4JWdcfjyHp

Also .. football player Chris Conte blocked me on Twitter .. kinda like that stiff arm he got tonight pic.twitter.com/MZTheLKaC7