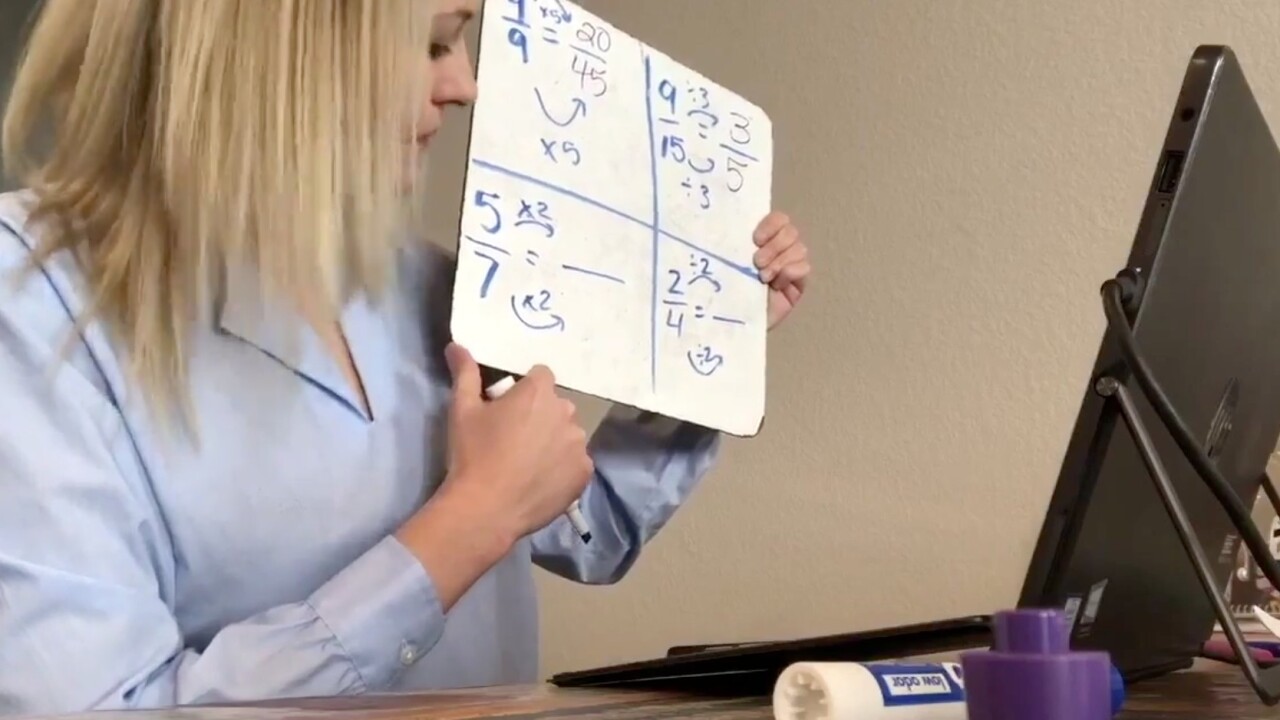 We're about a month into the school year and teachers are struggling to keep children up to speed amid the pandemic.

We spoke with a principal at an elementary school in Arizona who says students are about five to six months behind. Some kids who should be reading by now, simply are not.

She says when you think about it, most students have not been inside a classroom since March.

One challenge for teachers has been teaching at-home students and giving one-on-one attention to those in the classroom. The other challenge has been technology.

“It’s day to day, whether or not technology works,” said principal Sarah Lewis. “And if you think about it, we've been hybrid for about three weeks now, but before that, we were all digital learning. We would have full days where we wouldn't have any technology, so basically we would have to tell the kids, go into Google Classroom and practice your multiplication facts.”

Lewis says it's tough to hear young kids are learning on their parents’ cell phones, because they don't have a computer.

However, she says she's proud of how fast teachers became tech savvy, as well as the level of understanding from most parents and their willingness to be flexible. She's also proud of the kids.

“Five-year-olds do not understand that you cannot go over to your friend’s desk and ask what they're reading or coloring, but as far as wearing the mask and being OK when we ask them to step away or ask them to, I mean it's incredible that little kids are able to do it,” said Lewis.

Lewis says she wants people to know just how difficult it is for teachers to balance teaching online students and those in the classroom. She says many are fearful of the pandemic, but realize they have a job to do.