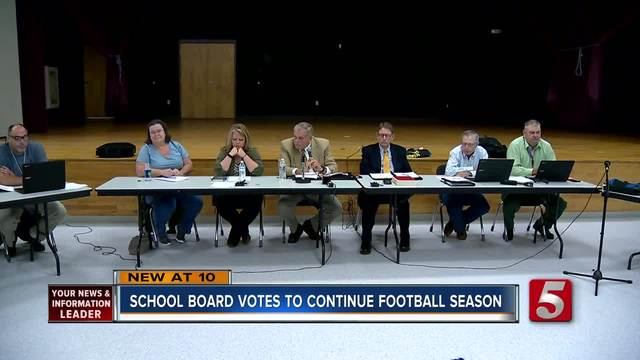 Allegations of attempted rape have rocked a small community and put its high school football team's future in jeopardy. 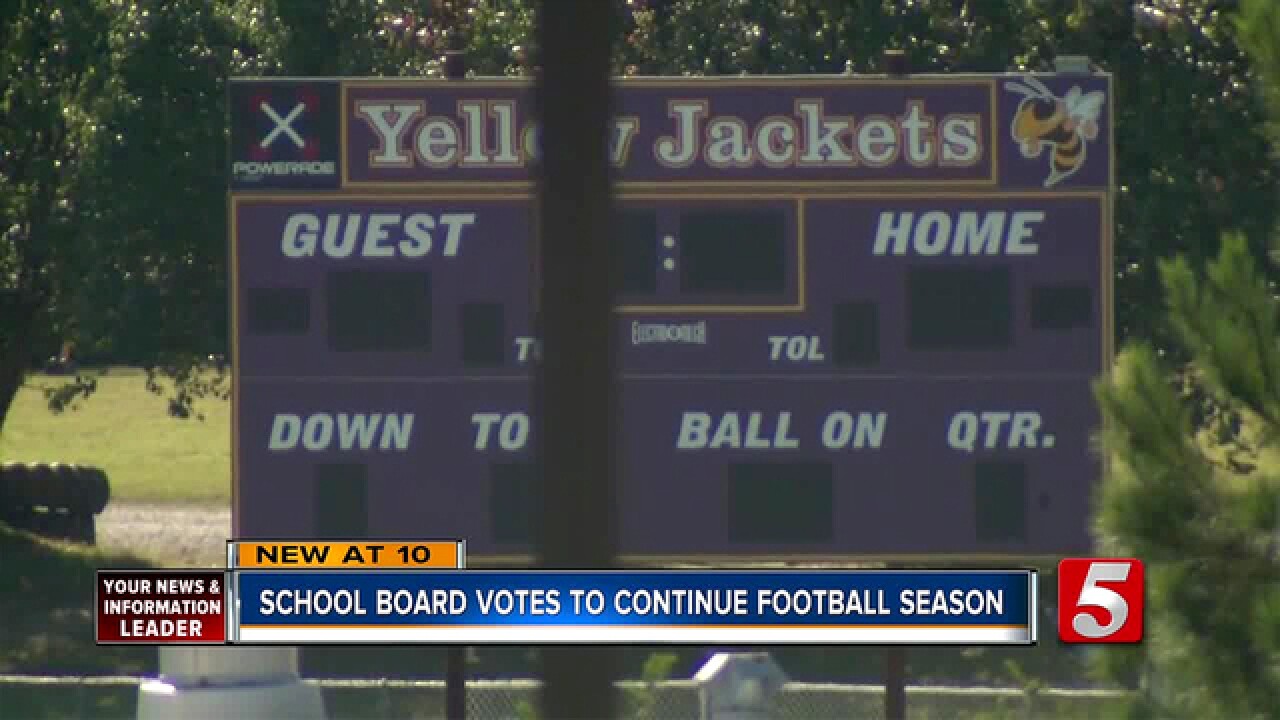 Allegations of attempted rape have rocked a small community and put its high school football team's future in jeopardy.

Five Grundy County students were arrested and charged with attempted rape after allegedly assaulting a freshman teammate with a metal mop handle.

A school official told NewsChannel 5 the incident was just the latest in a long line of assaults tied to hazing in the school district.

A special meeting was held Monday night to talk about the issue. At times it was a heated debate.

The meeting began with a statement by School Director Jesse Kinsey.

“The Board of Education of Grundy County Schools is committed to providing a safe, secure environment for all of its students,” she read.

It was one of the only times Kinsey spoke, but she was the focus of some of the board member's statements.

"We all told you, Miss Kinsey, that something – I never expected it to go this far – but that something was going to happen. You ignored the whole board's recommendation,” one member said.

She was referring to the current football head coach, who is now under investigation after the freshman student was allegedly assaulted on school grounds, inside the school's field house.

According to many sources, this was not the first incident that has happened under the current coach. A former board member spoke up.

"Why do we drag our feet knowing after the first incident happened? What did we not do, that could've prevented this from happening again?" he asked.

The special meeting was called for one purpose – to decide whether the football season would continue.

In a motion that passed 6-2, the board decided the football season will continue.

"There's no need to punish 35 or 40 kids that worked 6 years, counting their junior high level," said another board member.

The board also appointed two of its members to start an oversight committee, to make sure “everything is investigated properly."

The students involved in the incident have been suspended from school as the criminal investigation continues.

A juvenile court judge ruled Monday morning that the teens would remain on house arrest.