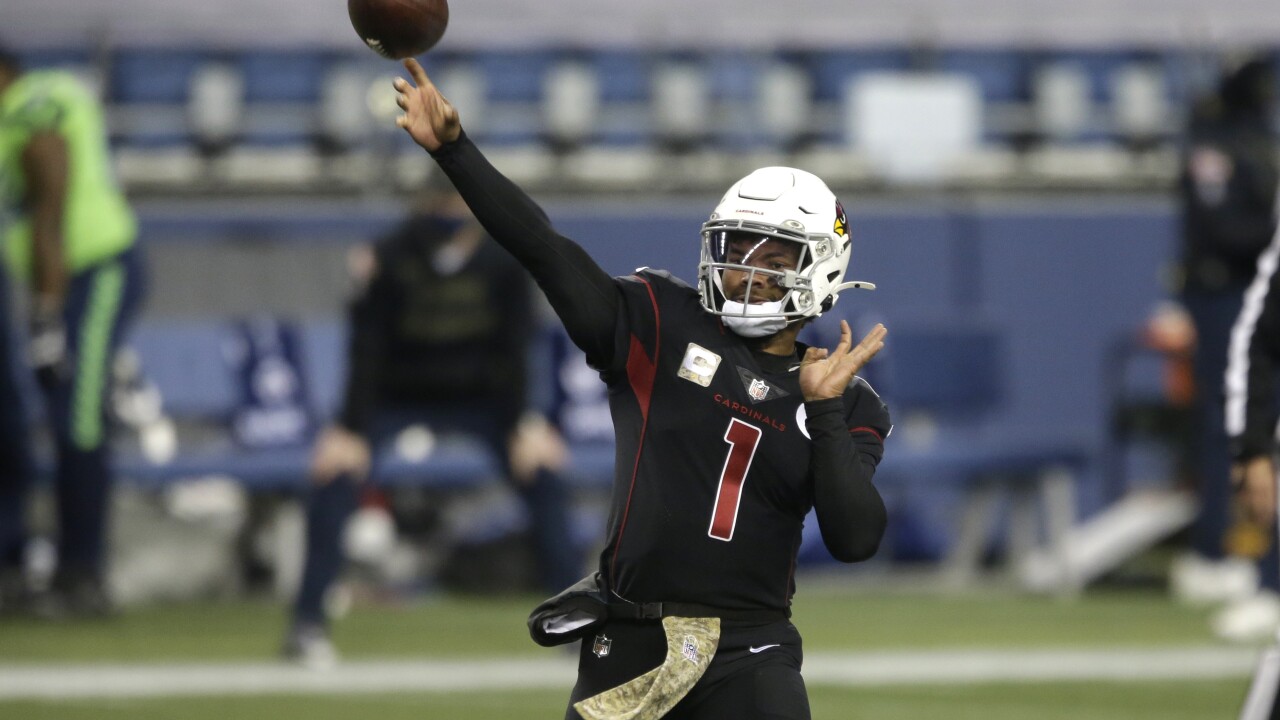 Arizona Cardinals quarterback Kyler Murray has filed an application to trademark the phrase “Hail Murray” after his Hail Mary pass to beat the Buffalo Bills in Week 10, according to records obtained by ESPN.

According to ESPN, the application is currently “awaiting examination” by the United States Patent and Trademark Office.

On Tuesday, Murray called the popular play on his name a cool coincidence.

"The 'Hail Murray' deal, that's just a coincidence," Murray said. "That's never happened to me before, so that fact that it happened just fits the name, I guess."

According to the application obtained by ESPN, the trademark is intended to cover clothing like shirts, hats, pants, and sweaters. It also covers any usage rights for any website pertaining to or giving out information regarding football and appearances.

This article was written by Clayton Klapper for KNXV.