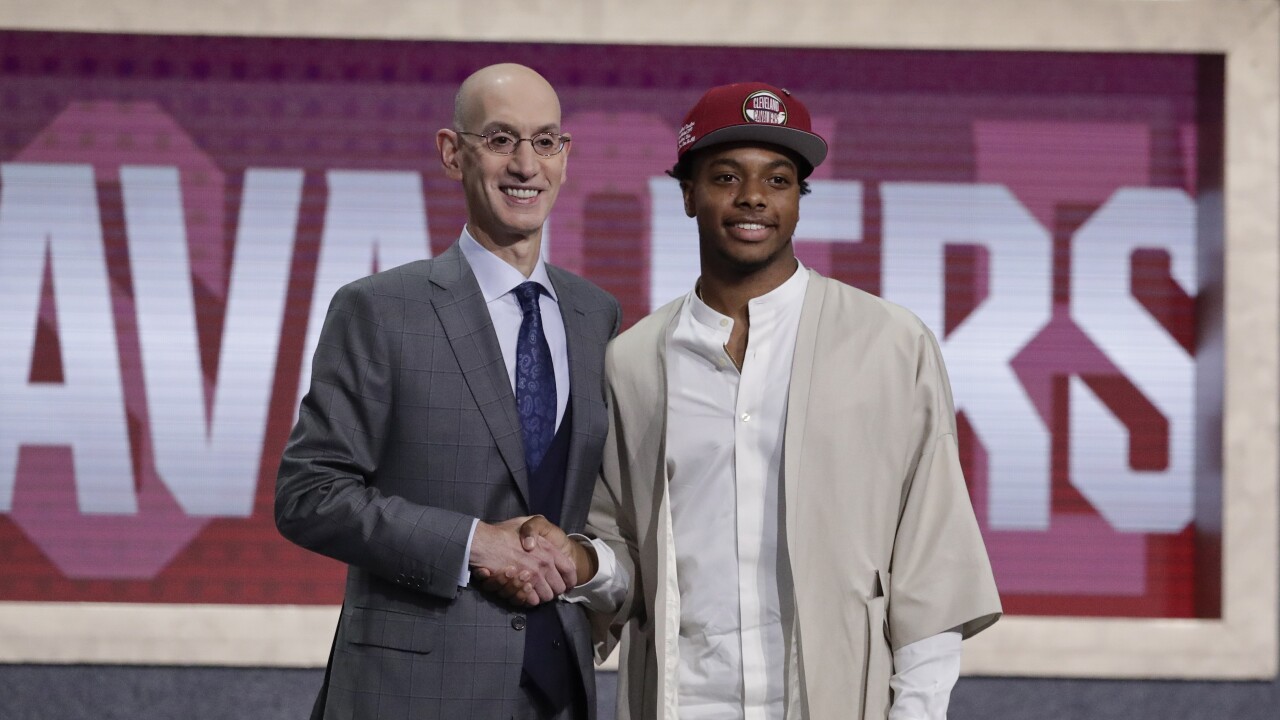 (Copyright 2020 The Associated Press. All rights reserved. This material may not be published, broadcast, rewritten or redistributed.)
Julio Cortez/AP
Vanderbilt's Darius Garland poses for photographs with NBA Commissioner Adam Silver after being selected with the fifth pick overall by the Cleveland Cavaliers in the NBA basketball draft Thursday, June 20, 2019, in New York. (AP Photo/Julio Cortez)

CLEVELAND (AP) — The Cavaliers used the No. 5 pick in the NBA draft on point guard Darius Garland, who played in just five games at Vanderbilt because of a knee injury Garland suffered torn meniscus in his left knee during a Nov. 23 game and underwent season-ending surgery.

The 19-year-old might have salvaged his freshman year, but decided to focus on getting ready for the draft.

The Cavs will pair Garland in the backcourt with Collin Sexton, a lottery pick in 2018 who shook off a slow start to have a strong rookie season. Sexton played point last season, but is considered more of a shooting guard.

Cleveland is in rebuilding mode following a 19-63 season, and the Garland-Sexton tandem may help accelerate the process.

Garland's stock has risen in recent weeks and the Cavs came away impressed after attending a private workout in Los Angeles.

The Cavs also have the 26th pick.