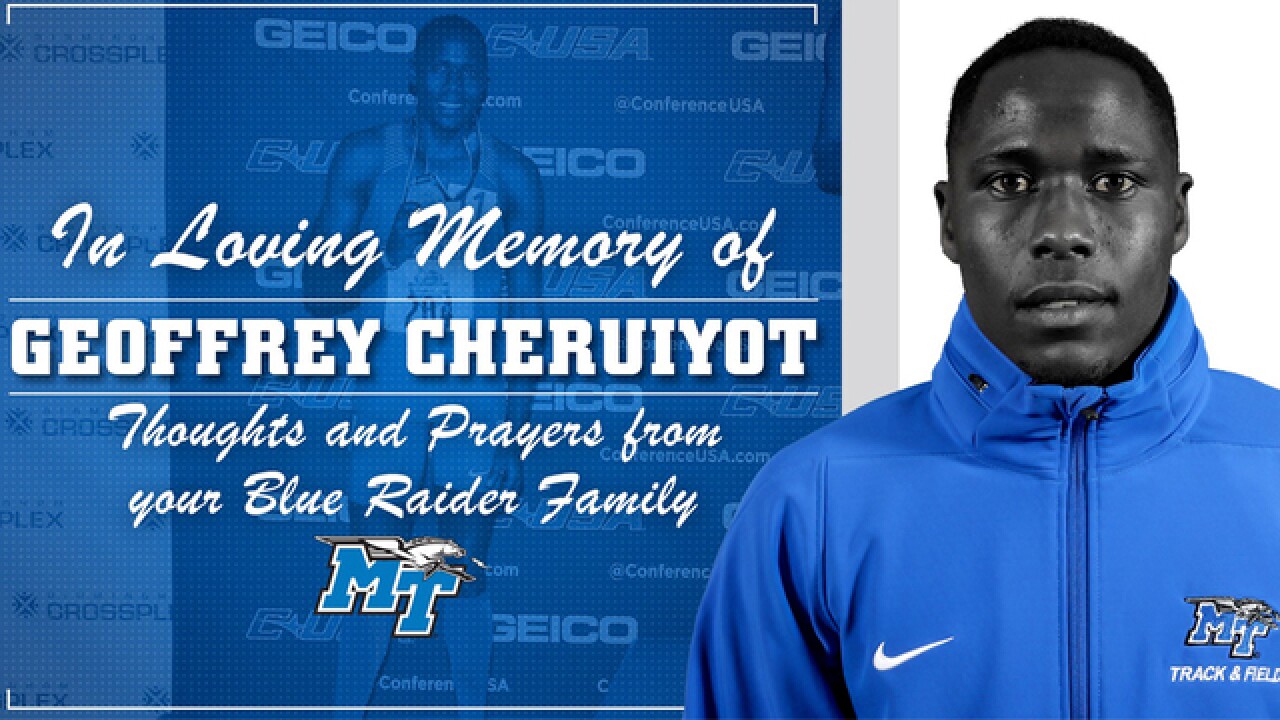 Copyright 2018 Scripps Media, Inc. All rights reserved. This material may not be published, broadcast, rewritten, or redistributed.
&lt;p&gt;Courtesy: Middle Tennessee Track and Field on Twitter (@MT_TrackField)&lt;/p&gt;

A member of the Middle Tennessee State University track team was killed when he was hit by a bus.

According to officials with the Tennessee Highway Patrol, the 23-year-old was hit by a bus Thursday while lying in the roadway on Interstate 40. Further details on the circumstances leading to his death had not been released. It was unclear why he was in the roadway.

The crash happened in East Tennessee in Newport located in Cocke County.

Reports from THP officials stated 34 people were on the bus at the time of the crash, and they were not injured.

MTSU representatives said Cheruiyot had just graduated in May with a bachelor’s degree in community and public health.

The #BlueRaider Track and Field family mourns the loss of Geoffrey Cheruiyot. Our thoughts and prayers are with the Cheruiyot family. https://t.co/JZFu6bZV65pic.twitter.com/Y0nQ8UKhcW