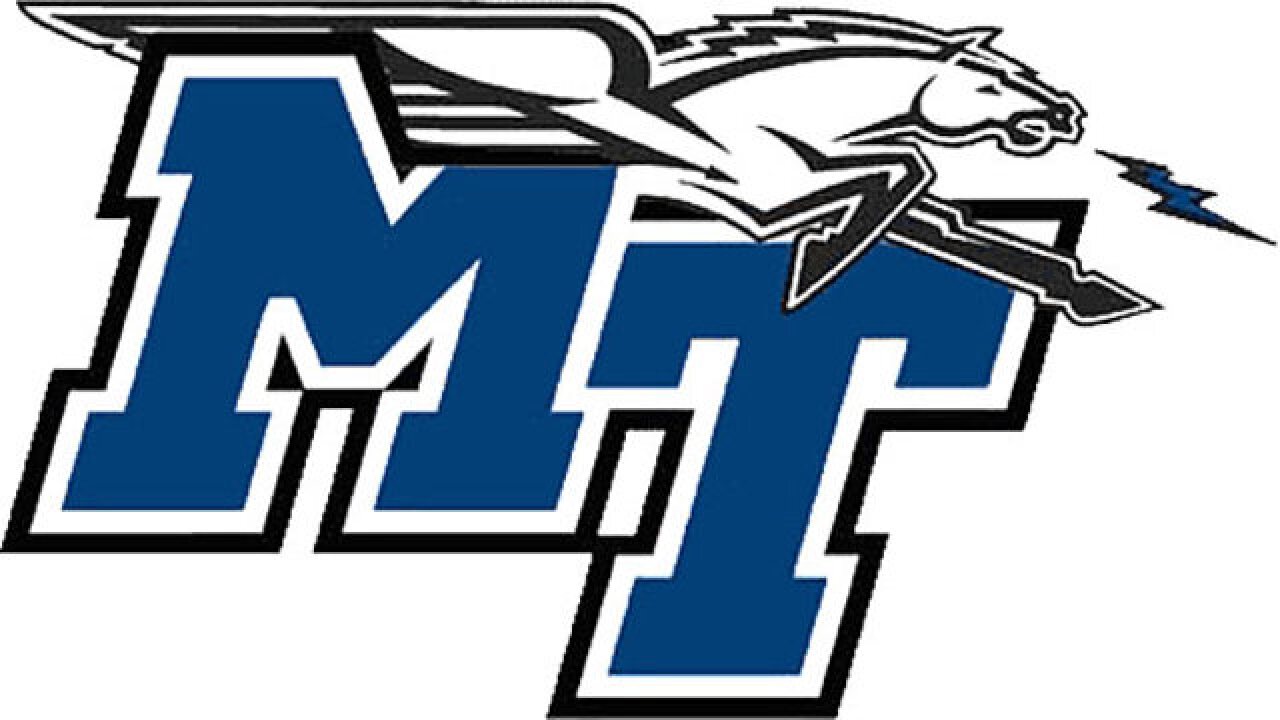 It was a triumphant homecoming for former Syracuse head coach Scott Shafer.

Holding a victory cigar as he met with reporters, Shafer, now in his first year as Middle Tennessee State's defensive coordinator, acknowledged his return to the Carrier Dome was a tad bittersweet but he soaked in his team's 30-23 upset over his former team.

"We made some mistakes today, on the one drive especially, but I was pleased the kids toughened up when we needed them too. It was bittersweet in a lot of ways, but far more sweet right now," said Shafer, who joined the Syracuse program in 2009 and served as head coach from 2013 to 2015.

"It was difficult for me today having the kids come over and say hello, but that's what it's about," Shafer said. "It was bittersweet seeing those kids. I love those kids, I was in their homes recruiting them not too long ago."

"It was amazing to be able to get this one for him. The ref gave me the ball after the game and I thought, `Why is he giving this to me?' This ball needs to go to coach Shafer."

Syracuse quarterback Eric Dungey, who was sacked five times and pressured throughout, hailed his former coach.

"Coach Shafer is a genius and he always comes up with something. He gave us something we haven't seen before, a bunch of different disguises so props to coach Shafer."

Syracuse head coach Dino Babers acknowledged that Shafer had a built-in advantage in what he called an "emotional" contest.

"If you're a good coach and have a lot of knowledge about the personnel it's an advantage. I've coached a couple of these games myself. When you know a lot about the other team and you're not guessing about it it's a huge advantage."

Syracuse led 16-9 when Stockstill hit Richie James for a 28-yard scoring strike to tie the game at 16 late in the third quarter. The drive was kept alive on a muffed fair catch by Syracuse's Sean Riley.

Middle Tennessee took the lead when Stockstill found Ty Lee on a 48-yard score. After Dungey tied it on a 29-yard quarterback draw, Stockstill hit Shane Tucker for a 10-yard touchdown for a 30-23 lead with 6:46 left to play.

MIDDLE TENNESSSE STATE: The Blue Raiders maintained their composure to overcome a sloppy effort. Coach Rick Stockstill will want to clean up the penalties and fumbles before next week's game ... Defensive end Walter Brady was disqualified after a penalty for targeting Dungey.

SYRACUSE: The Orange badly needed this game. With one of the nation's toughest schedules, the Orange will be hard pressed to make the post season ... Receiver Steven Ishmael had a career-high 14 catches for 116 yards ... Safety Antwan Cordy, who missed the final 10 games last season, is expected to be out five more weeks with a hairline fracture of his leg, according to a report.

SYRACUSE: The Orange finish up a three-game, season-opening home stand Saturday against Central Michigan. Syracuse then hits the road at LSU.