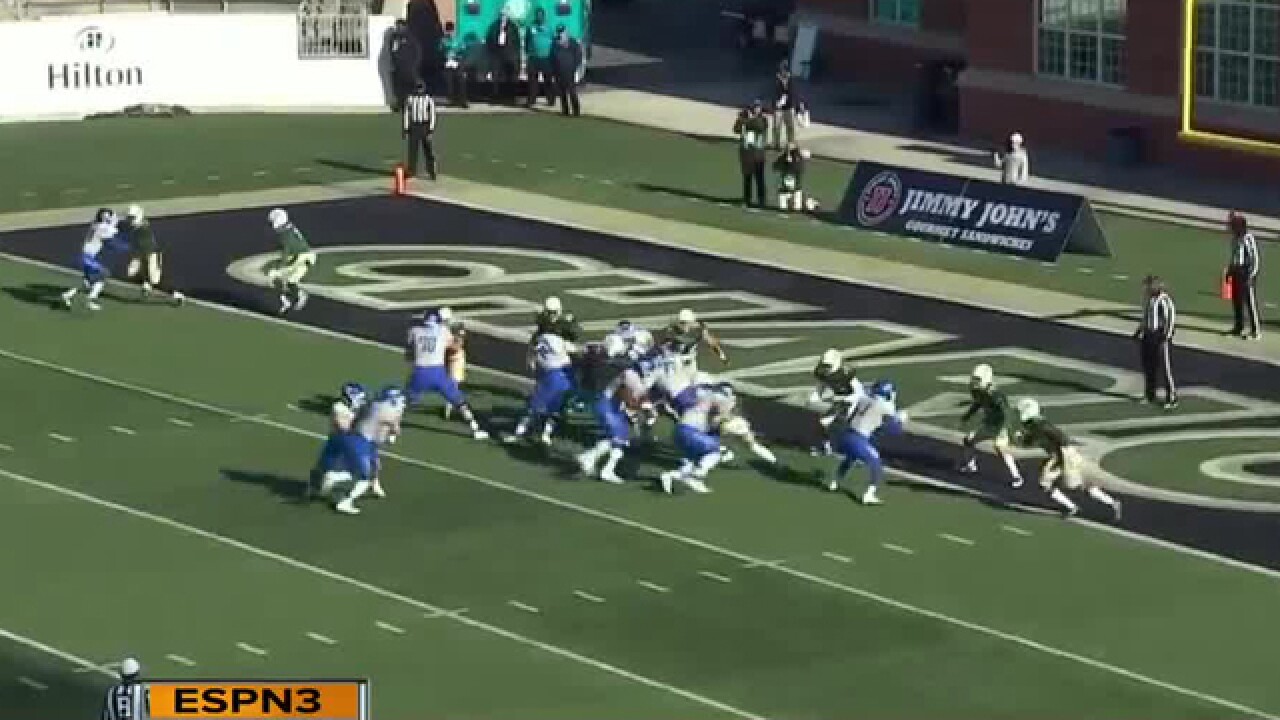 Thomas gained a career-high 195 yards on 29 carries, and his 2-yard TD run tied it at 7 early in the first quarter. His 4-yard scoring run capped a drive during which Stockstill broke the school record with a 47-yard completion to CJ Windham. Stockstill hit Ty Watkins and Ty Lee for a 28-7 halftime lead and later connected with Patrick Smith on a 4-yard scoring pass.

Benny LeMay scored on a 6-yard run on Charlotte's opening drive. Hasaan Klugh, 15 of 24 for 181 yards passing with an interception, threw TD passes to Mark Quattlebaum and Trent Bostik for the 49ers (1-9, 1-5).