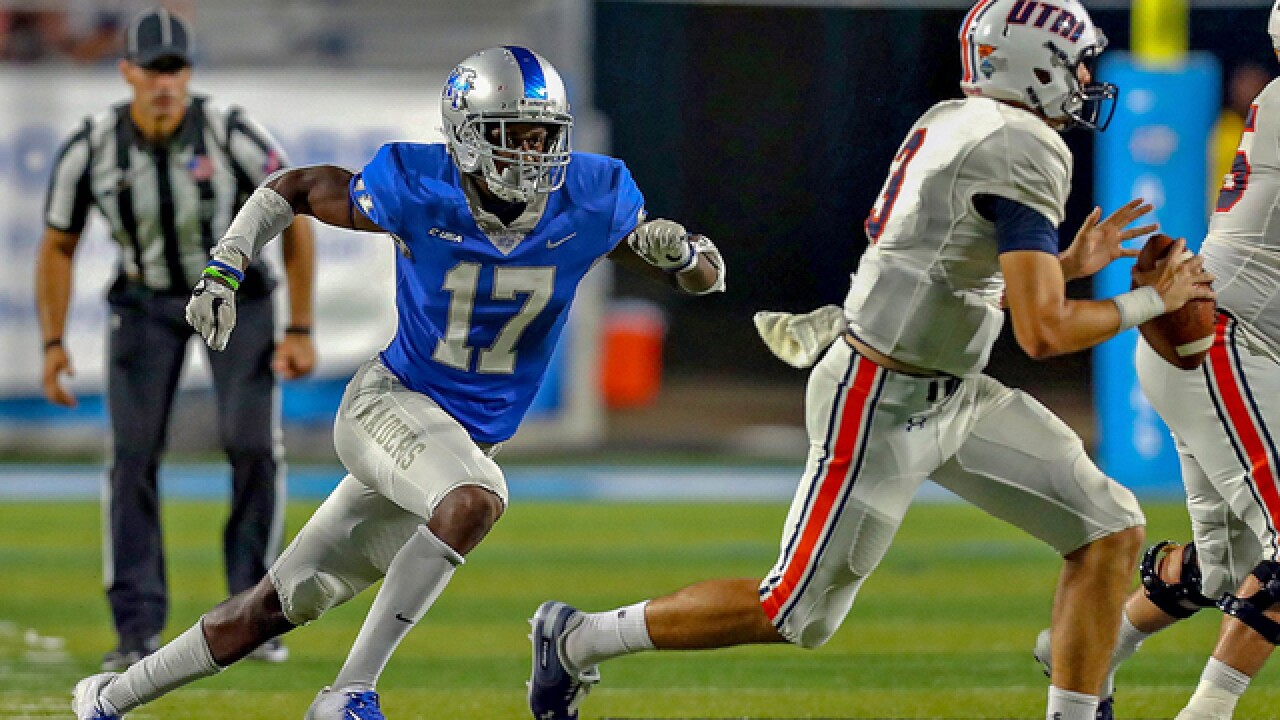 Copyright 2018 Scripps Media, Inc. All rights reserved. This material may not be published, broadcast, rewritten, or redistributed.
&lt;p&gt;Courtesy: MT Athletics on Twitter&lt;/p&gt;

It was the third time in Stockstill's career he's thrown five touchdowns in a game.

The Skyhawks took their only lead of the game when they drove 75-yards in six plays on their first drive and scored on Dresser Winn's 16-yard touchdown pass to Devonte Howard. Middle Tennessee (1-1) tied it when Stockstill threw a 56-yard touchdown pass to CJ Windham. After a three-and-out, Stockstill hit Windham again on a 10-yard scoring pass. Winn connected with Terry Williams early in the second on an 11-yard score to even it at 14.

Middle Tennessee added two more touchdowns in the second quarter for a 26-17 lead before creating safe distance after the break when Chaton Mobley ran for a 7-yard score. Then, a little more than a minute later, Wayne Parks returned an 11-yard punt for a 35-yard score and made it 40-17 with 6:06 left in the third.