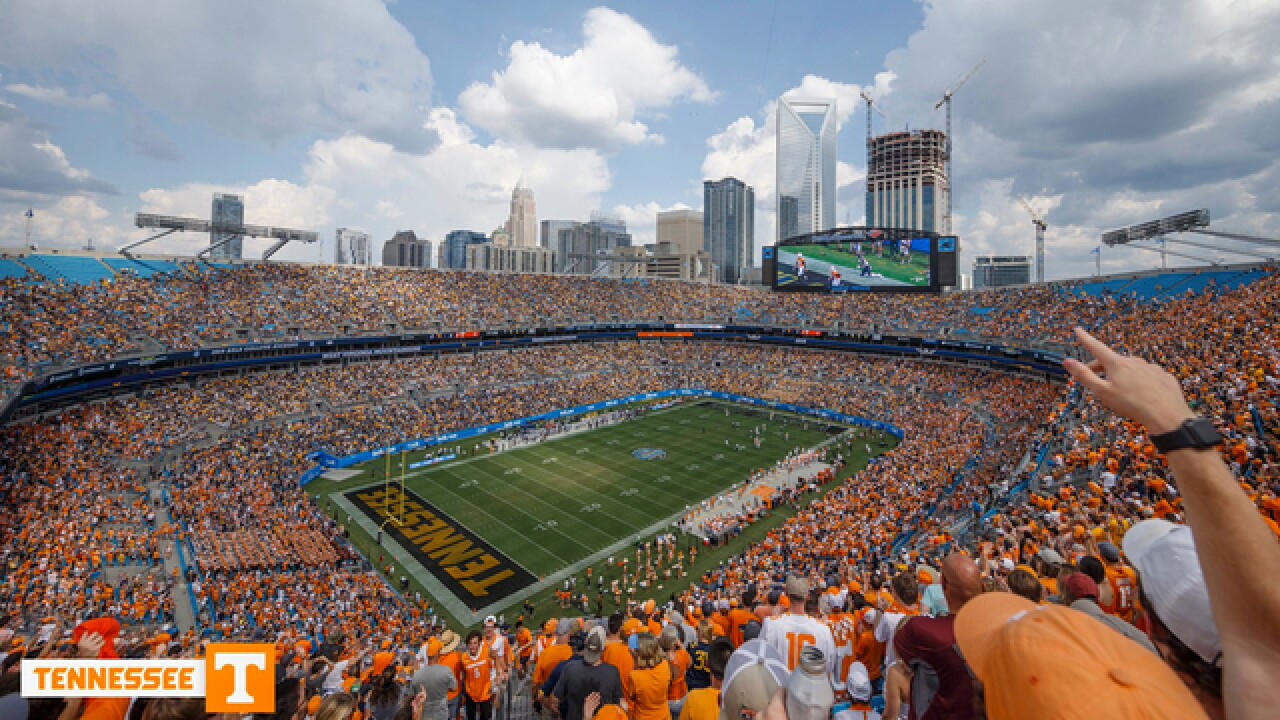 Will Grier got his Heisman Trophy campaign off to an impressive start, throwing for 429 yards and five touchdowns as No. 17 West Virginia defeated Tennessee 40-14 Saturday in a game delayed for more than an hour at halftime due to lightning.

Leading 13-7 at halftime, the Associated Press preseason All-American turned up the heat in the third quarter, connecting on touchdown passes of 33 yards to David Sills, 28 yards to Gary Jennings, and 14 yards to Kennedy McCoy as the Mountaineers opened a 33-14 lead.

Grier, who grew up in the Charlotte area and once threw for 10 TD passes in a high school playoff game, was 14 of 19 for 275 yards and four TDs in the second half.

Tim Jordan ran for 118 yards on 20 carries and a touchdown for Tennessee, which lost in Jeremy Pruitt's head coaching debut. Pruitt won six national championships as a defensive coach, including last year at Alabama, but his Vols had no answer for Grier and the high-powered Mountaineers offense.

Tennessee: Jarrett Guarantano got the starting nod at quarterback over Keller Chryst and struggled at times. The Vols had only one passing play of longer than 20 yards and Guarantano was limited to 172 yards passing.

West Virginia: While Grier lived up to his preseason hype, what might have been most impressive for the Mountaineers was the play of their defense in holding the Vols to just two touchdowns. They set the tone for the game by forcing Tennessee to go three-and-out on the game's first possession after two tackles for a loss of 15 yards.

Tennessee: The Vols lost running back Ty Chandler to an ankle injury in the first half. He did not return.

West Virginia: Linebacker Charlie Benton left the game in the first half with a sprained knee and did not return.

The win will certainly do nothing to hurt West Virginia's preseason ranking, but may not do much to improve it either, given Tennessee is in a rebuilding mode following a 4-8 season.

West Virginia: Will be big favorites when they host Youngstown State next Saturday night.