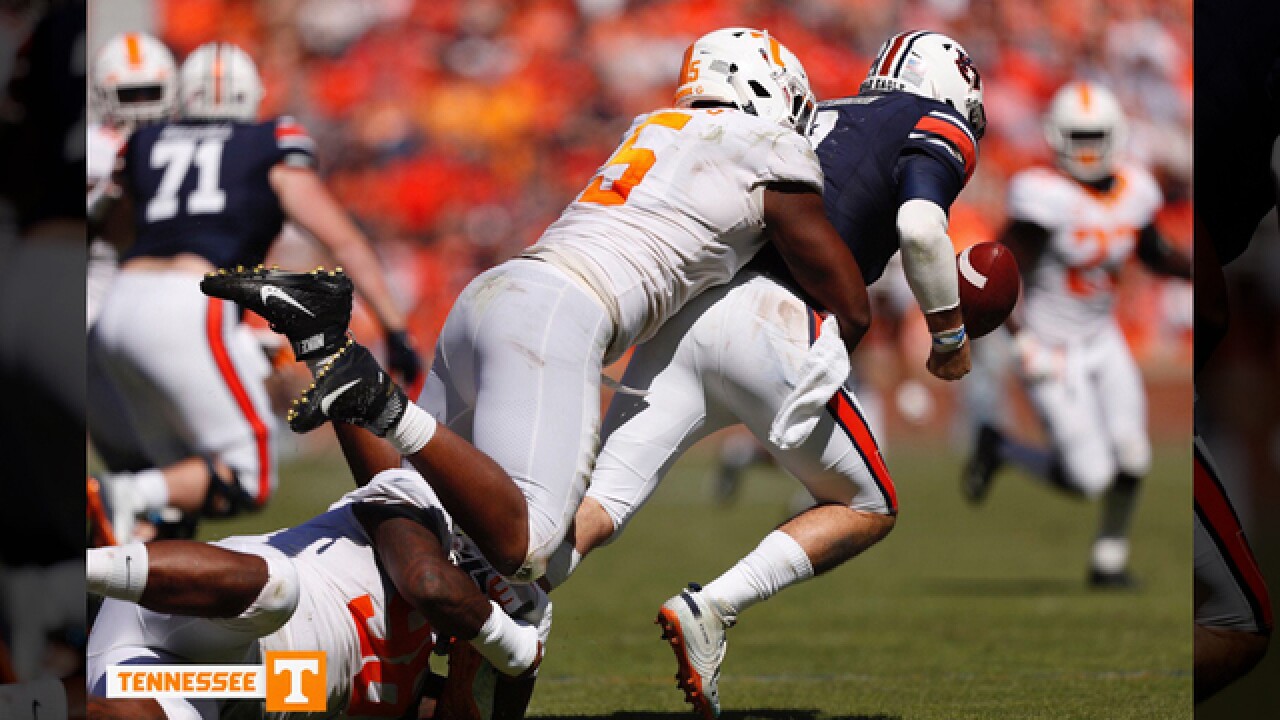 Jarrett Guarantano passed for 328 yards and two touchdowns and Tennessee snapped an 11-game SEC losing streak with a 30-24 victory against No. 21 Auburn on Saturday.

The Volunteers (3-3, 1-2) forced three turnovers from Auburn's lackluster offense, intercepting Jarrett Stidham twice and getting a strip sack that resulted in touchdown by Alontae Taylor.

Stidham's first pick led to a 42-yard touchdown pass from Guarantano to Ty Chandler to tie the game at 10 in the second quarter.

Guarantano got rolling from there. The sophomore spread the ball around, completing passes to eight different Volunteers, six of which finished with a double-digit average. Jauan Jennings capped a 12-play, 86-yard drive in the third quarter with a 25-yard touchdown catch to give Tennessee its first lead at 20-17 late in the third quarter.

Two plays later, Stidham was sacked and fumbled at his own 15. After several failed attempts to secure the loose ball Taylor recovered in the end zone.

Stidham, who finished 28 of 45 for 322 yards and two touchdowns to go with his three turnovers, returned on the next drive to echoing boos inside Jordan-Hare.

Auburn scored with under a minute remaining on a touchdown pass to Seth Williams, but was unable to recover the onside kick attempt.

The Vols' offense entered the game ranked No. 94 nationally in third-down conversions, but Guarantano dissected the Tigers' secondary on those downs with 11-of-14 passing for 188 yards and a score. The Vols converted 10 of 19 tries on third down.

Tennessee: Vols coach Jeremy Pruitt gets his first victory in the SEC and suddenly Tennessee can at least hope for a bowl bid in its first season under the former Alabama defensive coordinator.

Auburn: The Tigers started the season with playoff hopes, but they have regressed since and can expect to be unranked on Sunday.

Auburn: The Tigers travel to Oxford, Mississippi, to face Ole Miss before their open week.