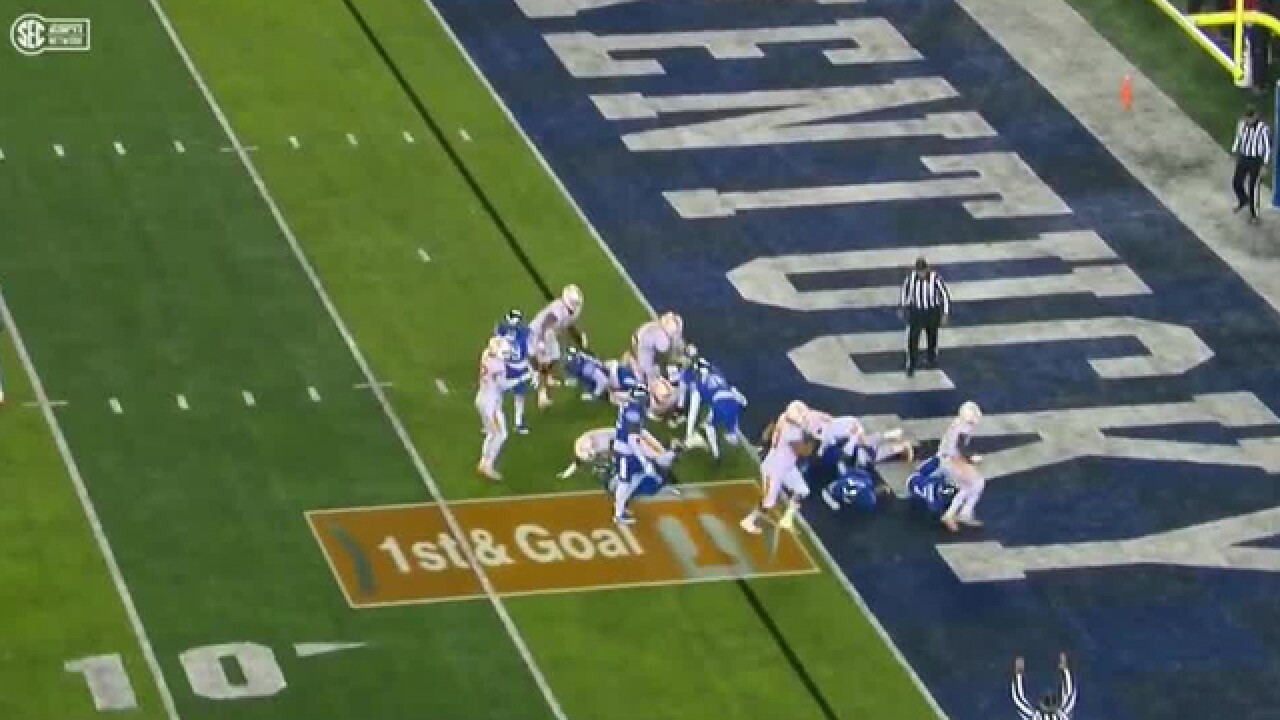 Stephen Johnson ran for an 11-yard touchdown with 33 seconds remaining and hit Benny Snell with the 2-point conversion pass, Snell rushed for three touchdowns and Kentucky rallied past Tennessee 29-26 Saturday night for its first win over the Volunteers since 2011.

The Wildcats (6-2, 3-2 Southeastern Conference) overcame four lost fumbles and a sluggish second half before responding with a final TD drive behind Snell, who rushed for 180 yards on 27 carries. The sophomore's short run for first down at the Tennessee 11 set up Johnson's keeper two plays later, as the quarterback rolled right before being hit and somersaulted into the end zone for a 27-26 lead.

Johnson then took a double-reverse handoff and found Snell near the goal line for the needed cushion as Kentucky dealt Tennessee (3-5, 0-5) its fourth straight loss. The Wildcats' win was just their second in 33 series meetings.

Tennessee: Needing a boost on many levels and without several key players, Chandler and Guarantano stepped up with big games that nearly pushed the Volunteers over the top. Guarantano completed 18 of 23 passes for 242 yards while Chandler filled a big void with leading rusher John Kelly suspended. Tennessee outgained Kentucky 445-371 but couldn't stop the Wildcats or Snell late.

Kentucky: Benny Snell rebounded from an 18-yard effort last week with a big first half that put the Wildcats ahead, while their defense managed to keep Tennessee out of the end zone for a while. Snell found his game again in the clutch and Johnson came back from an injury to mount the key rally. The Wildcats became bowl eligible for a second straight year.

Tennessee hosts Southern Mississippi on Nov. 4. The Golden Eagles lost 24-17 to Kentucky in the opener.