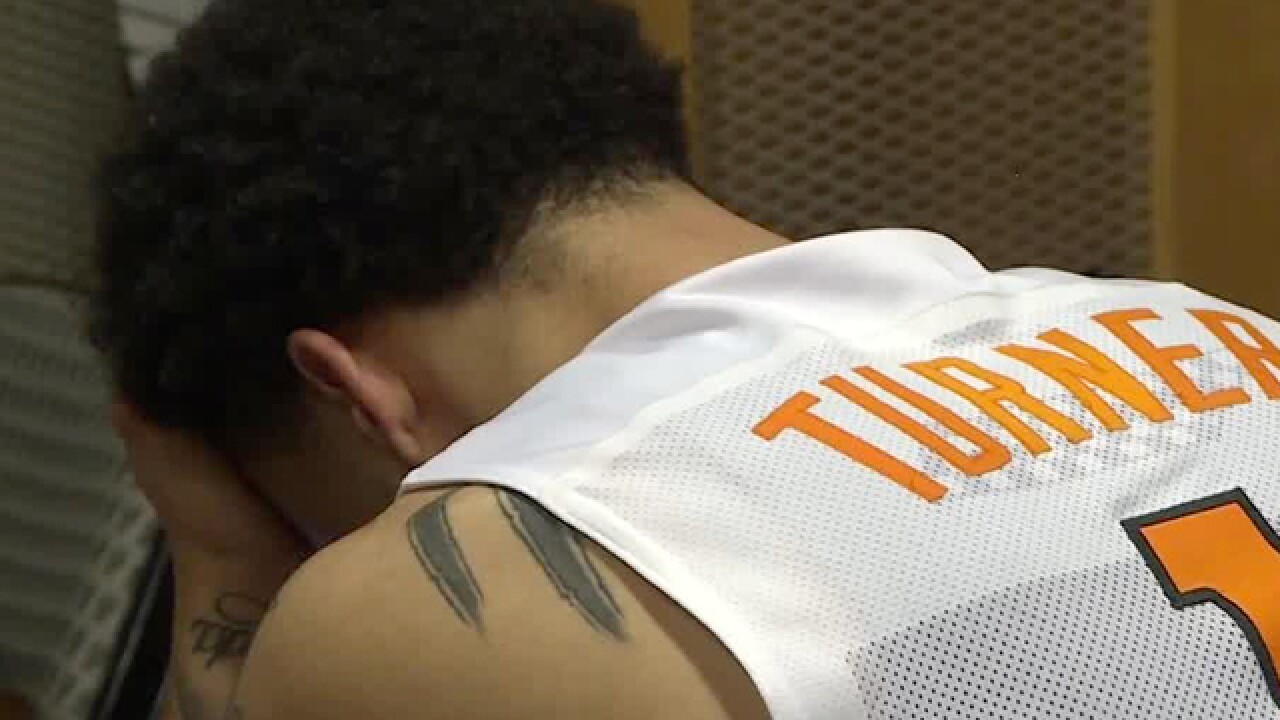 Another NCAA Tournament pray answered for Loyola-Chicago, and the Ramblers are set to bring Sister Jean to the Sweet 16.

Clayton Custer's jumper took a friendly bounce off the rim and in with 3.6 seconds left, and 11th-seeded Loyola beat Tennessee 63-62 in a South Region second-round game Saturday night.

Custer's winner came two days after Donte Ingram's buzzer-beating 3 for Loyola against Miami, surely to the delight of Sister Jean Dolores Schmidt, the 98-year-old nun, team chaplain and primary booster watching from her wheelchair on a platform near the main TV cameras.

The Ramblers (30-5), who won the Missouri Valley tournament, broke the school record for wins set by the 1963 NCAA championship team. Loyola will play the Cincinnati-Nevada winner in the regional semifinals Thursday in Atlanta.

No. 3 seed Tennessee (26-7) took its only lead of the second half on three-point play by Grant Williams with 20 seconds remaining. After Loyola almost lost the ball on an out-of-bounds call confirmed on replay, Custer dribbled to his right, pulled up and let go a short jumper that hit the front of the rim, bounced off the backboard and went in.

A last-gasp shot from the Vols' Jordan Bone bounced away, and Custer threw the ball off the scoreboard high above the court as he was mobbed by teammates in the same spot that the Ramblers celebrates Ingram's dramatic winner,,.

The Ramblers fell behind 15-6 in less than 5 minutes before the Volunteers missed their next nine shots and fell behind for the first time on Custer's 3-pointer with 6 minutes left in the first half.

Admiral Schofield scored 11 of those first 15 Tennessee points but didn't score again until a 3 nearly 32 minutes later that started a rally from a 10-point deficit in the final 4 minutes by the SEC regular-season co-champions.

Tennessee coach Rick Barnes lost at American Airlines Center, home of the NBA's Dallas Mavericks, for the first time in six NCAA games. The first four wins were during his 17 seasons leading the Texas Longhorns.

Schmidt, who leads the pregame prayer and gives the players feedback after, wasn't the only one pulling hard for Loyola.

Late-arriving fans waiting for crowd favorite Texas Tech in the late game joined the raucous Ramblers supporters wearing maroon-and-gold scarfs and standing almost the entire game in sections across the court from their team's bench.

Aundre Jackson, who grew up in the Dallas area, led Loyola with 16 points, and Custer had 10. Schofield scored 14 for Tennessee.

Loyola-Chicago is headed to the round of 16 for the first time since 1985, when it lost to Patrick Ewing and Georgetown. That was also the last time the Ramblers made the NCAA Tournament.