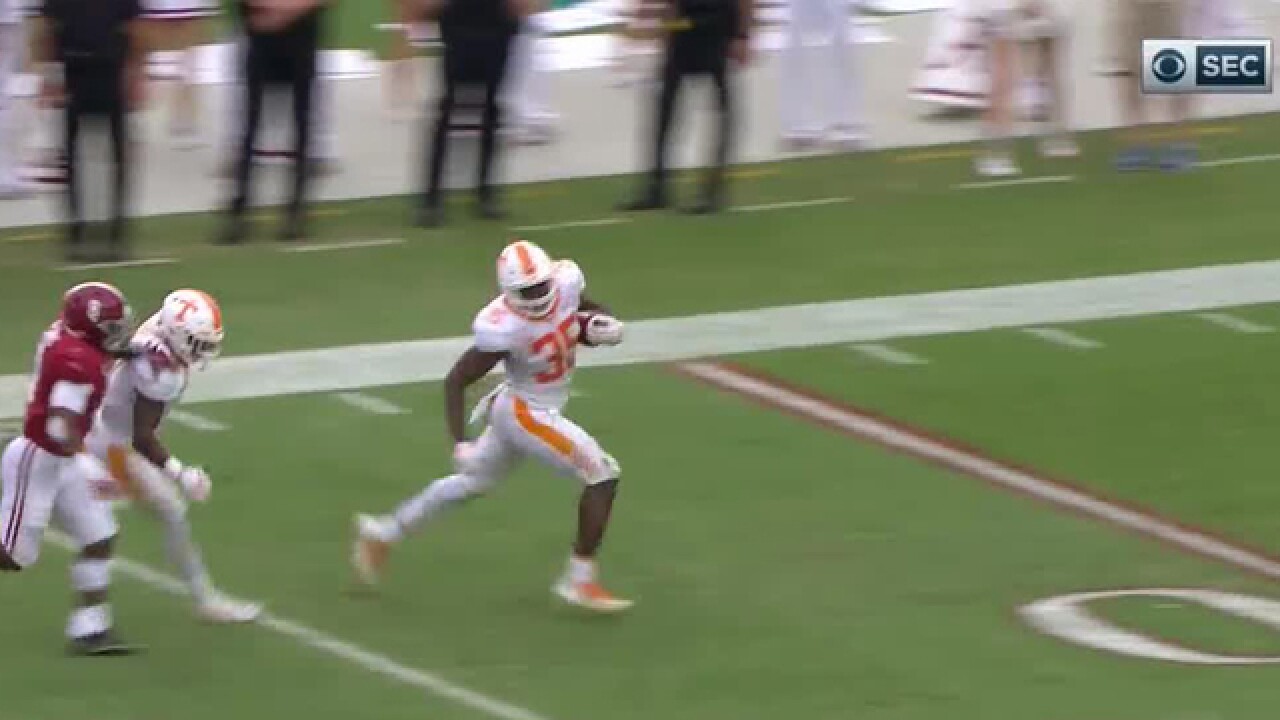 Bo Scarbrough had two fourth-down touchdown runs and No. 1 Alabama continued its domination of rival Tennessee with a 45-7 victory on Saturday.

The Crimson Tide (8-0, 5-0 Southeastern Conference) improved to 11-0 in the traditional Third Saturday in October game under coach Nick Saban while dealing another blow to the slumping Volunteers (3-4, 0-4) and embattled coach Butch Jones.

Alabama outgained Tennessee 604-108 in total yards even with reserves manning the offensive backfield most of the second half.

Tide quarterback Jalen Hurts capped the opening second half drive with a 14-yard touchdown pass to tight end Irv Smith and then watched from the sidelines the rest of the way.

The Vols did snap a streak of 12-plus quarters without a touchdown after that move. Linebacker Daniel Bituli intercepted Tua Tagovailoa's pass and raced 97 yards down the left sideline for a touchdown.

Tagovailoa added big plays after his mistake. He scored on a 23-yard run and then hit fellow freshman Henry Ruggs III for a 60-yard touchdown with 4:49 left. Ruggs has five catches this season, all going for scores.

Alabama made a goal-line stand in the fourth quarter with the stands mostly still packed and fans celebrating almost like it was a game-saver.

Alabama: The defense was strong as ever, but the offense and special teams each had turnovers. Hurts was a solid 13-of-21 passing for 198 yards. Damien Harris ran for 72 yards and a touchdown.

Alabama: Has an open date before hosting No. 24 LSU.