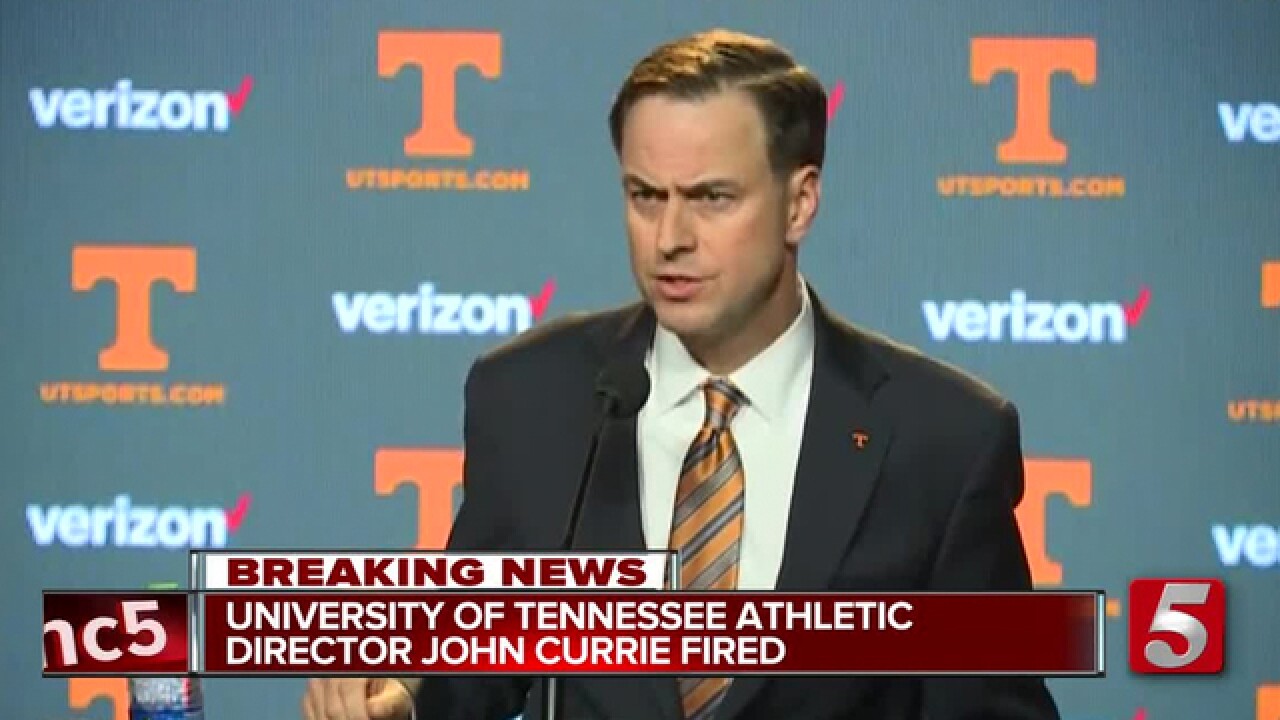 The University of Tennessee has fired Athletic Director John Currie, according to reports out of Knoxville.

CBS affiliate WVLT reports Currie has been fired after only eight months on the job.

This comes after the botched hiring of Greg Schiano as the school’s football coach. Currie had reached an agreement with Schiano, currently the defensive coordinator for Ohio State, to become Tennessee’s new football coach, replacing Butch Jones.

However, after word of Schiano’s hire leaked out, backlash from fans and legislators caused both sides to rethink the hire.

Currie issued a statement through the school’s athletic department, saying in part “I am grateful for your patience as our search for the next leader for the Tennessee football program continues, and I look forward to making that introduction soon.”

A press conference with UT Chancellor Beverly Davenport has been scheduled for 3 p.m. CT.