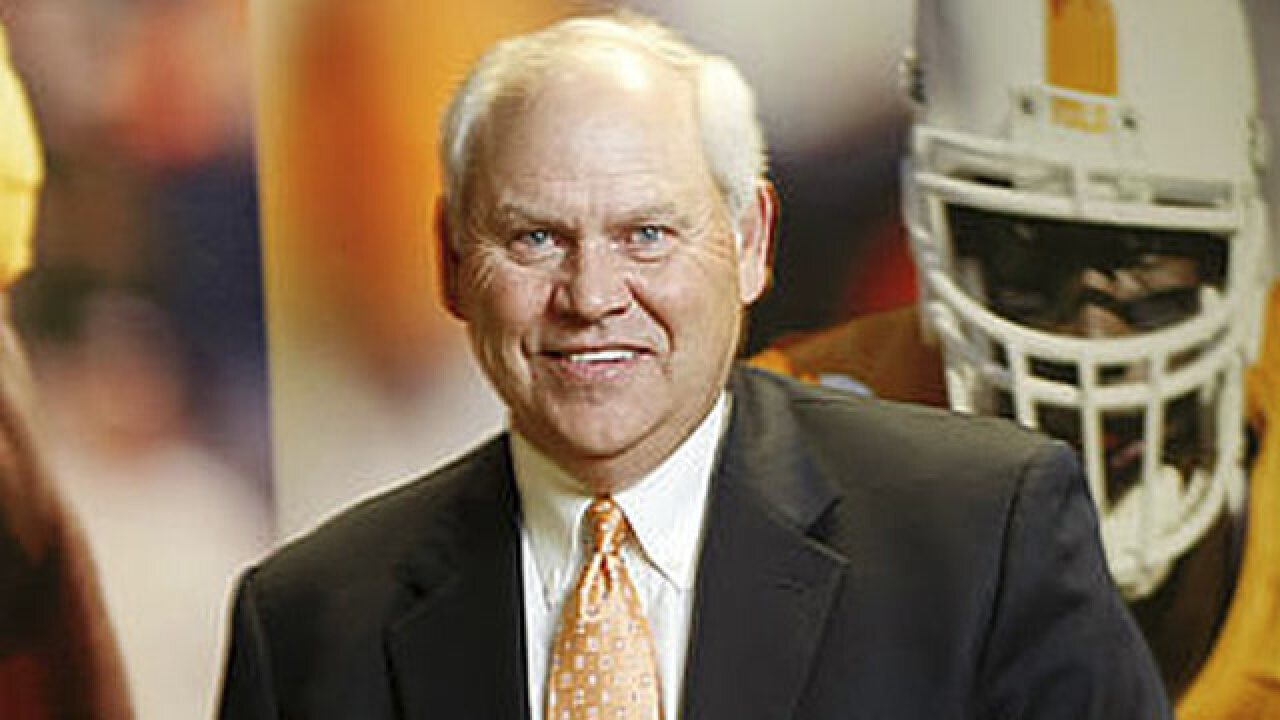 Tennessee Athletic Director Phillip Fulmer has signed a four-year contract to remain with the university after taking over the job last year.

The announcement was made Thursday. Fulmer took over as the university’s Director of Athletics in December.

He has been connected to Tennessee athletics for more than 40 years. The UT grad and offensive lineman returned as an assistant coach in 1980 before being named head coach in 1992.

Under his leadership, the Vols won back-to-back SEC titles in 1997 and 1998 and the 1998 BCS National Championship.

During his first week as AD, Fulmer finalized a deal to make Jeremy Pruitt the football program’s 26th head coach.