Vols Fall Short, May Have Sealed Jones' Fate Vs. Gamecocks 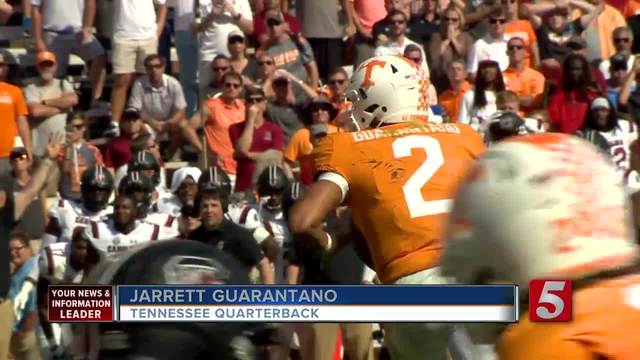 Tennessee's game against South Carolina, and perhaps Butch Jones's future on Rocky Top, came down to one play Saturday. Jarrett Guarantano's pass sailing through the hands of Brandon Johnson in the checkerboard end zone and incomplete, sealing a 15-9 Gamecocks win. 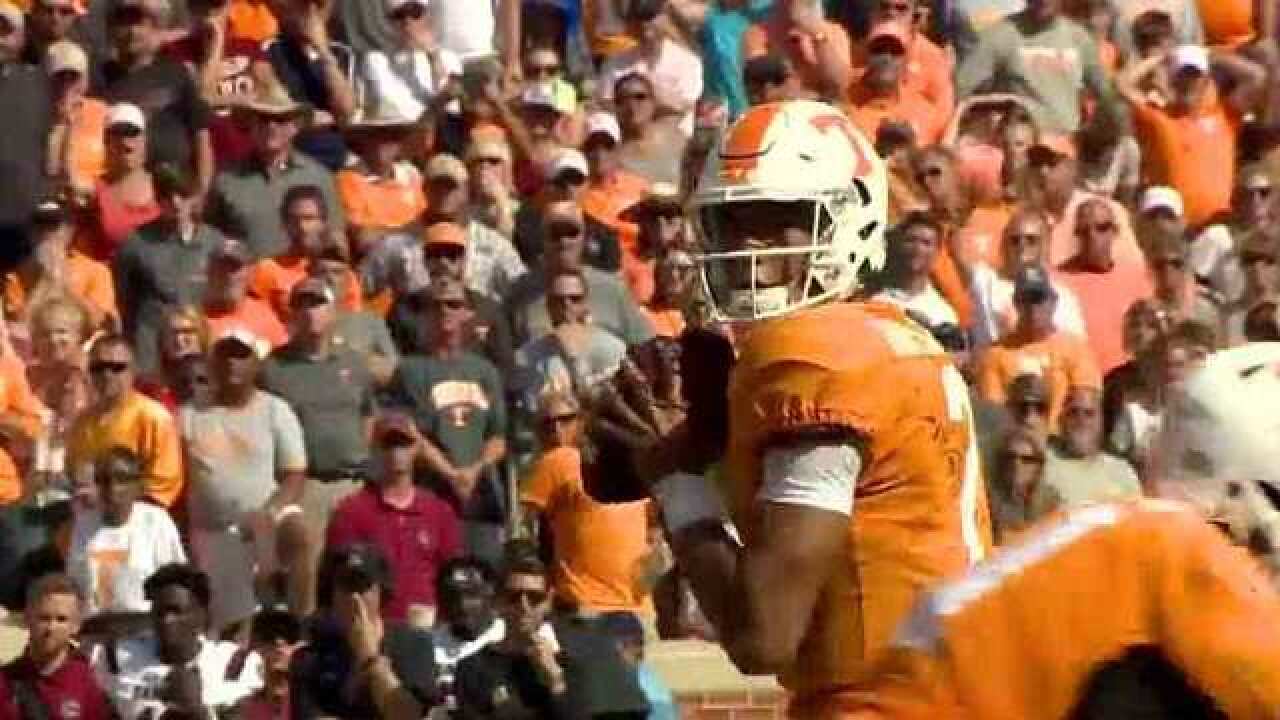 Tennessee's game against South Carolina, and perhaps Butch Jones's future on Rocky Top, came down to one play Saturday. Jarrett Guarantano's pass sailing through the hands of Brandon Johnson in the checkerboard end zone and incomplete, sealing a 15-9 Gamecocks win.

Guarantano, a redshirt freshman making his first career start, finished the game 11-18 for 133 yards, 73 of which came on Tennessee's final drive which started at it's own 25-yard line with 1:13 to go. But Guarantano's final three passes into the end zone all fell incomplete as South Carolina held on.

"Rollout right, I thought I had him. I need to make a better throw," Guarantano said. "It hurts."

It was a frustrating finish that has summed up what this Tennessee offense had been over the past month. Flashes of potential spoiled by mistakes and questionable play-calling.

Tennessee should've spiked the ball after a Marquez Callaway catch gave them first down at the five-yard line. Instead, they hurried to the line to run a play and cost themselves several seconds they could've used to have at least one more throw to the end zone. The Vols also had the opportunity with the certainty of only one play left with :01 left to put the ball in the hands of John Kelly, their top playmaker, but first year offensive coordinator Larry Scott elected to throw it one more time from the two-yard line instead.

"We had a run/pass option, so Jarrett could run it," Jones said after the game. "We just have to make a play, but we didn't, so it's very disappointing."

But the offensive woes came long before the final sequence. Tennessee ran for just 120 yards against a stingy South Carolina defense, and managed just six yards total in the second half before the game's final drive.

Including the final sequence, Tennessee failed to score a touchdown on four trips inside the red zone, settling for three field goals in the first half.

Allowed to hang around by the Vols inefficiency, the Gamecocks, not exactly an offensive juggernaut themselves, capitalized by wearing the Vols down in the second half. South Carolina scored on it's final three possessions. First with a 12-play, 95-yard touchdown drive to tie the game in the third quarter. And then with a pair of field goal drives in the fourth quarter that proved to be the difference when Guarantano's final pass fell incomplete.

Tennessee has now gone 150:25 since it's last touchdown dating back to the UMass game September 23rd. That narrow victory over the 0-6 Minutemen is the only thing preventing the Vols from riding a four-game losing streak into next week's trip to top-ranked Alabama.

Tennessee's now 0-3 in the SEC and has lost seven of it's last nine games in the conference. Those numbers only fuel the speculation that the embattled Jones could be handed a pink slip as soon as Sunday, midway through his fifth season at UT.

The thousands of empty seats at Neyland Stadium Saturday showed that belief in the direction of the program has waned to a point of concern that has to grab the attention of athletic director John Currie and administrators at Tennessee. Nothing they saw on the field Saturday will make them feel better about things.

Lose next week at Alabama and the Vols will sink to 3-4 ahead of a trip to Kentucky. Lose that one and they might return to a half-empty Neyland Stadium to face Southern Miss November 4th. That should prompt action at a proud football school that's fed up it hasn't won even a SEC East division title since 2007.

So how long do Currie and UT wait to part ways with Jones while the program loses all momentum? That's still anyone's guess.

But after another loss Saturday it seems more and more like the question is when, and not if, a move will be made.