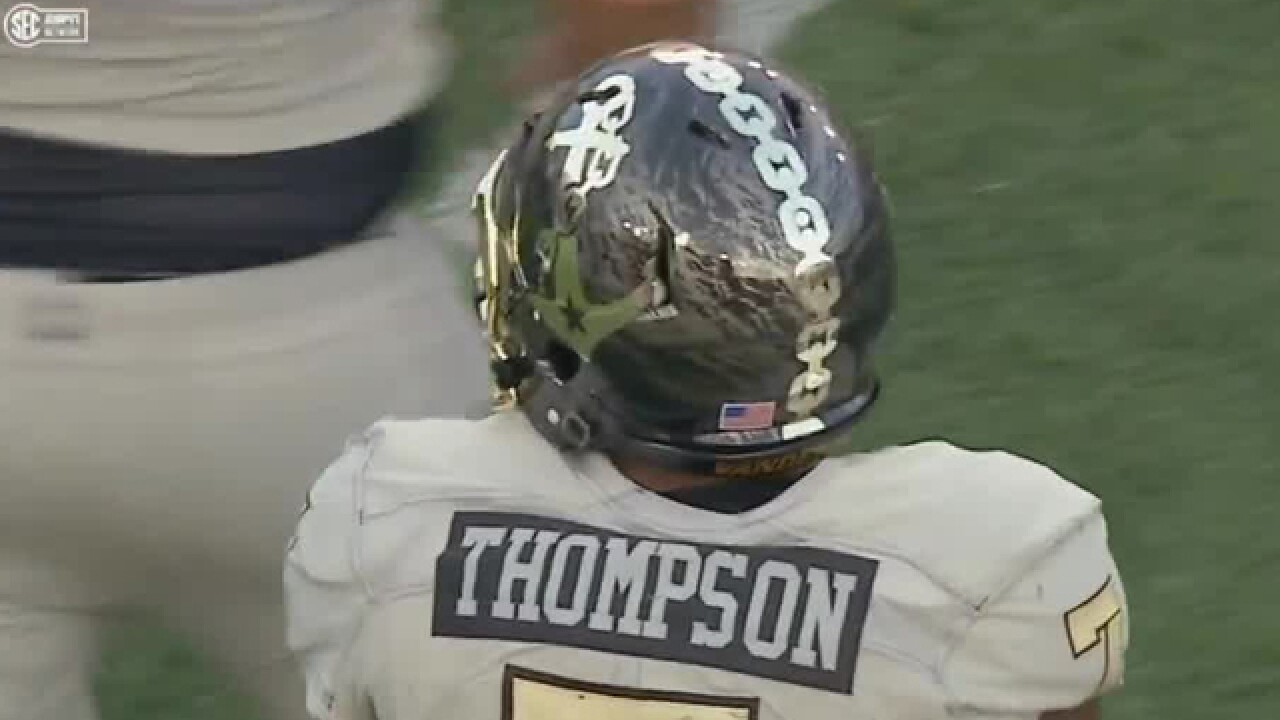 Kyle Shurmur threw four interceptions and one TD, and was sacked five times. He is tied for second with Jay Cutler (21) for most single-season TD passes in Vanderbilt history.

Ralph Webb rushed for 70 yards and one TD for the Commodores. The senior passed Florida's Emmitt Smith in career yards and moved into the top 10 in SEC rushing history.

Kentucky spotted Vanderbilt a 7-0 lead in the first quarter before rallying for 34 consecutive points to take control.

Vanderbilt struck first on Webb's 37-yard run with 5:37 left. The Wildcats tied it at 7 on King's 22-yard run to the right late in the quarter and went ahead 14-7 on Snell's 22-yard TD run early in the second quarter.

Two Kyle Shurmur interceptions late in the first half set up a pair of Kentucky field goals by MacGinnis. Derrick Bailey's interception and 44-yard return to the Vanderbilt 20 set up MacGinnis' 42-yard field goal that increased the Wildcats' lead to 17-7 with 2:09 left in the first half. Mike Edwards' pick gave Kentucky the ball on the Vanderbilt 43 and MacGinnis capitalized with a 40-yard field goal that stretched Kentucky's lead to 20-7 as time expired in the half.

Shurmur's 17-yard TD pass to Kalija Lipscomb narrowed the deficit to 41-21 with 13 seconds left in the third quarter.

MacGinnis' third field goal, this one from 39 yards out, increased the Wildcats' lead to 44-21 with 7:56 remaining.

Kentucky cornerback Kendall Randolph left the field with an injury with 3:01 left.

Kentucky: The Wildcats are on track for their best regular season since going 8-3 in 1984. They'll be underdogs next week at Georgia before finishing with a winnable home game against Louisville on Nov. 25.

Vanderbilt: The Commodores have allowed at least 34 points against all six of their SEC opponents and will probably have to win their last two games against Missouri and Tennessee to become bowl eligible.

Kentucky visits second-ranked Georgia in its last road game on Saturday. The Wildcats haven't defeated the Bulldogs since a 34-27 win in 2009.

Vanderbilt hosts Missouri in its final home game on Saturday. The Commodores have won three of their last five against the Tigers although Missouri won 26-17 last year.