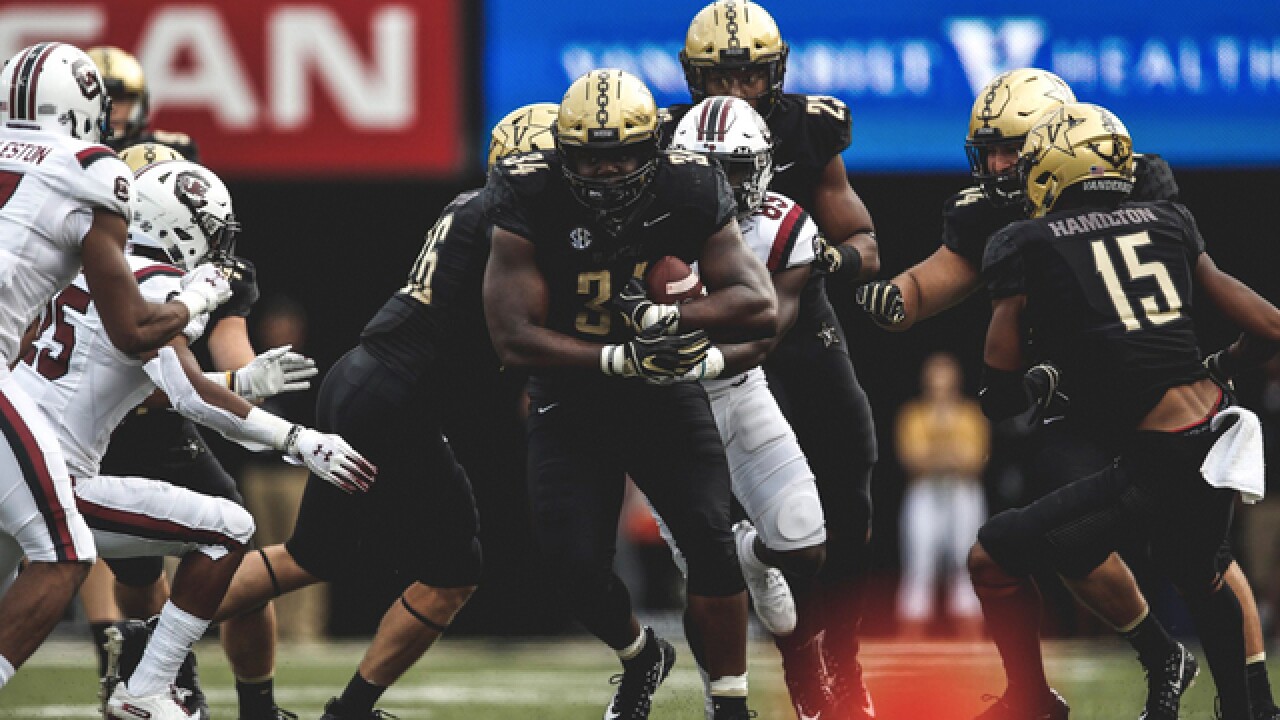 Jake Bentley threw for 261 yards and a touchdown, and the South Carolina Gamecocks bounced back from their hurricane-forced break, routing Vanderbilt 37-14 Saturday.

South Carolina (2-1, 1-1 Southeastern Conference) had its game against Marshall canceled by Hurricane Florence , leaving the Gamecocks looking for a 12th game this season. The Gamecocks hadn't played since being routed 41-17 by now-No. 2 Georgia on Sept. 8 .

They showed no rust as South Carolina won its 10th straight and 17th in the last 19 years against Vanderbilt.

The Gamecocks scored the game's first 10 points and then reeled off 20 straight after Vanderbilt got within 17-14 late in the first half. South Carolina could have had a bigger margin of victory but lost two fumbles inside the Vandy 30 in the fourth quarter after a 39-minute lightning and rain delay.

Vanderbilt (2-2, 0-1) felt pretty confident coming into its SEC opener after coming up just short in a 22-17 loss at No. 8 Notre Dame last week . The Commodores couldn't match Bentley and the Gamecocks who outgained them 149-32 in the first quarter and finished 534-284 in total offense.

Ke'Shawn Vaughn scored on a 2-yard TD run after an interception. Kyle Shurmur added a 2-yard TD pass for Vanderbilt. The Commodores struggled with snapping the ball and even switched right guard Bruno Reagan over to center late. It didn't help with a bad snap on third down and Vanderbilt trying to chip away at the Gamecocks' lead late.

South Carolina: The Gamecocks have plenty of options on offense, and Bentley knows how to distribute the ball. Sophomore Shi Smith had a career-high 108 yards receiving on just four catches by halftime, one for a TD and another going for 52 yards. Smith finished with 119 yards receiving.

Vanderbilt: The Commodores got a big defensive wakeup call. They came in ranked 15th nationally giving up just 13 points a game, and Vanderbilt had given up only six points in the second half this season. The defense came through with its biggest play with Dare Odeyingbo's first career interception at the end of the first quarter. But the Commodores gave up 10 points in the third quarter to South Carolina.