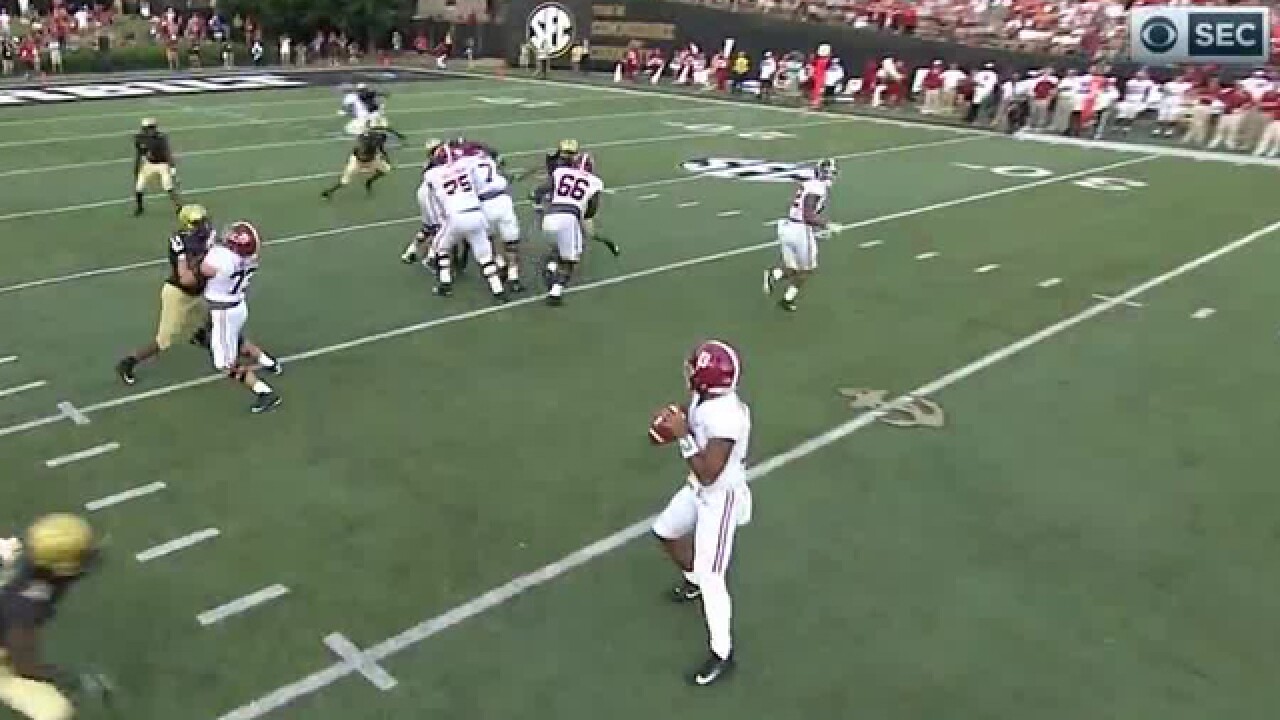 Alabama (4-0) now has won 19 straight over the SEC East. Better yet, the Crimson Tide hasn't lost to Vanderbilt since 1984 or in Nashville since 1969. Both streaks were assured at the end of the first quarter with Alabama up 21-0 after the second of Harris' TDs.

Vanderbilt (3-1) came in as one of the five remaining undefeated teams in the SEC with the nation's stingiest defense in points, total yards and against the pass. The Commodores had allowed just 13 points combined through three games, yet they proved no match against Alabama's dominating ground game.

Harris topped his season's best by the end of the first quarter and needed only 12 carries for his big day, thanks to a 61-yarder in the first quarter . Scarbrough ran 11 times for 79 yards more with TD runs of 6 and 2 yards. Brian Robinson added a 17-yard TD run in the fourth quarter for a 59-0 lead.

The Crimson Tide simply smothered Vanderbilt, allowing just 49 yards in the first half to Alabama's 48 offensive plays. Alabama finished with a 677-78 edge in total offense.

Alabama got linebackers Rashaan Evans and Anfernee Jennings back after they missed the last two games with injuries. Jennings forced a fumble recovered by Da'Shawn Hand for the second turnover by the Tide defense in the first quarter. Ronnie Harrison intercepted a tipped pass that ended Vanderbilt's opening drive.

Alabama: The Tide showed the defensive woes against Colorado State were a mere blip, forcing two turnovers within the first 12 minutes.

Vanderbilt: As disheartening as this loss was, Alabama has been doing this to everybody in the Eastern Division and most of the conference. The Commodores now have to regroup quickly with the SEC schedule only getting started, but this was their worst loss since a 66-3 loss to then-No. 2 Alabama in 1979. It was the third-worst loss in school history.