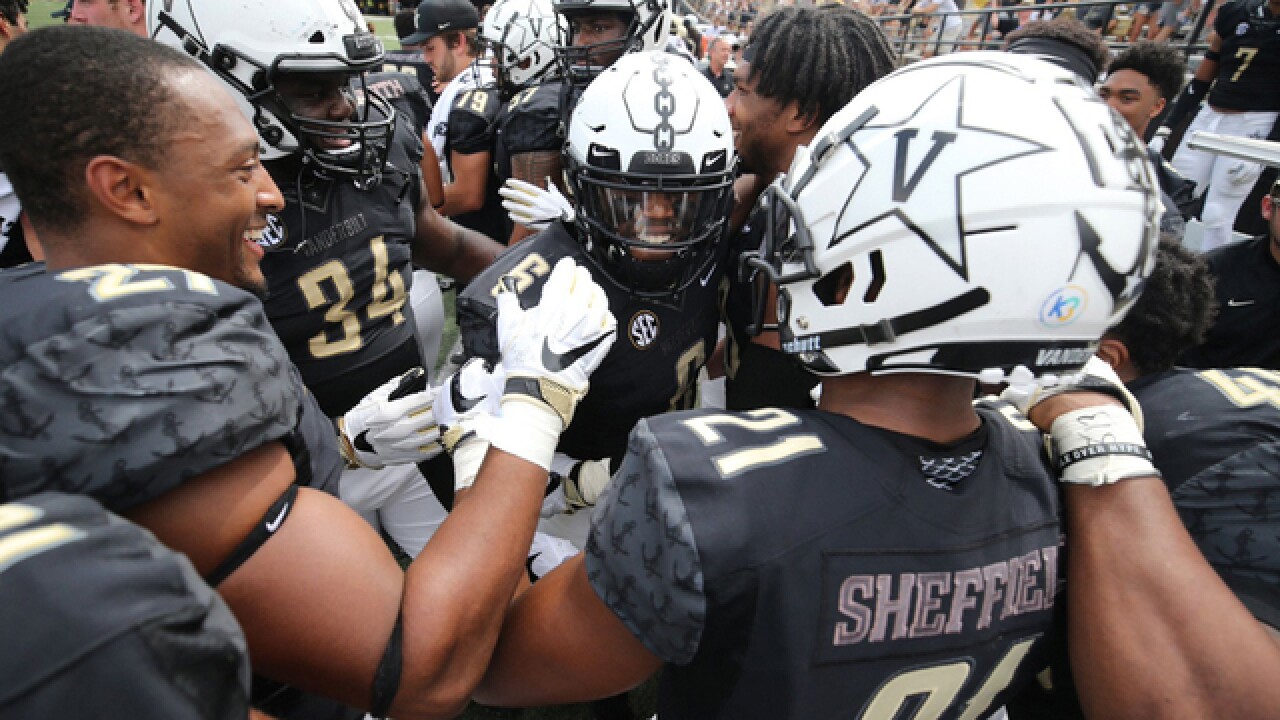 Carrying on from last week's opener against Middle Tennessee, the Commodores (2-0) were rock-solid defensively from the start, holding the Wolf Pack to 124 yards in the first half and 250 overall, a week after coach Jay Norvell's team scored 72 points on 636 yards against Portland State.

But Vanderbilt's failure to score on two promising drives into the red zone to start the game allowed the visitors from the Mountain West Conference to keep things close, tightening the score to 17-10 on a 9-yard Ty Gangi pass to Brendan O'Leary-Orange in the final minute of the first half.

Nevada (1-1) never closed the gap, though, going three-and-out to start the third quarter. Vanderbilt responded with an impressive 11-play, 77-yard drive, draining 6:17 off the clock, ending with a 25-yard Ryley Guay field goal.

In contrast to the game's start, Vanderbilt scored on three straight drives to open the second half with a 46-yard dash from the speedy Ke'Shawn Vaughn and Kalija Lipscomb's second touchdown catch of the day from Kyle Shurmur following Guay's kick, stretching a one-touchdown lead to a 24-point margin.

Shurmur finished 23 for 32 for 258 yards passing with no interceptions for the second straight week. Senior linebacker Josh Smith finished with 10 tackles, three for loss, in a standout defensive performance for Vanderbilt.

Vanderbilt: Facing three Top 25 teams the next four games -- including trips to No. 8 Notre Dame and No. 3 Georgia -- Saturday's win looks critical for Vanderbilt's bowl hopes.

Nevada: The Wolf Pack square off against another Power 5 opponent, hosting the Pac-12's Oregon State in Reno on Saturday.