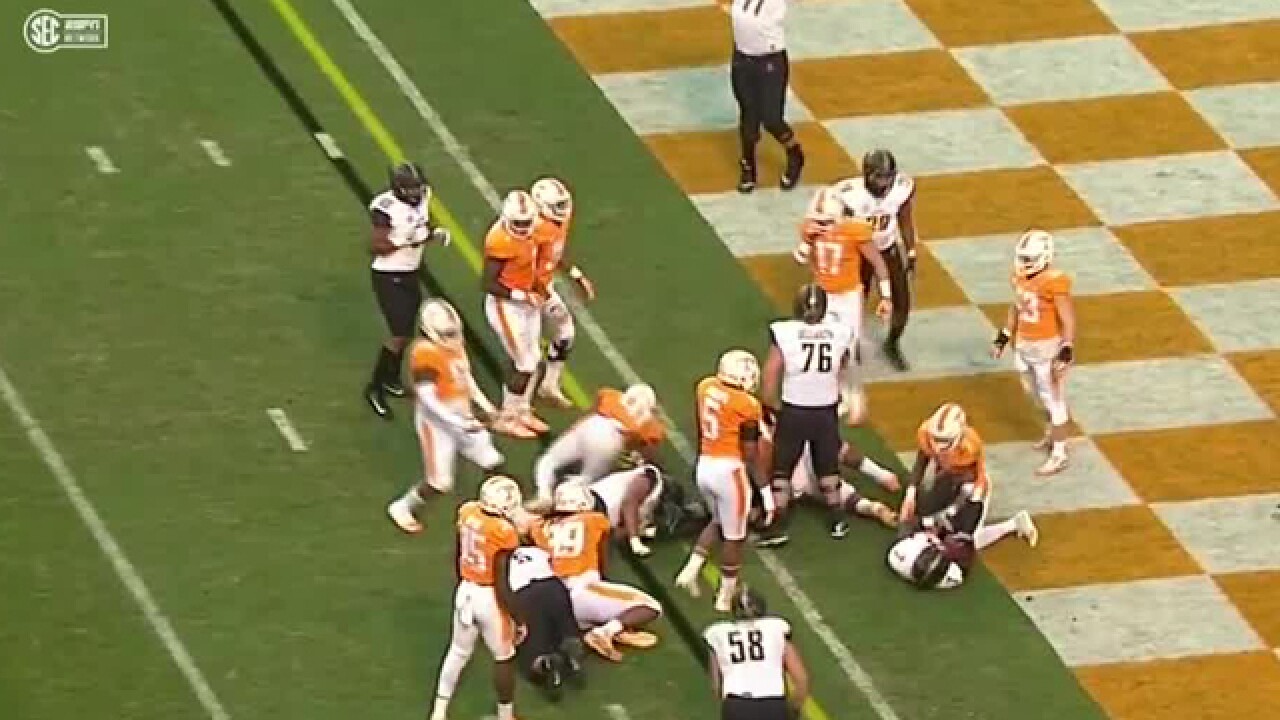 Tennessee's loss capped a hugely disappointing season that resulted in the firing of coach Butch Jones earlier this month.

After opening the year in the Top 25, Tennessee ended up with its first eight-loss season in school history. The Vols also went winless in SEC competition for the first time since the league's formation in 1933.

Shurmur went 20 of 31 for 283 yards and threw two touchdown passes to Trent Sherfield and one each to Kalija Lipscomb and C.J. Duncan.

Webb had touchdown runs of 2 and 20 yards to increase his career total to 32, breaking Vanderbilt's career record. Zac Stacy ran for 30 career touchdowns at Vanderbilt from 2009-12.

Vanderbilt scored touchdowns on its first three possessions to take a 21-14 halftime lead.

The Vols cut the lead to 21-17 late in the third quarter on Aaron Medley's career-long, 49-yard field goal, as Vanderbilt lost the ball in downs in Tennessee territory on each of its first two second-half possessions.

But the Commodores responded with 21 straight points to put the game away.

Tennessee's Jarrett Guarantano went 14 of 22 for 183 yards with two touchdowns and an interception, while Brandon Johnson had six catches for 107 yards.

Vanderbilt: Shurmur saves his best performances for the Commodores' biggest rival. He threw for 416 yards last year in a 45-34 victory over Tennessee that likely cost the Vols a Sugar Bowl berth. Shurmur was just about equally effective in Saturday's rematch. Shurmur's father, Minnesota Vikings offensive coordinator Pat Shurmur, was watching from the stands.

Tennessee: The run defense that has struggled throughout the last two seasons was gashed again Saturday as Vanderbilt ran for 246 yards and gained 5.7 yards per carry. The Commodores entered the night averaging just 3.4 yards per rush. Tennessee's offense scored touchdowns on its first two drives but finished with just 24 points against a Vanderbilt defense that had allowed at least 34 points in each of its first seven SEC games.

The Vols ran 21 times for just 55 yards against a Vanderbilt defense that had been allowing 5.1 yards per carry.

Vanderbilt carries plenty of momentum into next season after beating Tennessee for a second straight time.

Tennessee chooses its next coach.