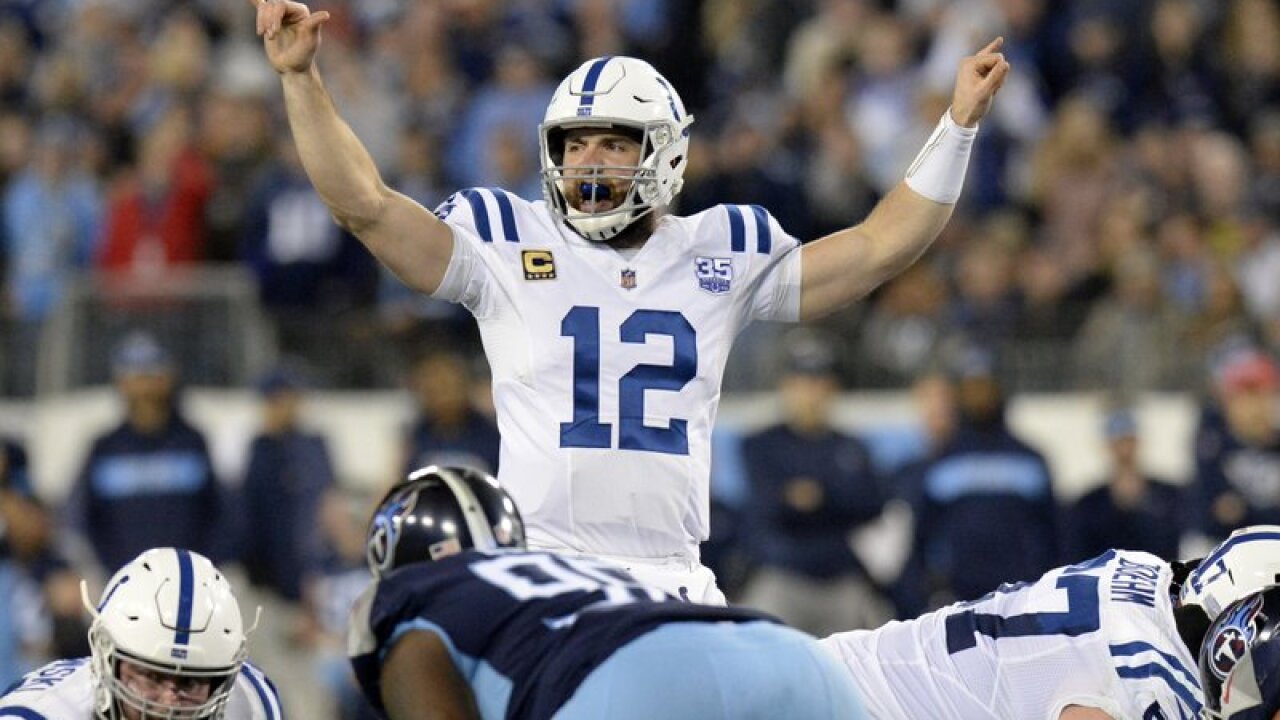 NASHVILLE, Tenn. (AP) — Andrew Luck threw for 285 yards and three touchdowns and the Indianapolis Colts beat the Tennessee Titans 33-17 on Sunday night for the final spot in the postseason as the AFC's No. 6 seed.

With the Texans winning the AFC South title earlier Sunday with a victory over Jacksonville, that left the Colts and Titans playing for the second wild-card berth and a visit to Houston on Saturday.

Luck remained perfect against the Tennessee Titans, notching his 11th victory for the most wins by a quarterback since at least 1970 to win his first 11 starts against one franchise. He helped the Colts (10-6) -- under first-year coach Frank Reich -- earn the franchise's first postseason trip since the 2014 season.