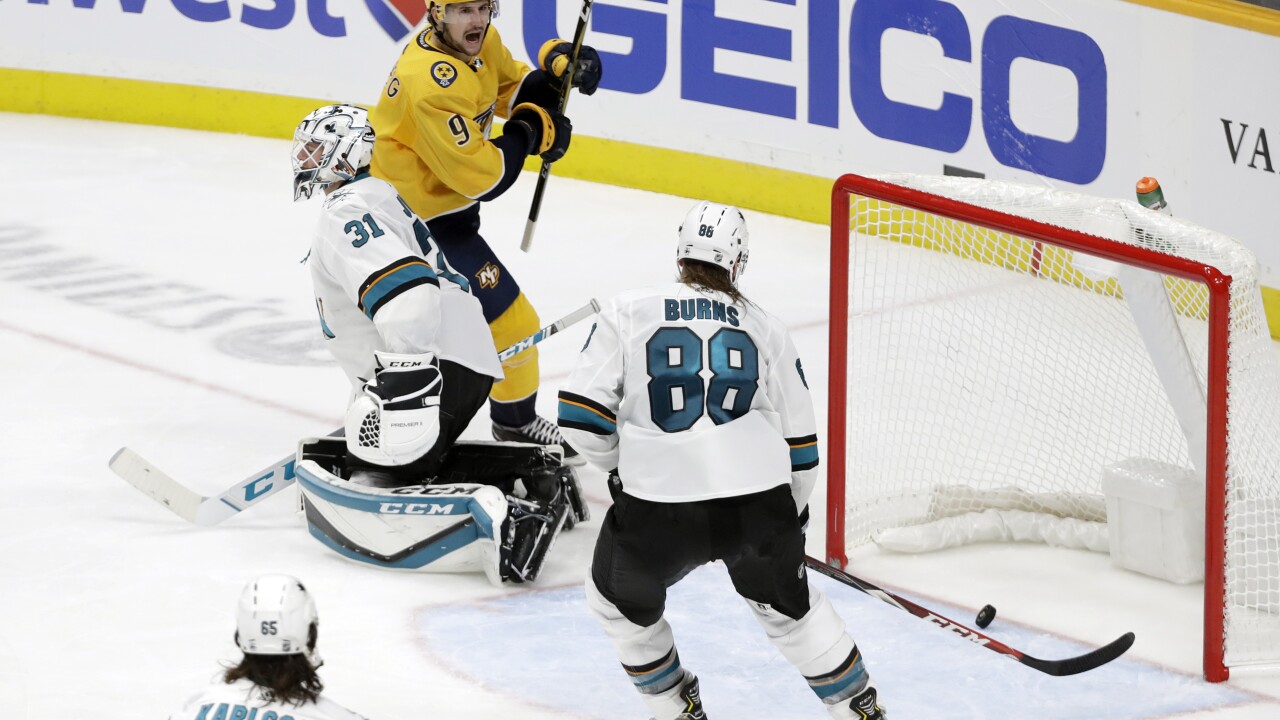 Kyle Turris, Filip Forsberg and Dante Fabbro also scored for the Predators, who have won two of three to start the season.

Brent Burns had a goal and an assist and Evander Kane also scored for the struggling Sharks, now 0-4.

Colton Sissons carried the puck into the San Jose zone. From the right faceoff dot, he found Josi skating through the slot with a pass. Josi beat Sharks goaltender Martin Jones with a wrist shot high to the stick side.

Jones finished with 20 saves. Josi scored again at 10:25 of the second.

With the Predators on a power play, Forsberg's attempt from the left faceoff dot hit the shaft of Jones' stick and then deflected off the post. Josi stepped in front of the Sharks' Marc-Edouard Vlasic's clearing attempt and then fired the puck into the vacated net on Jones' far side.

Kane halved the Predators lead at 15:12 of the second on the power play, deflecting Logan Couture's shot from above the left faceoff circle past Nashville goaltender Pekka Rinne for his first of the season. Rinne made 33 saves.

Kane returned to the lineup after serving a three-game suspension for physical abuse of an official during the team's final preseason game.

Turris gave Nashville another two-goal advantage early in the third with a wrist shot over Jones' glove off a bank pass from Rocco Grimaldi.

The goal was Turris' first of the season. He scored seven last season, during which he played in 55 games with two stints on injured reserve.

Forsberg found the net 7:24 of the third, set up by Matt Duchene, who has six assists in three games with Nashville.