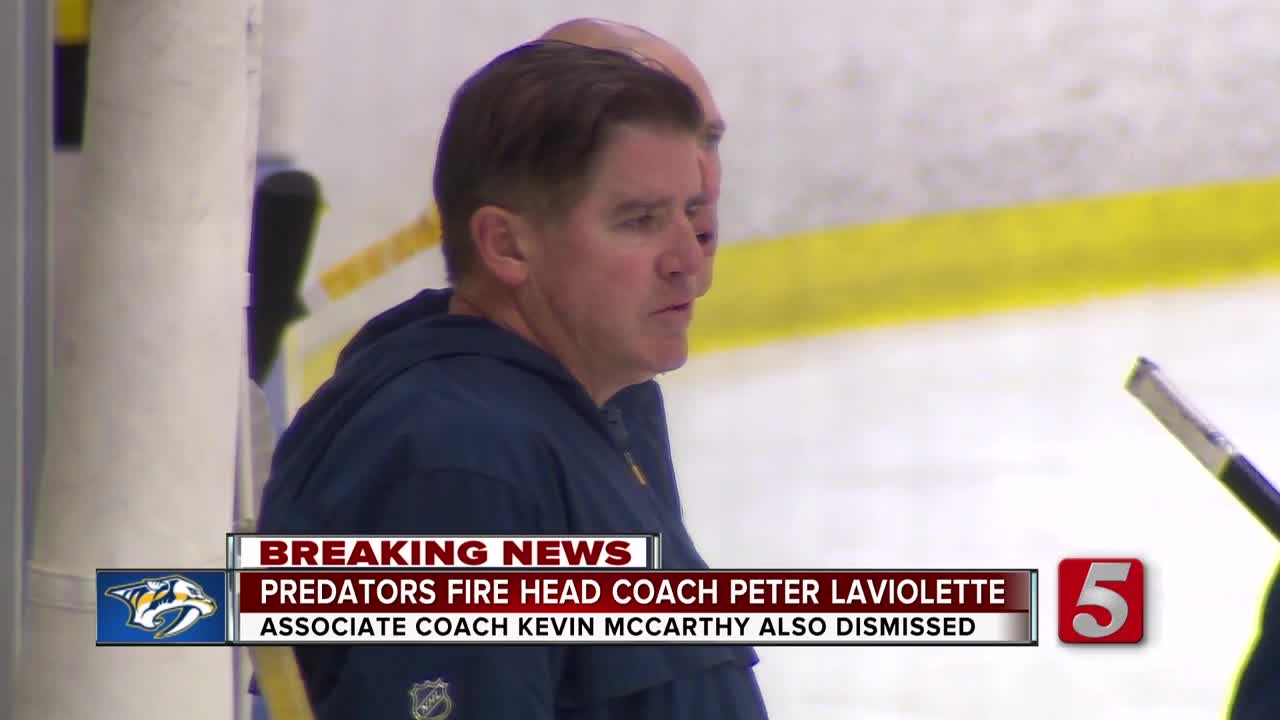 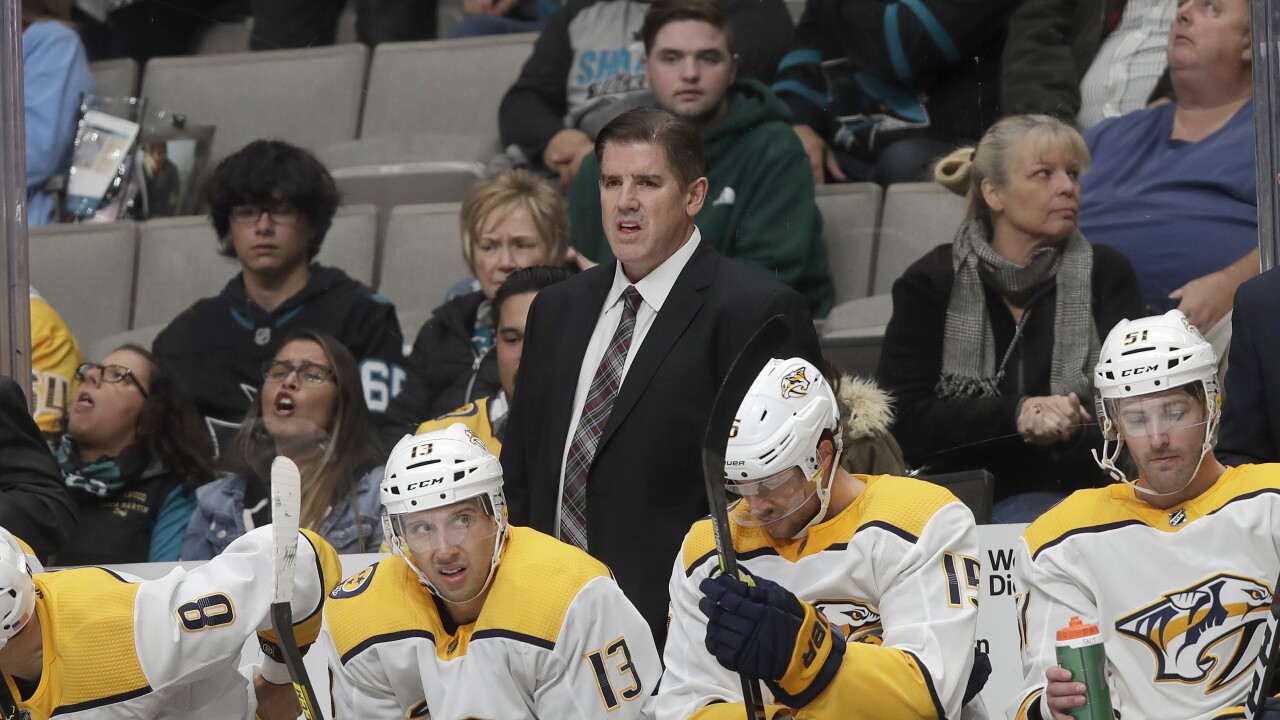 NASHVILLE, Tenn. (WTVF) — They say if you coach long enough, you'll get fired. Nobody knows that as well as Peter Laviolette, who was given pink slips in New York, Carolina and Philadelphia, and Monday met his inevitable end in Nashville when General Manager David Poile made the decision to let him go.

The move came after the Predators’ shootout loss in Anaheim Monday night. It was the team’s fourth loss in five games coming out of the Christmas break and kept the team in sixth place in the Central Division, and not near the top of the Western Conference as expected.

More troubling, it was another game that featured a long lapse in play that proved costly. After taking a 2-1 lead early in the second period, the Preds seemingly lost their way, with mistakes leading to four penalties, the final two turning into power play goals as the Ducks scored three goals in less than five minutes to take a 4-2 lead.

It was the type of bad stretch that should never happen against a struggling team like the Ducks, but has happened on multiple occasions this season to the Predators. Just in the five games since the holiday break, they gave up back to back three goal first periods to the Penguins and allowed the Stars to erase a 2-0 deficit with three goals in less than five minutes of the third period in Wednesday’s Winter Classic.

Whether it’s system or effort, something needed to change. And Poile had finally seen enough. The notoriously patient G.M. parting ways with Laviolette and top assistant Kevin McCarthy Monday in an effort to jumpstart a roster that has talent that far exceeds the 45 points in 41 games clip it’s on.

It had to be a difficult decision for Poile who will now be working with just his sixth different coach in nearly four decades of management, and only his third in 21 seasons in Nashville after riding the ups and downs with Barry Trotz for 15 full years after the team’s formation. But after watching the rival Blues replace their coach in the middle of last season and then climb from last place to Stanley Cup champions over the next six months, it was hard to ignore the potential benefits of what a change could bring to this group of Preds.

“Under the leadership of Peter and Kevin, our organization reached unprecedented heights – from our franchise-altering run to the Stanley Cup Final to a Presidents’ Trophy and our first two Central Division titles,” Poile said in a statement released by the team.

Laviolette will be remembered as the coach that started hang banners in Smashville. Hired to replace Trotz as just the team's second coach ahead of the 2014-15 season, he’s won 248 games and led the team to the playoffs in all five of his completed seasons. That’s a streak that ranks second longest in the NHL behind only the Penguins.

A team that had no banners hanging from the rafters three years ago now has five, and Laviolette’s a big part of that. And there’s no question he was masterful at managing a depleted roster from behind the bench during that memorable run to the Stanley Cup Final in 2017.

“Their passion for the game, ability to motivate a team and drive to be the best makes this a difficult decision,” Poile added, though there was no mention of this season.

Even Poile had to admit that Laviolette and McCarthy, a package deal now hired and fired together at three different stops, had lost this team. The stars are struggling, guys who have produced for other teams can’t dent the scoresheet here and even the Preds’ normally reliable goaltending has been off.

The hope that last year’s lackluster finish was an aberration has disappeared. Those struggles have become the new normal with this team, and followed the trend of Laviolette’s previous stops, where despite strong starts, that included a Stanley Cup title in his first full season in Carolina and a finals appearance in his first season in Philadelphia, he was summarily dismissed.

Laviolette had never made it five full seasons in any of his previous stops before Nashville. Now he’s gone 41 games into his sixth year with the Preds. He’s a great coach, but that track record speaks for itself.

It was time, and everybody knew it, which is why it’s best that Poile made the move now.

This is still a talented team that is only four points out of a Western Conference playoff spot with games in hand. A turnaround can still happen, but time is running out.