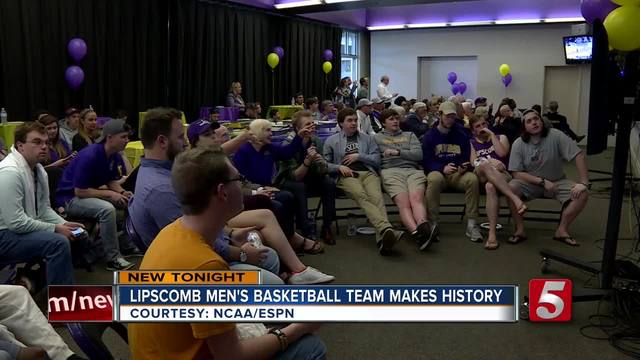 Lipscomb is headed to the NCAA Tournament for the first time, after Garrison Mathews scored 33 points and the second-seeded Bisons wasted most of an enormous lead before recovering to beat top-seeded Florida Gulf Coast 108-96 in the Atlantic Sun Conference title game on Sunday. 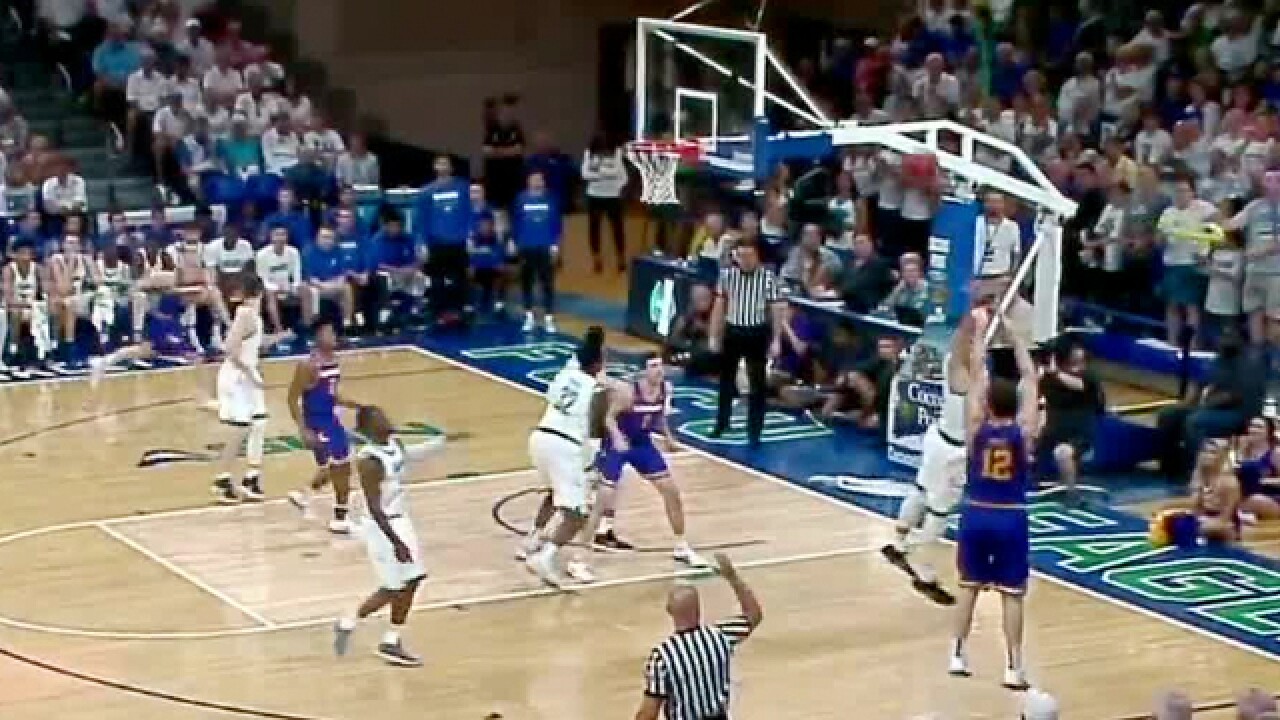 Lipscomb is headed to the NCAA Tournament for the first time, after Garrison Mathews scored 33 points and the second-seeded Bisons wasted most of an enormous lead before recovering to beat top-seeded Florida Gulf Coast 108-96 in the Atlantic Sun Conference title game on Sunday.

Kenny Cooper scored 17 for Lipscomb (23-9), which made 15 of its first 18 shots on the way to a 32-point lead late in the opening half. They still led by 32 early in the second half, and saw that get cut to five before hanging on in a frantic finish.

Zach Johnson tied an FGCU school record with 37 points, 29 of those coming after halftime. Brandon Goodwin added 34 for the Eagles (23-11), who had won the last two A-Sun titles and were bidding for a fourth NCAA trip in the last six seasons.

Rob Marberry and Matt Rose each scored 14 points and Eli Pepper finished with 13 for Lipscomb, which shot 65 percent from the field -- and made a staggering 20 of 23 shots from 2-point range.

Each of the last four games between the teams over the last two seasons was of the down-to-the-wire variety. Each team won twice and none was decided by more than five points.

This one started the same way -- briefly, anyway.

Over a staggering 16-minute stretch of the first half, Lipscomb outscored FGCU 52-21 to take a 60-28 lead shortly before the break. Mathews made his first four shots, three of them 3-pointers, in the first five minutes to set the tone for the Bisons, and he was up to 26 points by halftime.

The game was over.

Problem was, no one told FGCU.

The Eagles -- still down by 32 with 16:33 remaining -- went from finished to fighting to flourishing in the blink of an eye. Johnson scored 17 points in 3 1/2 minutes by himself, but even after that flurry FGCU still found itself down 19.

So they kept digging. Another 3-pointer from Johnson with 10:29 left cut the lead to 10. Goodwin's layup a minute later got it back to single digits for the first time in forever. Goodwin then connected on three 3-pointers in a 2-minute span, the last two of those getting the Eagles within five.

Lipscomb: The Bisons (yes, they use the plural, not Bison) won the title on the 12th anniversary of their only other appearance in the A-Sun title game, a loss to Belmont on March 4, 2006. ... Lipscomb coach Casey Alexander was an assistant on that Belmont team, and went to the NCAA Tournament as part of the staff there four times.

FGCU: The Eagles lost for only the third time in their last 19 games, that run coming after a 7-8 start to the season. ... This was FGCU's sixth trip to the Atlantic Sun title game in seven seasons of eligibility. ... Johnson fouled out with 3:22 left, and not only did he tie the FGCU single-game record, he set the mark for the Eagles' Division I era -- topping the 34 points scored by two others.

Lipscomb missed three consecutive shot attempts in one stretch -- its last two of the first half and its first of the second half. That was the longest "slump" by the Bisons all afternoon.

Lipscomb: On to the NCAA Tournament.