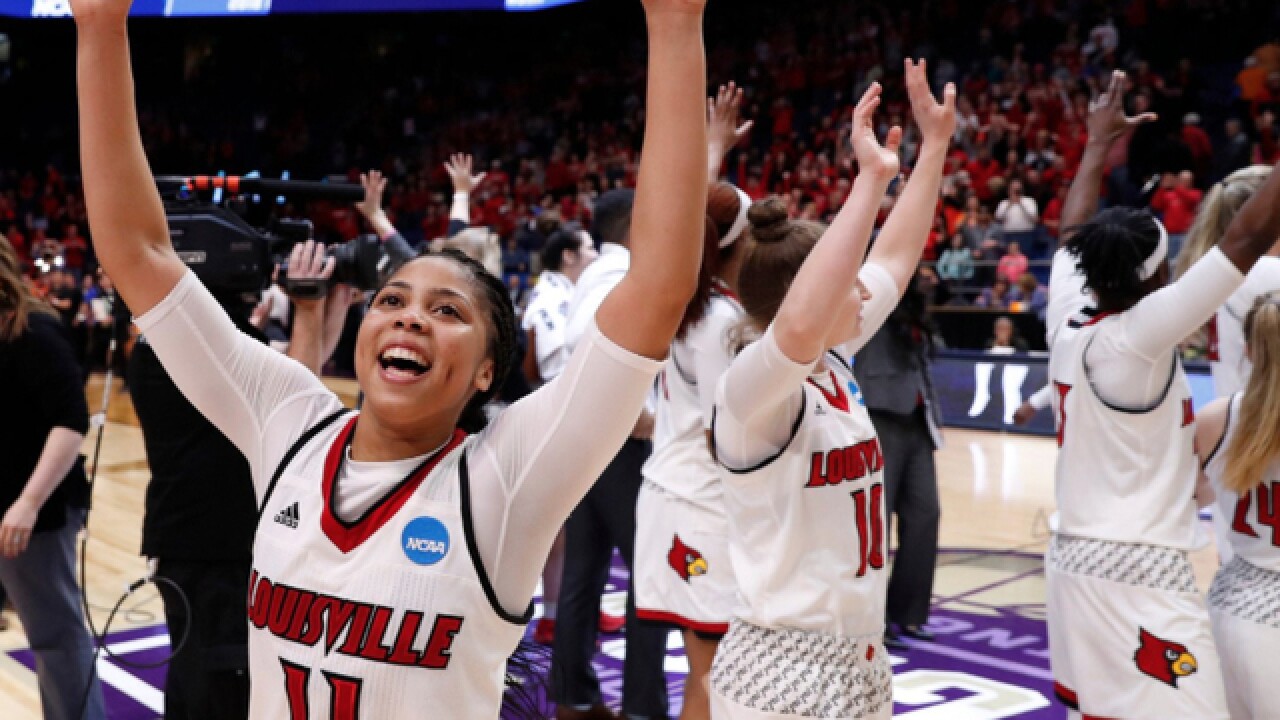 Copyright 2018 Scripps Media, Inc. All rights reserved. This material may not be published, broadcast, rewritten, or redistributed.
&lt;p&gt;Courtesy: Louisville WBB on Twitter&lt;/p&gt;

Playing its first regional final in four years, the Cardinals (36-2) never trailed in rolling to their 11th consecutive victory.

They outscored the Beavers 28-12 in the third quarter to break the game open and complete their run through the region by an average margin of victory of 27.5 points.

Sam Feuhring had 14 points and Arica Carter 10 for Louisville, which shot 48 percent. Players celebrated on the court before its red-clad following that traveled just under 80 miles east and hung around to watch them cut down the nets.

The No. 6 seed Beavers (26-8) struggled in their bid of adding Louisville to their remarkable run of upsets after previously ousting No. 3 Tennessee and No. 2 Baylor last week. Oregon State outrebounded Louisville 32-29 behind 6-foot-5 Marie Gulich (14 points, eight rebounds), but shot 35 percent in losing just their second game in the past 12.

Oregon State: The Beavers initially succeeded in limiting Louisville's scoring. But they couldn't make baskets against a rotation of coverages on Gulich and tight defense on others, especially on the perimeter. Keeping pace with the Cardinals' quickness was another struggle, especially during the pivotal third quarter in which Louisville took control.

Louisville: The Cardinals were a little too fast at the start, but made timely shots for an early edge. Hitting 3-pointers against Oregon States' zone was huge in spreading things out, and they hit another gear in the third quarter to put it out of reach. Louisville reached the Final Four in 2009 and 2013, losing to UConn both times in the championship game.

Adding another chapter to this storybook season.#FinalFourBoundpic.twitter.com/g1iZDpvj4m