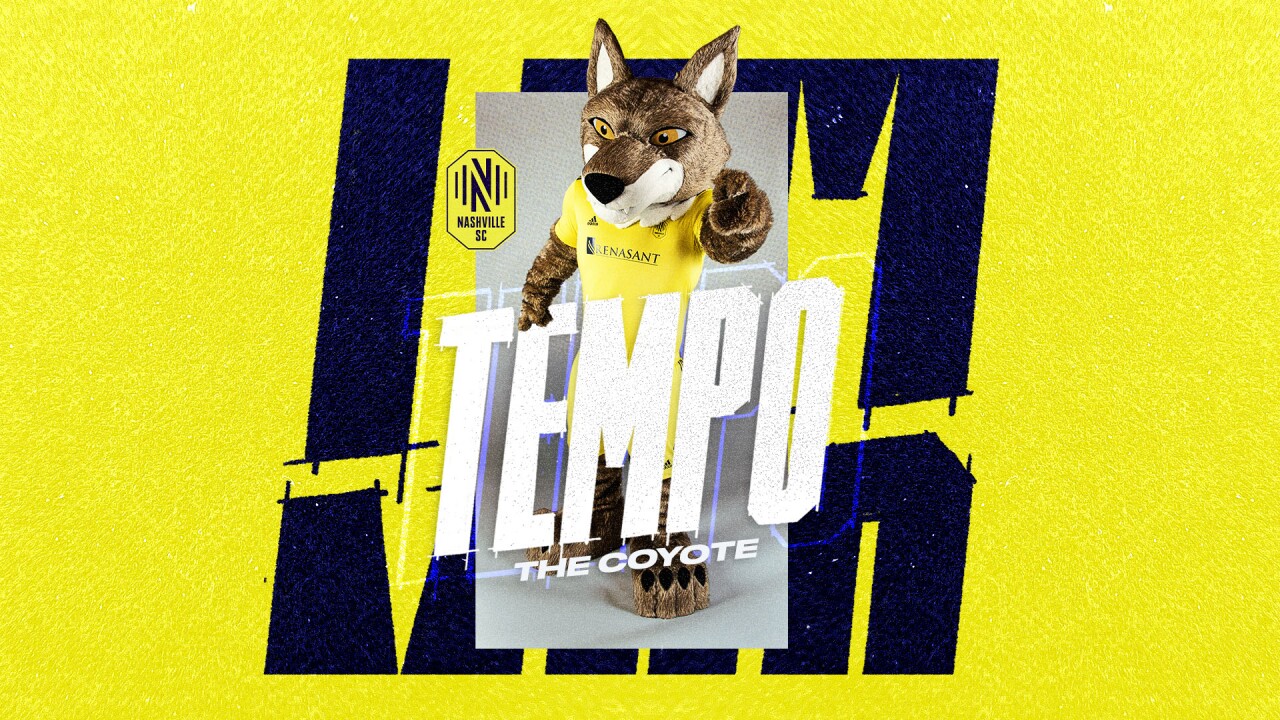 NASHVILLE, Tenn. (WTVF) — Nashville Soccer Club has introduced its official team mascot that pays homage to one of the Music City Center’s most iconic guests -- a coyote.

The club officially revealed Tempo the Coyote on Wednesday – two years to the day that a coyote wandered into an exhibit hall at the Music City Center and made its way into a bathroom.

The building’s security team secured the canine into a bathroom, where Metro Nashville Police Officer Brenna Hosey was able to remove him safely. Hosey was also one of the police officers who helped evacuate families before the Christmas Day bombing in downtown Nashville.

Reunited and it feels so good 💛 pic.twitter.com/awWmHgghDO