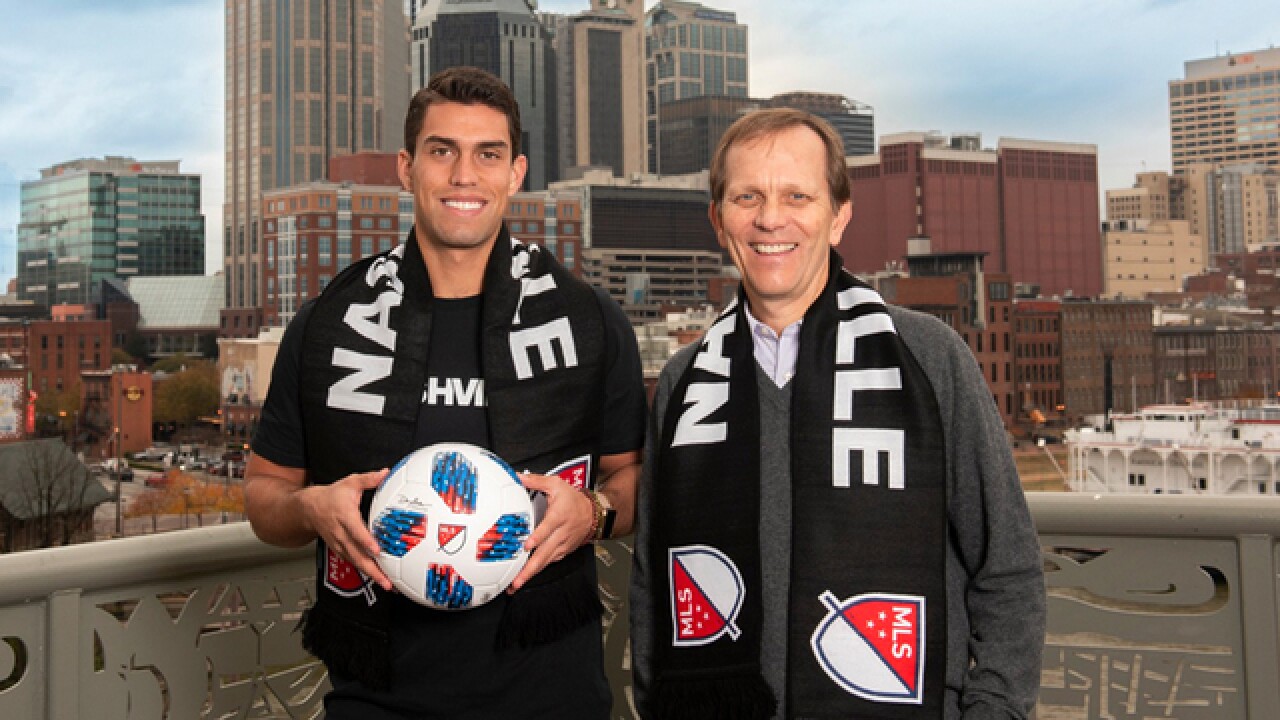 Copyright 2018 Scripps Media, Inc. All rights reserved. This material may not be published, broadcast, rewritten, or redistributed.
&lt;p&gt;Photo: Nashville SC&lt;/p&gt;

A native of Mexico, the 23-year-old had been with CD Guadalajara, more commonly known as “Chivas,” since 2015.

He made his club debut with two appearances in the Apertura Copa MX.

“Signing Daniel as our first MLS player shows our commitment to put a talented, diverse and exciting team on the field from day one of this franchise,” said Nashville MLS CEO Ian Ayre. “We look forward to welcoming him to the club and to seeing him play his part in our Major League Soccer ambitions.”

He spent the 2018 season in the U.S. on loan with North Carolina FC in the United Soccer League (USL).

Ríos will be loaned to Nashville SC until Nashville MLS takes the field.