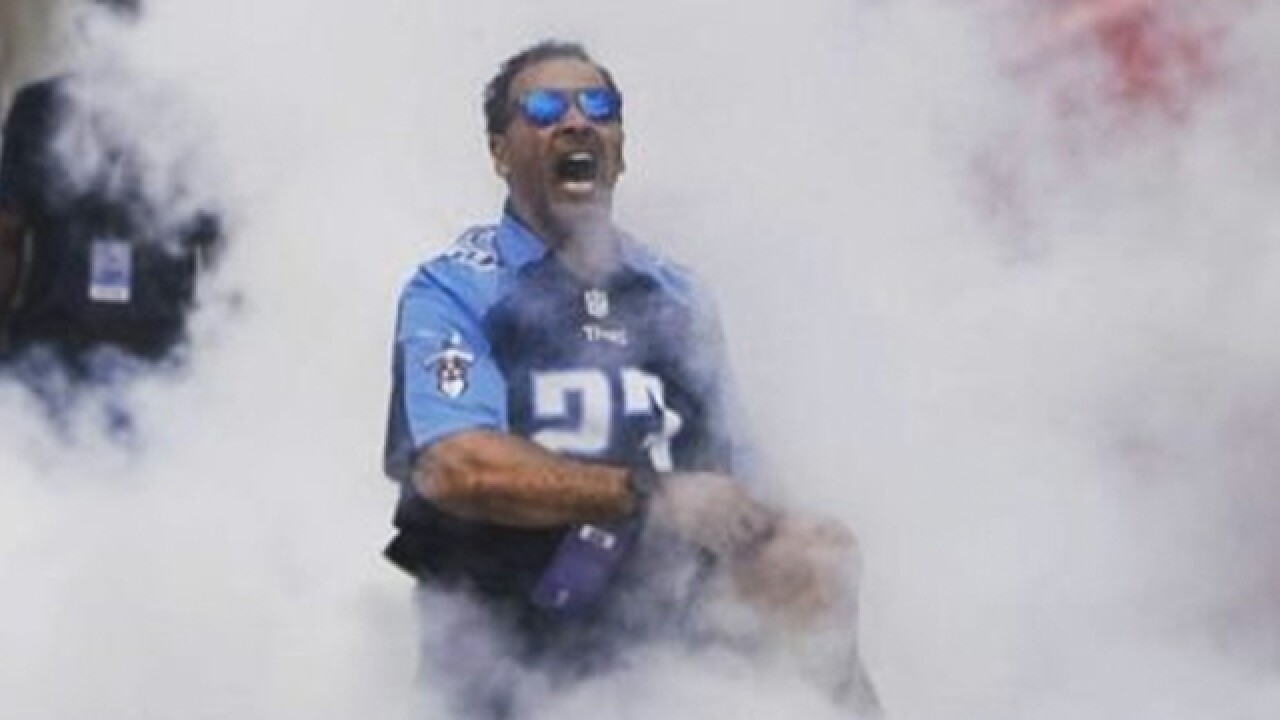 Copyright 2017 Scripps Media, Inc. All rights reserved. This material may not be published, broadcast, rewritten, or redistributed.
&lt;p&gt;Courtesy: Blaine Bishop on Twitter&lt;/p&gt;

Former Tennessee Titans safety Blaine Bishop has been selected to the Tennessee Sports Hall of Fame.

Bishop learned of his selection Saturday in a surprise announcement during a Titans homecoming alumni event. He will be inducted at a June 16 banquet.

Bishop was selected to four Pro Bowls while playing for the Houston Oilers and Tennessee Titans from 1993 to 2001. The former eighth-round draft pick from Ball State finished his career with the Philadelphia Eagles in 2002.

Bishop played on the 1999 Titans team that made the franchise's lone Super Bowl appearance. He has now been co-hosting a Nashville sports radio show.