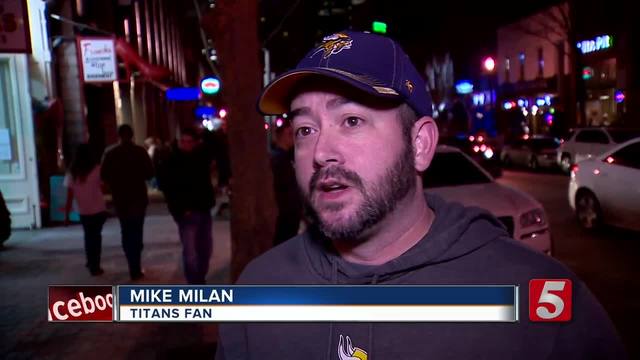 The Titans have confirmed a new hire for head coach, selecting defensive coordinator of the Houston Texans, 42-year-old Mike Vrabel. Titans leaders said they were looking for a “leader of men” when they went on the search for a new head coach earlier this week. 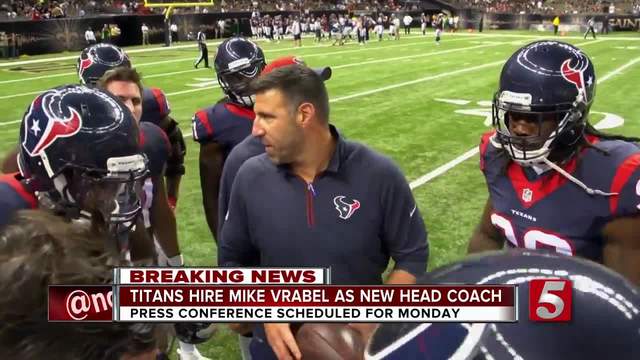 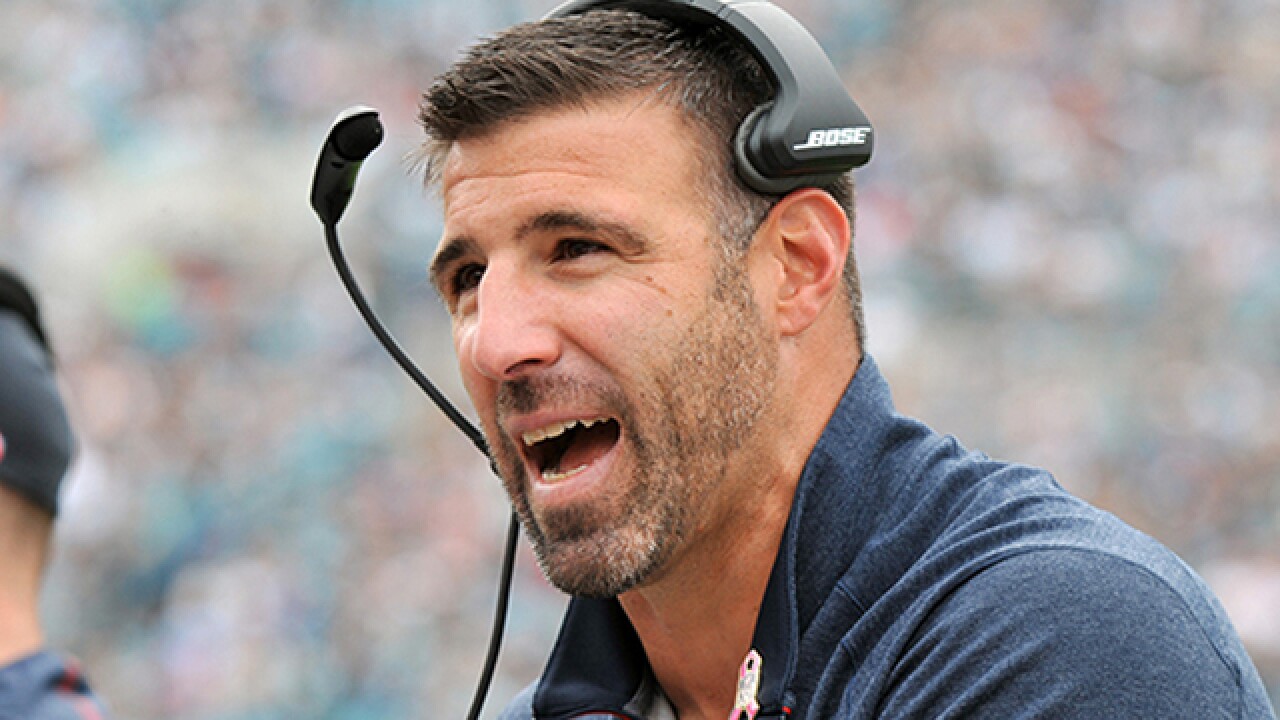 The Titans have confirmed a new hire for head coach, selecting defensive coordinator of the Houston Texans, 42-year-old Mike Vrabel.

Titans leaders said they were looking for a “leader of men” when they went on the search for a new head coach earlier this week.

Vrabel and the Titans agreed to terms on Saturday on a contract to make him the team’s new head coach.

The Titans said they’ve scheduled to introduce Vrabel at a press conference on Monday at Saint Thomas Sports Park.

Vrabel was one of three candidates to interview for the job. The team parted ways with Mike Mularkey on Monday. Vrabel was interviewed on Thursday in Nashville.

“I am excited to have Mike Vrabel joining our organization as our new head coach,” said Titans Controlling Owner Amy Adams Strunk said. “In the interaction between Mike and Jon (Robinson) during the interview, you could see their connection right away from the history they have with one another – seeing the game in a similar way and talking the same language. Mike has a commanding presence and a deep knowledge for how he will attack this head coaching opportunity.”

Those with the team said Vrabel “has a great reputation in football because of his leadership qualities. From his playing days in college and the NFL to his time as an assistant coach, those around him have raved about his presence, and how others respond to him.”

“This is an incredible opportunity and one I have been preparing for my entire football life,” said Vrabel. “I want to thank Amy, Jon and the entire Titans organization for putting their faith in me. I am excited to get to work and that work starts now. We want to build a culture around winning, competitiveness and toughness. Everything we do is going to be geared towards winning and being physical. We want to prepare our players so they know what to do, which will allow them to play fast and aggressive.”

In a statement Saturday, the Titans went on to say:

“Vrabel learned from one of the best in the game while playing for Patriots coach Bill Belichick in New England for eight seasons. He also played for the Steelers under coach Bill Cowher, he’s worked under Ohio State coach Urban Meyer, and Houston head coach Bill O’Brien.

Robinson, hired as the team’s general manager in January 2016 after spending time with the Patriots and Buccaneers in the NFL, knows Vrabel from his days in New England.

‘I have always had a great deal of respect for Mike as a player and as a coach,’ Robinson said. ‘I saw him up close as a player for the Patriots and saw how he prepared himself to be successful on a daily basis. He was the ultimate team-first player and he embodies that same mindset as a coach. He is intelligent, energetic, detailed and a leader whose deep passion for this game will resonate with our players. As a coach, I have seen him develop talent at both the college and NFL level, and put players in position for them to be successful. I am excited to get him in front of our team and watch us grow together as a team.’

… Vrabel served as defensive coordinator with the Texans last season after serving as linebackers coach from 2014-16 with the team.

Prior to that he coached at Ohio State, where he served as defensive line coach (2012-13) and linebackers coach.